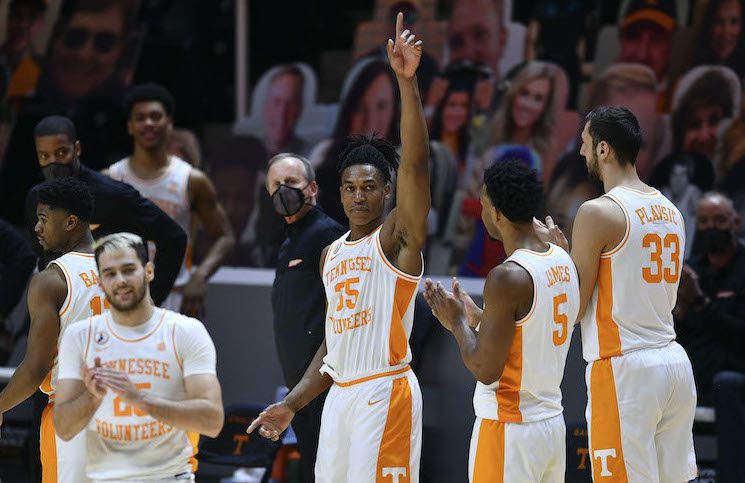 Pons returns to his native country after playing four years in Tennessee and one year of professional basketball for the Memphis Grizzlies under a two-way deal.

ASVEL play in Villeurbanne – a suburb of Léon – and are 300 km from Fuveau, Pons’ hometown.

ASVEL are one of France’s top professional basketball teams, winning the Pro A league two of the last three and three of the last six years. The franchise has won two French Cups in the same time frame.

Pons’ new side have frequently played in the Euro League and this decision allows them to measure up to the best competition in Europe.

Pons became Tennessee’s first 2020 SEC Player of the Year and landed on the SEC All-Defensive Team his junior and senior seasons in Knoxville. The 6-foot-6 forward was a dominant shot blocker, tallying 137 blocks during his college career.

The southpaw averaged 8.7 points and 5.3 rebounds per game in his senior season.

Pons signed an undrafted free agent contract with the Memphis Grizzlies last offseason before playing for the Grizzlies and their G-League affiliate, the Memphis Hustle. The athletic forward averaged 1.1 points and 1 rebound in 12 games with the Grizzlies.

In nine games with the Hustle, Pons averaged 9.4 points and five rebounds per game.