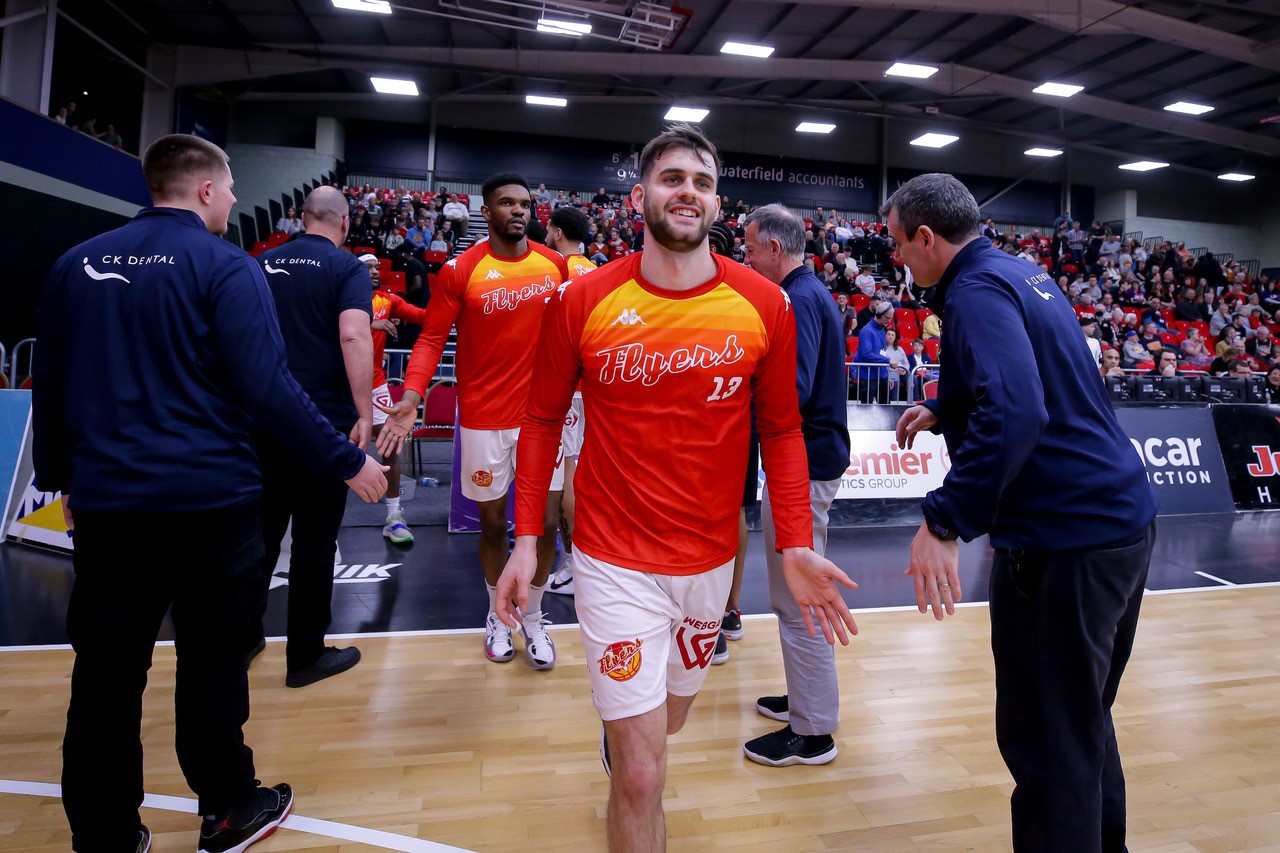 The Bristol Flyers have bolstered their 2022/23 BBL roster with a trio of young players called up to the first team.

Head coach Andreas Kapoulas has given a BBL opportunity to Pasquale Landolfi, Nassim Ladjimi and Jayden Edwards, all of whom will train with the wider squad ahead of the 2022/23 campaign.

Landolfi was first called up to the Men’s Second Team in 2021 and made six BBL appearances last season, while averaging 15.3 points and 4.8 rebounds per game for the NBL club’s Division Two.

Ladjimi returns to the first team after spending last season away at the International Sports Academy in Ohio. He previously came through the club’s Basketball Academy at SGS College and made four appearances for the BBL team during the 2020/21 season.

Welsh junior international Jayden Edwards has also been called up for the BBL side, having been part of the Flyers’ junior program since under-14 level.

The 18-year-old guard is entering his third year with the SGS Basketball Academy and averaged 14.5 points per game in the EABL last season.

Speaking on the trio of BBL calls, head coach Andreas Kapoulas said: “It’s great to have Pasquale, Nassim and Jayden on board for the upcoming season.

“The three players have followed our path as players and are proud to represent the club and the city.

“Pasquale learned a lot last season with our team and this experience will be very useful for him to start this season, while starting his postgraduate studies at the University of Bristol.

“Nassim had a great year at Ohio and is now looking to transition into his professional career, while Jayden is ready for his third year with the SGS Basketball Academy to further develop his game.

“We look forward to working with all three of them this season.”