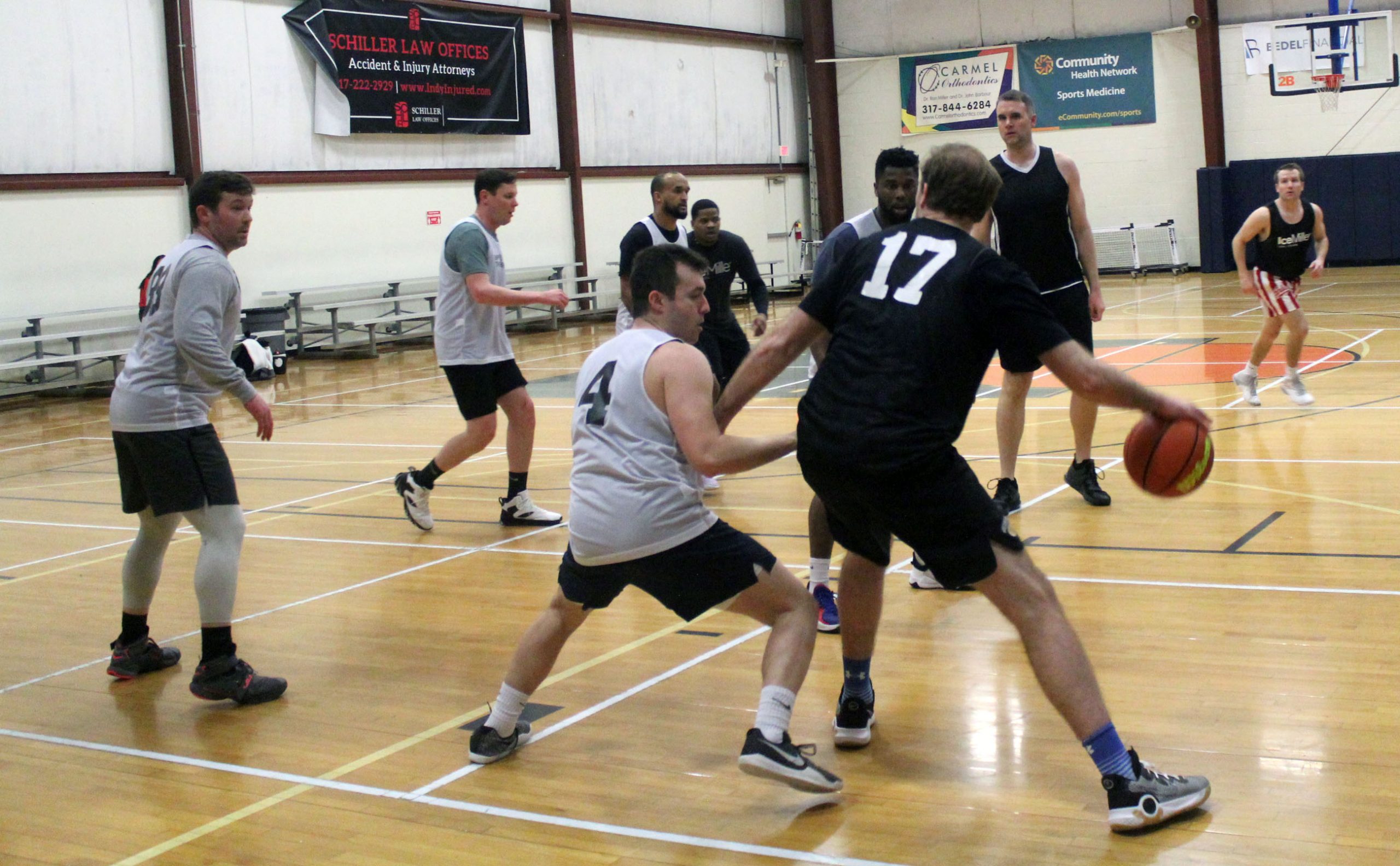 Members of the Indianapolis Lawyers Basketball League play a game on March 7, 2022 at the Indiana Basketball Academy. (IL Photo/Jordan Morey)

During the cold winter months, attorneys in central Indiana return to court after the sun goes down.

While there are plenty of motions, occasional pleadings, and even pews, the proceedings at meetings are very different from their day-to-day duties.

For about 13 weeks each year, dozens of lawyers swap their suits and briefcases for shirts and sneakers and hit the hardwood – a precedent set more than 40 years ago.

The Indianapolis Lawyers Basketball League was established in the late 1970s or early 1980s. Although the location of the games changed over the years, the league was held annually until 2014, when the commissioner of the time, Bob Wright, died.

Since the revival, the health of the league has remained intact. Last week, the league wrapped up its 2021-22 season with a single-elimination postseason tournament.

Ice Miller’s partner, Philip Genetos, was among the first group of lawyers to compete in the basketball league more than four decades ago.

Genetos recalled that when he started practicing law in 1977, there was a local attorneys’ softball league with a huge attendance of area attorneys.

Christie also recalled those days, estimating that there were 35 and 36 teams in the mid to late 70s split into three divisions. This softball league is still active today.

Although he couldn’t pinpoint the exact year, Genetos said that after one of the softball seasons ended, a few of the attorneys wanted to continue competing in track and field — so naturally they went to. indoors to participate in the sport that many Hoosiers treat like a religion.

At first, games were held at The Orchard School on the north side of town, and teams were made up of just lawyers and law students. The skill set at the time ranged from recreational to former NCAA Division I champion.

Phil Isenbarger, a partner at Dentons Bingham Greenebaum in Indianapolis, competed in the league for 20 years on and off. Prior to law school, he was captain of Indiana University’s NCAA championship team in 1981.

After clerking in the summer of 1982 for Bamberger & Feibleman, Isenbarger, a student at Bloomington Law School, began playing in the Lawyers’ Basketball League in 1983.

“It was always very competitive,” recalls Isenbarger. “Lawyers are competitive by nature, and you put them on the basketball court and things escalate pretty quickly. “…It was just a ton of fun because of the people I met, obviously most of them were lawyers. And so the relationships that I built were… they last to this day, and were probably key to me getting a job at Bingham Summers (Welsh & Spilman) at the time.

Christie said the league has had many top players in the past, including names like former Purdue and SMU player Tony Patterson and former Hoosier Jeff Oliphant, who played on the championship team at 1987 at IU, among others.

The league, which grew from eight teams at the start to an average between 12 and 16, eventually moved to Park Tudor School before finding a permanent home at Indiana Basketball Academy more than 20 years ago.

IBA, located at 3800 Bauer Drive West near 96and Street, was opened in 1996 by Tom Abernethy, a former IU basketball star who helped guide the Hoosiers to an undefeated national championship in 1976. The South Bend native was selected in the third round of the draft of the NBA by the Los Angeles Lakers and spent five years in the league with additional stints with the Golden State Warriors and Indiana Pacers.

A year after resurrecting the league, it was back in full swing with 15 teams. Last season there were a dozen teams.

Christie said the rules for participation have changed over the years, especially since the days when players had to sign affidavits stating they were lawyers. Now, law firms and their employees, individual attorneys, law students, paralegals and legal spouses are all invited to participate.

These days, Christie said the league has become more diverse, especially with more women lacing up to play.

In recent years, Christie said each of the law firm’s teams covered the cost of an IU McKinney team so students could play for free.

Jordan Oliver, an attorney at Barnes & Thornburg, was a summer partner for the firm when he was first asked to play. As 2L, he joined the IU McKinney team. Now working full-time for Barnes, he is one of the company’s basketball captains.

Before becoming a lawyer, while serving in the US Marine Corps, Oliver was selected from over 200,000 to represent Marines in basketball tournaments around the world as part of the basketball team. 18-member All-Marine ball.

Oliver said the networking and teamwork established through the basketball league is helpful in connecting lawyers with colleagues and lawyers from other firms, especially for law students.

Although lawyers are competitive by nature, Christie said the goal of the league remains: to build relationships and community.

“When I brought it back, the goal was really (to create) camaraderie and (to make it) collegial,” he said. “And don’t take it so seriously.” But as usual, you know, everyone wants to have the best players who like to play basketball, and so there are some really good players.

Christie is still playing in the league and he has two teammates who are also over 60. He said he probably still has a few more years to play but that at some point he will hand over the commissioner title to Goodman, who is currently the deputy commissioner.

Law firms, individual lawyers or law students interested in joining the league next year can contact Christie or Goodman.•