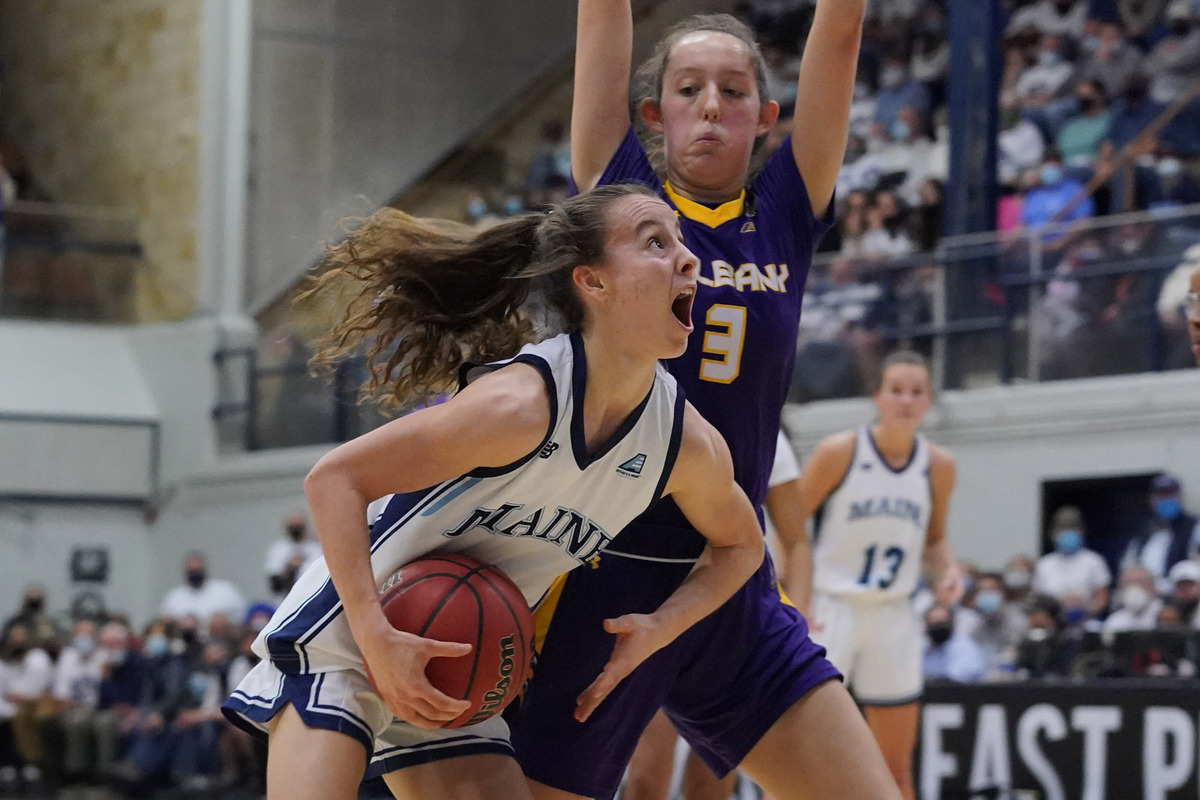 University of Maine sophomore point guard Alba Orois — who led America East with 5.8 assists per game in her first season as a starter — left the program to pursue a professional career in Europe.

The 5-foot-7 native of Mollet Del Valles, Spain, finished eighth in the nation among 348 Division I schools in minutes played per game at 37.89 and his 5.8 assists was the 14th best in the country.

She was a third team All-America East selection.

The speedy Orois led the Black Bears in shooting percentage from the floor at 46.1% and she scored in double figures 15 times in 32 games while averaging 9.9 points per game.

She had six or more assists in 18 games, including 14 in a win over New Hampshire that tied the school record.

She also averaged 2.8 rebounds per game and recorded 40 steals. She was a 27% shooter from beyond the 3-point arc.

In a press release, Vachon said, “We are so grateful for everything Alba has done at UMaine during her time here. She was part of two America East regular season championships and part of the team that achieved the highest GPA in the entire country in 2021. We support her decision to pursue a professional career in Spain and wish her well. chance.

Orois has played a club-record 1,213 minutes this season after only playing 319 in his first season while supporting Dor Saar.

The Saar was moved to Middle Tennessee State, and the Orois inherited the point guard position.

Orois averaged 16 minutes and 3.6 points per game in his first season.

Before moving to eastern Wyoming, Soler played 10 years for her school’s club team before moving to Lima Horta, where she played at the top level for her age group.

UMaine, which went 20-12 overall and 15-3 in America East in winning its second straight regular season championship before losing to Albany in the tournament title game, currently has nine guards on its roster.

Israeli guard Idan Shlush, who is 5-7 years old, transferred from St. John’s University in the Great East. She played four games as a rookie for St. John’s last season.

Olivia Rockwood is a quick 5-5 guard who could be ready for a bigger role.

She averaged 18.5 minutes as a sophomore last season and played at least 20 minutes in nine of her last 14 games.

Rockwood averaged just 4.7 minutes per game in his first season.

Paula Gallego was an All-Rookie Team selection last season and played 17.2 minutes per game; Anna Kahelin will return after missing the season due to knee surgery; Sera Hodgson saw 11.2 minutes of playing time while appearing in 25 games as a rookie; and Lexi Mittelstadt of Wilton, who will be a junior, will also be there.

More articles from the BDN