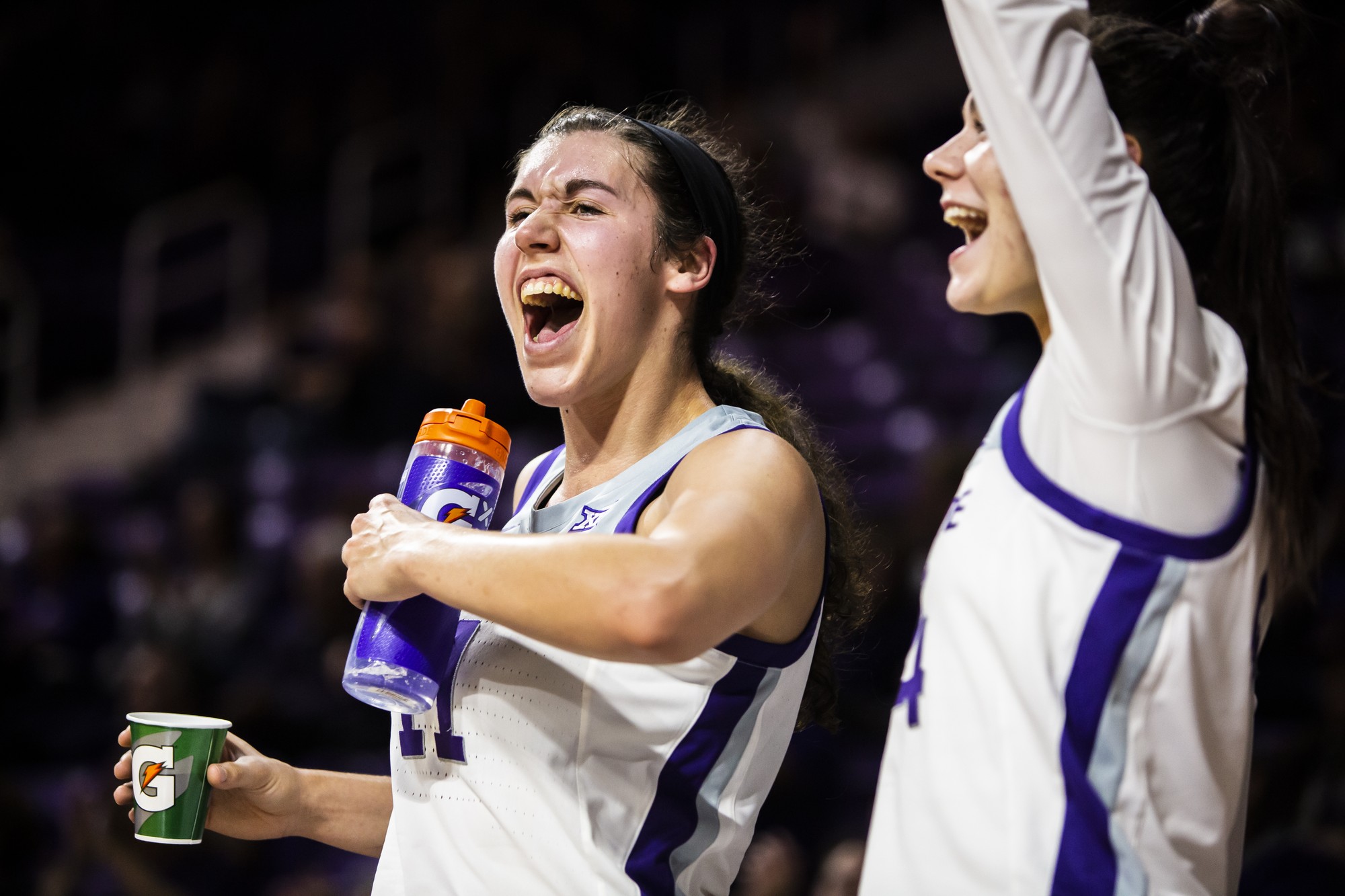 Peyton Williams will no longer be in Kansas when she plays basketball again. The former Kansas State women’s basketball and volleyball player will call Russia her new home after signing with Sparta & K MR Vidnoje.

I’m going to Moscow! So excited to join @SpartakVidnoje for my rookie season! 🎉 https://t.co/xtT67zXeoK

After finishing her senior basketball season ranked ninth in career points in program history, in addition to being named a two-time All-Big 12 first-team winner, there were high hopes for for the star forward to be drafted in the WNBA Draft in April.

Although Williams was not drafted, she took the opportunity to pursue her basketball career overseas. Signing a two-year deal with Sparta & K MR Vidnoje, Williams joins the four-time Women’s Euro League champions and two-time FIBA ​​Europe SuperCup Women’s champions. The team is part of the first Russian women’s basketball league.

“I felt a mix of things,” Williams said. “Relief because COVID has made this process so much longer and made everything so much more difficult, and, of course, excitement because this is my first contract and Sparta&K are a good team.”

Williams has attracted interest from several teams outside the United States, including Italy, Poland, Hungary and Turkey. Picking the team just over a mile from Moscow city limits, Williams said she believed Sparta and K MR Vidnoje would help jump-start her career.

“Sparta&K are a good team with a lot of success,” Williams said. “They are in the best league with a lot of visibility, and it seemed like a great way to start my career.”

Even though Williams’ career won’t begin in the WNBA, she isn’t letting that initial disappointment get in the way.

“Although I was disappointed, I wasn’t too surprised,” Williams said. “The WNBA draft is small, your chances are slim. I certainly felt bad for everyone watching and waiting for me to show up, but I guess that didn’t shake me too much.

Although Williams will face a massive culture shift, she won’t do it alone. Also signing with Sparta & K MR Vidnoje is Creighton alumnus and fellow Kansan Jaylyn Agnew.

The Washington Mystics drafted Agnew in the second round of this year’s WNBA Draft before waiving him; the Atlanta Dream then picked up Agnew. After playing with the Dream this summer, Agnew will spend his WNBA offseason with Williams at Sparta & K MR Vidnoje.

“It’ll be cool for both of us to feel a bit at home, I think,” Williams said. “I think it’s great that we’re the same age and that we’re going through this new adventure together. She is also very playful and I look forward to playing with her on the pitch as well.

Although she said she doesn’t think the day-to-day events of her life will change much when moving from the United States to Russia, Williams knows she will need time to immerse herself.

“I will always train, train, spend time doing my usual hobbies, but of course being in a new country will require me to spend time learning the language, exploring the area, read some history, get acclimatized, et cetera,” Williams said. “I’m not nervous yet, just excited right now. I studied anthropology and international studies at K-State, so it’s totally in my way.

While majoring in anthropology and international studies, Williams also majored in political science. Her studies give Williams confidence in what awaits her once she arrives in her new home, she said.

“Discussing cultural differences and learning to identify your own biases and world-buildings will prove very helpful in the coming months,” Williams said. “Many of my teachers have spoken of the difficulties and joys of immersing themselves in a new culture, so I feel like I have at least a small idea of ​​what to expect.”

Williams is due to report to her new team by September 10, so she has around two months to further prepare for her new trip to Russia. The season starts at the beginning of October.

“I’m really, really grateful,” Williams said. “These last few months have been long and difficult,” Williams said. “Adaptability has been the name of the game, and certainty has been lacking. I feel lucky to have something to look forward to and, while that may change, I am cautiously optimistic about what my future holds.