Tracy McGrady takes her picture in a basketball league 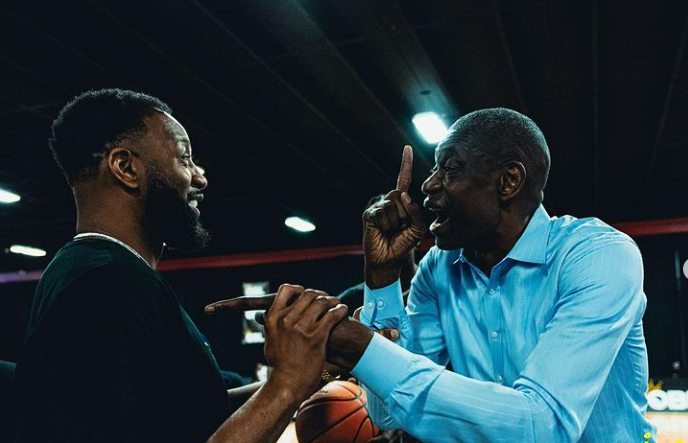 Tracy McGrady takes her picture in a basketball league

His Ones Basketball League (OBL), a one-on-one round-robin basketball tournament, takes place over seven weekends in seven cities. (Next stop this weekend: Chicago Hope Academy Athletic Center). The winner of each regional tournament receives a cash prize of $10,000 and an invitation to the final. There, 21 players (the top three from each region) will compete for a grand prize of $250,000 and will be crowned “Sovereign of the Court”.

T-Mac funds it itself. He does a ton of press. It’s his baby and he has visions of his future.

He wants the OBL to be like the UFC, a place that breeds talented, breakout personalities. He wants to do a cable show; open academies. It is an optimism fueled by independence. “I bet on myself,” says McGrady BLACK BUSINESS.

McGrady, who turns 43 on Tuesday, explained why he believes in one-on-one hoops and why OBL is a team game for him. This interview has been edited for clarity and space.

BLACK ENTERPRISE: How difficult was it to get the league off the ground?

TRACY McGRADY: For many years I invested in the ideas and dreams of others instead of investing in myself. It’s a moment that I wanted, why not? I just felt like it was the perfect time to do something like this. It’s way overdue. I don’t know why there’s no one-on-one basketball. It’s three against three (BIG3), isn’t it? One-on-one, to me, is the true, pure essence of basketball.

It’s out of content. The Gen-Zers, they don’t sit and watch two and a half, three hours of NBA games. I have two sons; I can attest to it. They don’t watch NCAA basketball. It’s just that quick content that I think they’ll appreciate and love. And I listen to children. I got my answer [the league’s opening weekend] when some of these guys didn’t want to leave, they wanted more after it was over.

I can leave town and tell my kids I’m going to an NBA game and they don’t care. They actually asked me if they could come to Atlanta for OBL, which shocked me. It gave me all the answers I needed.

In your 11th season, when you had microfracture surgery, you said you started thinking about life after basketball. How did you start?

When you make X dollars from the NBA and you have all these sponsorship offers, you really don’t think outside of it. I didn’t even think about life after basketball because I was living in the moment. And when I had the microfracture surgery and I knew I wasn’t going to be the player everyone was cheering and celebrating, my focus changed, my mindset changed. Maintaining this wound, I saw the end. I knew it was time to start preparing for what life after basketball was like.

And I didn’t know what it looked like. I had no idea I was going to get into ESPN and do television for four and a half years. It was like, no way I’m doing TV. And it ended up happening because of the format that The jump had. I just felt like it was perfect for me to go out there and be a guy on that show with Rachel Nichols, who I loved.

I have a team around me. And we are always thinking about the next step. I think one of the smartest things I’ve done was hire the right people to steer me in the right direction and keep me and my brand alive and just keep me relevant. I’m so thrilled and just happy with where I am. Being retired for nine years, I couldn’t be in a better position than where I am now.

What was the biggest transition in going from the NBA to being an entrepreneur?

I really just think about finding your niche. What are your passions? What wakes you up every morning? What do you want to build? What kind of legacy do you want to leave? There’s a lot of things that really come into play. When I thought about creating OBL, I felt like that was the legacy I wanted to leave. I finally found something that is hard and gets me up in the morning. It really helps me with my creativity. So how do I envision OBL, the challenge of making that vision a reality and putting the right people around me to help bring that vision to life – that’s why I love waking up each day to help see that and to leave this legacy behind. I have four kids and one of these days I want my kids to run this business. So that’s my motivation, and I won’t stop until it’s over.

How much are you investing in it?

Let’s say I won’t go bankrupt if this fails. It’s millions of dollars to push this first season forward, but I don’t feel any pressure if it doesn’t work out. You have to take a leap of faith, make sure you do your due diligence and have the right people who can help you build this. I know what I’m doing well. I know what I’m not good at. I think I did a great job of going out and hiring the right people to help build this from the ground up and put me in a position to succeed. And I’d be silly to think I can do it myself. I can not. The people I’ve hired for those specific positions are amazing – and that’s why I’m in the position I’m in today.

What are you good at and not good at in terms of OBL management?

I’m good at being its face, being its voice. I think from a fan perspective and from a player perspective, I think I get that respect and appreciation for what I’ve brought to basketball. And I think people will, in turn, take a chance to see what I’m building.

I think from a business perspective and all the logistics and everything that goes on in the background, that’s not my role. I don’t have these discussions with these high-end companies and try to make a deal with them. It’s not my area of ​​expertise. I hire people who are really good at closing deals. I can close games. I’m not closer (Laughs).