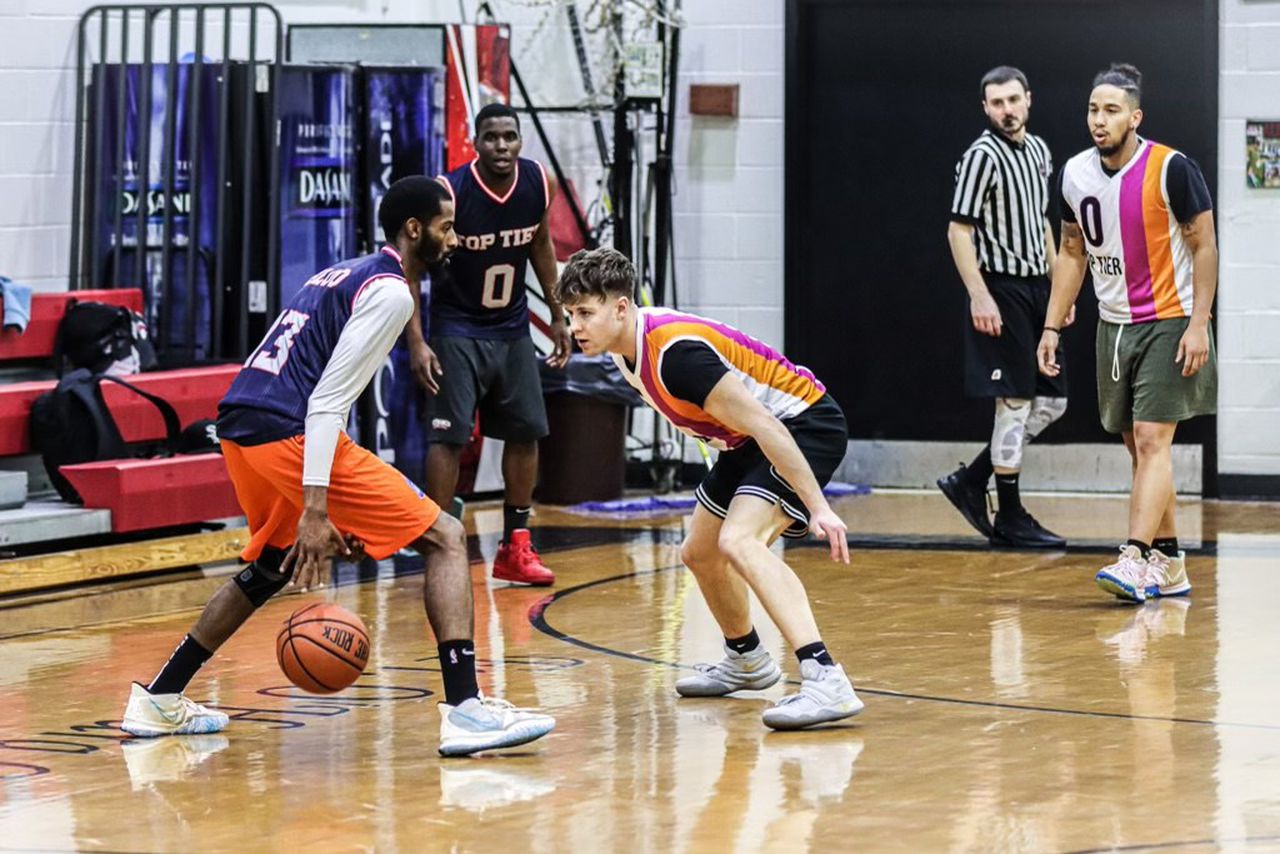 There’s a new kid on the block, at least as far as the Staten Island men’s league basketball circuit is concerned.

“Top Tier Sports” is winding down its inaugural season – and it’s going exactly as advertised. The freshman league features some of the best competition on the island and features a number of former local HS and college stars.

In fact, even an NBA player showed up at St. Teresa’s, where the 14-team league plays its slate.

Brooklyn Nets star Andre Drummond showed up on the field for some action last month and even he came away impressed. The league, founded by Moore Catholic and College of Staten Island alumni Frank Schettino and Jonathan Hlad, garnered early rave reviews.

“As a former player, I always wanted to play the best of the best,” Schettino said. “I wanted every team to be able to compete at a high level.

“So far it has gone beyond that,” he added. “We have professional players, former college players and active college players. Everything you look for in competitive play happens at Top Tier.

“There are a lot of kids out of college who are really good at basketball, but there was no place for them to play,” Hlad said. “A lot of them were too good for some men’s leagues. We wanted to bring together the best players on the island in a league and give them a chance to compete again.

Hlad and Schettino started the league hoping to “modernize” recreational basketball, and do so by providing extensive social media coverage, including up-to-the-minute stats, scores and photos.

“We wanted everything to be more organized and everyone to be more involved,” Hlad said. “It’s like a college atmosphere, everyone gives 100%. It’s a very competitive league.

The next Top Tier season kicks off in June and Hlad says 15 to 20 teams have already put their names on a waiting list. Interested teams and participants can inquire via the league’s Instagram page (@TopTierSports__).

Top Tier hopes to expand in the future and continue to grow, and even plans to boost a women’s league in the near future.

“This is just the start, we’re excited to see what happens next,” Schettino said.