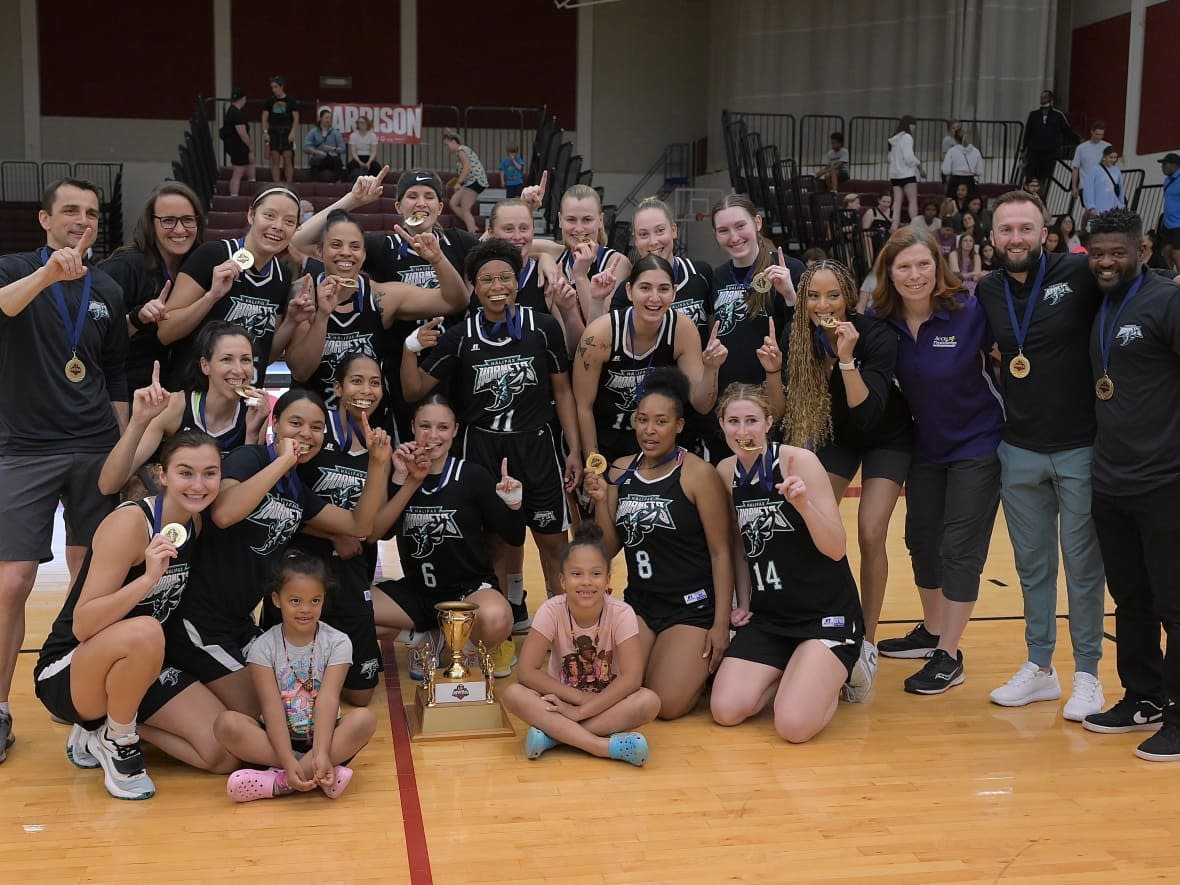 This is a column by Shireen Ahmed, who writes opinions for CBC Sports. For more information on CBC Opinion Sectionplease consult the FAQs.

Many years ago, after training with the University of Toronto women’s soccer team, I overheard a discussion with the coaches. The USports (then called USIC) women’s soccer playoffs were taking place and Dalhousie University advanced by beating schools in Ontario and Quebec.

“No fishing town should beat the schools in Ontario,” our head coach said haughtily.

This comment stuck with me for a long time. I’m from the East Coast and had acquaintances and former teammates on this team. I also know the incredible athleticism that lives and grows there. The rise of a regional professional women’s basketball league, the Maritime Women’s Basketball Association, does not surprise me.

Canada is the only elite basketball nation associated with FIBA ​​that does not have a national women’s basketball league. But in 2020, as the world tried to deal with a global pandemic, Brad Janes plotted to bring elite women’s basketball to the Maritimes. He asked Tasia McKenna to be his co-conspirator and to serve as commissioner of the league.

McKenna, a former Lakehead University star, is a top-level coach and was technical director of Basketball Nova Scotia. Her day job is as Program Manager at Women and Sport in Canada (CWS) where she is responsible for creating the gender equity manual used by sport organizations across Canada.

McKenna recalls Janes literally drawing her plans on a napkin for what was needed to start a sustainable women’s basketball league on the East Coast. There would be six teams, four in Nova Scotia and two in New Brunswick. The pandemic meant that whistleblowing wouldn’t be until May 2020, but the wheels were in motion. And the word was spreading like wildfire in the basketball community.

WATCH | The MWBA ​​is giving Maritime women a shot at basketball glory:

Anna Stammberger is one of the greatest basketball players in Canadian history. The Olympian and former head coach of the Dalhousie Tigers women’s team hails from Kensington, PEI.

“It’s exciting, but it’s a long time coming,” Stammberger told me in the gymnasium at St. Mary’s University, which recently hosted championship weekend. “Canada is far behind everyone else in the world. Romania, Bulgaria, Chile…every country in the world has a professional or semi-professional national league in which women can compete until they are no longer good enough to compete.”

“For women’s sport to grow in Canada, it can’t just be about Toronto or Ontario,” said Vanessa Wallace, CWS program coordinator who played at the University of Toronto. She is not originally from the Maritimes, but worked at the event as a volunteer. “The Maritimes, in this case, are leading the charge, in a way that takes into account the experience of women and makes it as accessible as possible.”

The championship game between the Halifax Hornets and the Halifax Thunder was probably the most thrilling final game I have ever watched. The Thunder had a flawless run this season but the Hornets didn’t let go. The Hornets won the inaugural Legacy Cup with an 87-84 victory.

The weekend was a success, but the energy around the league and the possibilities going forward – including an expansion to Prince Edward Island – are what’s most impressive.

It should be noted that considerations for the league went beyond the pitch. In addition to having a premier league for women, McKenna felt it was imperative to seek advice from members of the community. From there four pillars were born: Black Lives Matter, No More Stolen Sisters (raising awareness of missing and murdered Indigenous women and girls), Pride (in support of LGBTIQ2S+) and Awareness of violence against women. The four patches were placed on hoodies that the league sold locally. They sold out.

Trena Empringham is the Coalition Coordinator at the Mi’kmaw Native Friendship Center in Kjipuktuk (Mi’kmaw for Halifax). She has known McKenna for years and offered her advice and support. She is also an athlete and lives the connections between sport and social justice.

“When I first saw the No More Stolen Sisters logo on the MWBA ​​website my heart skipped a beat,” Empringham wrote to me in an email. “I had a variety of emotions: sadness that we were still fighting this fight, fear of how this pillar will be accepted (or not) but above all hope.”

Empringham’s daughter is an assistant coach with the Halifax Hornets. So it’s a family that has basketball in its blood and illustrates why working with communities is so important.

The league welcomes athletes as families

“I believe the MWBA ​​has approached league/association development with the deliberate intention of being a driver of women’s collective voices for change and, therefore, has set the standard for organizations that follow them. that anything less is unacceptable,” says Empringham.

As the weekend progressed I watched a lot of amazing basketball. I spoke with so many phenomenal women, including Jasmine Parent, a mom of three and Instagram influencer with over 107,000 followers. When Parent went to receive her medal, her two daughters ran with her.

Kelly Vass plays with the Moncton Mystics and is one of eight moms on that team. The Mystics have a team of 17 kids and babies. Kelly Vass’ daughter wore a shirt that said, “That’s my mom.” It’s a league that doesn’t neglect athletes when they have families, it embraces them all.

The league MVP is Haley McDonald. The 24-year-old is an Acadia University player. After collecting his trophy, McDonald spoke about what it’s like to play elite-level basketball at home.

“To me, that’s huge,” she said. “I can play in front of my family, friends and colleagues. The basketball community in Nova Scotia is big and growing.”

She reflected on how important it is for young players and fans to see this level of basketball in this region. McDonald said it would have been a game-changer for her if she grew up knowing she would have a place to play.

“I’m a member of one of the pillars that the league encompasses, so to have an inclusive place like this – and to see other people like me here – and just knowing that we’re all welcome… that’s kind of thing we want to see,” she said.

Stammberger says there’s a lot of passion and interest in “fish towns” for women’s basketball.

“Come and watch” is his advice to the rest of Canada.