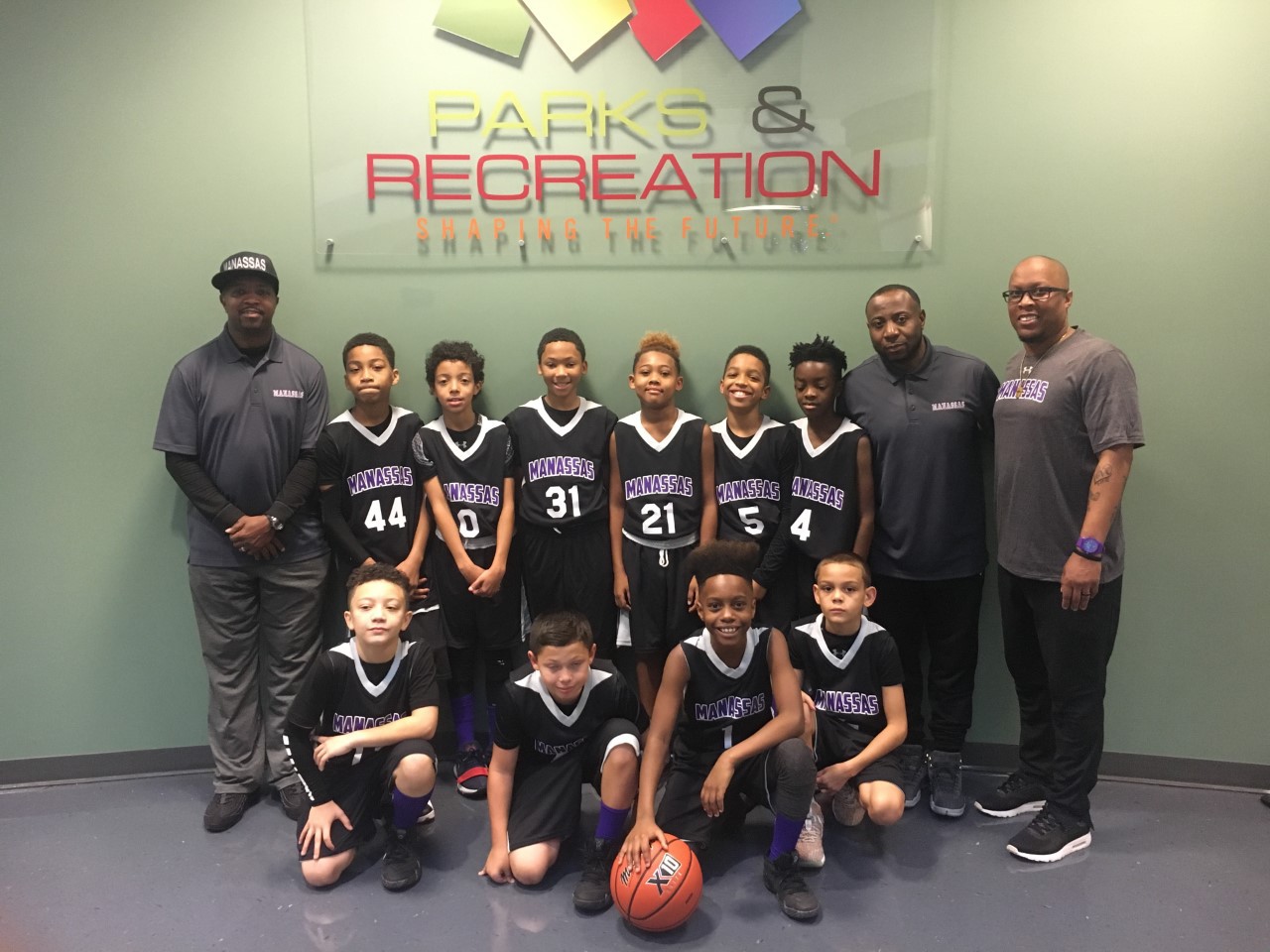 Time is running out, the clock is about to run out. The player lifts the ball, a desperate three-point attempt. The ball flies to the basket, bounces off the edge, then goes in, causing the crowd to go wild. Hitting that winning shot is all any basketball player ever wanted. This opportunity is provided to hundreds of young players each year by the Manassas Park Youth Basketball League in Prince William County.

Launched twenty-six years ago by Catherine Moretta, then Director of the Manassas Park Community Centre, the MPYBL has grown over the years to become a fixture in the lives of many young people across Prince William and even reach some of Fairfax County. What started as an attempt to train and orient young women to local high school basketball teams grew into an organization providing basketball and teamwork training to young men and women of all ages and from all walks of life.

For years the league was led by Mike Arrington and his athletic assistant Heather Henry, who grew the league together, a two-person team working to bring the joy of basketball to all of their young players. The league finds help from volunteer coaches and parents who stay involved. They are all highly valued people who work hard to bring the fundamentals and the spirit of competition to their teams.

Before the pandemic hit, the league had about 500 players. These days the numbers are closer to 225, but there is hope and expectation that the league will continue its previous growth pattern in a return to normal. More and more parents and children are looking for reliable and affordable sports activities, which the Manassas Park Youth Basketball League is proud to offer.

The league, finding sponsorships from organizations such as Dick’s Sporting Goods and Sheetz, is able to provide equipment such as balls, replica NBA jerseys and more to their teams and players. Every year, with the exception of last year which was derailed by the pandemic, leagues play through the winter, culminating with league games taking place in March. This year, the championships will be held on March 26 at the Manassas Park Community Center, and all are welcome to attend. These championship games for all ages have an electric energy that just has to be experienced.

A variety of players

The MPYBL brings the sport to young people of all ages, from their four- and five-year-old “Biddy Ball” players to their teenage travel leaguers. Many of these players grew up with the league from the very beginning, progressing through the age brackets and earning starting spots on their high school teams as freshmen and sophomores. A significant achievement.

These players from different places and different schools have come together over the years to learn the value of practice, competition and the fundamentals of basketball. There’s Tey Barbour and Quentin Davis from Osbourn High School. Trey Terrell and Tavyahn Faison of Osbourn Park. Isaiah Vick of Patriot. Jace Garza of Manassas Park High School. And twins Jalen and Jashaun Morrison from Unity Reed.

Altogether, the league helped grow and nurture many high school players across the county, creating a valuable funnel system into those high school teams. Thanks to the hard work of staff, volunteers and the players themselves, this league has managed to become an integral part of the lives of so many children over the years.

Every player yearns for a chance to hit that impressive, winning shot. Thanks to the Manassas Park Youth Basketball League, this dream can come true. Congratulations to all the staff, parents and players who made this opportunity possible and who will provide it to new members as they continue to grow and develop over the next few years.