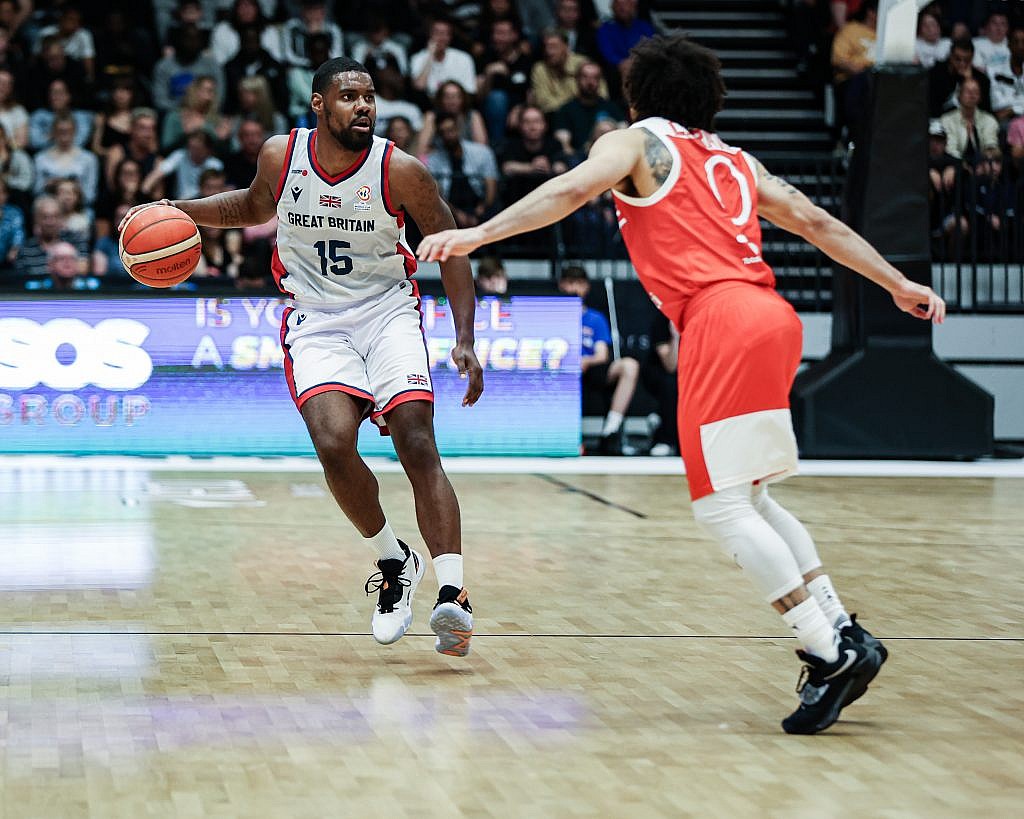 Newcastle Eagles have added experience to their roster with England international Kyle Johnson.

Friday night will be the 6’5″ keeper’s first time playing for a British club, but not his first time at the Vertu Motors Arena, where he recently featured for the national team in this summer’s clash against Turkey.

“BBL is a league I’ve always wanted to play in and I love the way British Basketball is developing,” Johnson said.

“Having the opportunity to come back to the UK and perform in front of my family and friends means the world to me.”

Born in Canada with a British passport, Johnson made his first foray into the BBL after a distinguished career after graduating from NCAA Division 1 at Long Island University in 2011.

After graduating, the guard was called up to play for Great Britain and has been part of the international setup ever since.

“Kyle is a player I know very well and I’m delighted that his services have been retained for this season,” Steutel said.

“His style of play will be a welcome addition and his approach and impact will be huge for the group.

“Kyle is a capable, ultimate professional and I’m thrilled to see him acclimating to his teammates.”

As well as playing for several of Canada’s top division teams, he also saw action in Europe starting in Greece and stopping in Cyprus, Italy and France before heading to Iceland where he played in their top division for the past three seasons.

Johnson averaged 12.8 points and 5.3 rebounds per game last season for Thor Thorlakshofn before returning to Canada and winning the regular season championship and playoff championship with the Hamilton Honey Badgers.

“I’m so excited to have signed with Newcastle. I know it’s a club with so much history and tradition with a winning culture,” the keeper added.

“I want to thank Paul Blake and Marc Steutel for this opportunity and I look forward to working with my teammates and meeting everyone around the organization.”

Coach Steutel and his new signing know each other well in the national team, which will no doubt make Johnson’s addition to the roster quick.

“I think it will be a smooth transition. I have so much respect for Marc, his coaching style and his passion for the game,” added Johnson.

“Marc is truly a player coach and I look forward to working with him this season.

“I believe I can bring my leadership and my experience as a veteran. I’m a person who likes to compete every day and push myself and my teammates to be the best I can be.

Quick work behind the scenes for the Eagles this week means coach Steutel’s new man will be on the squad roster just in time for Friday’s huge whistleblower against the unbeaten Bristol Flyers.