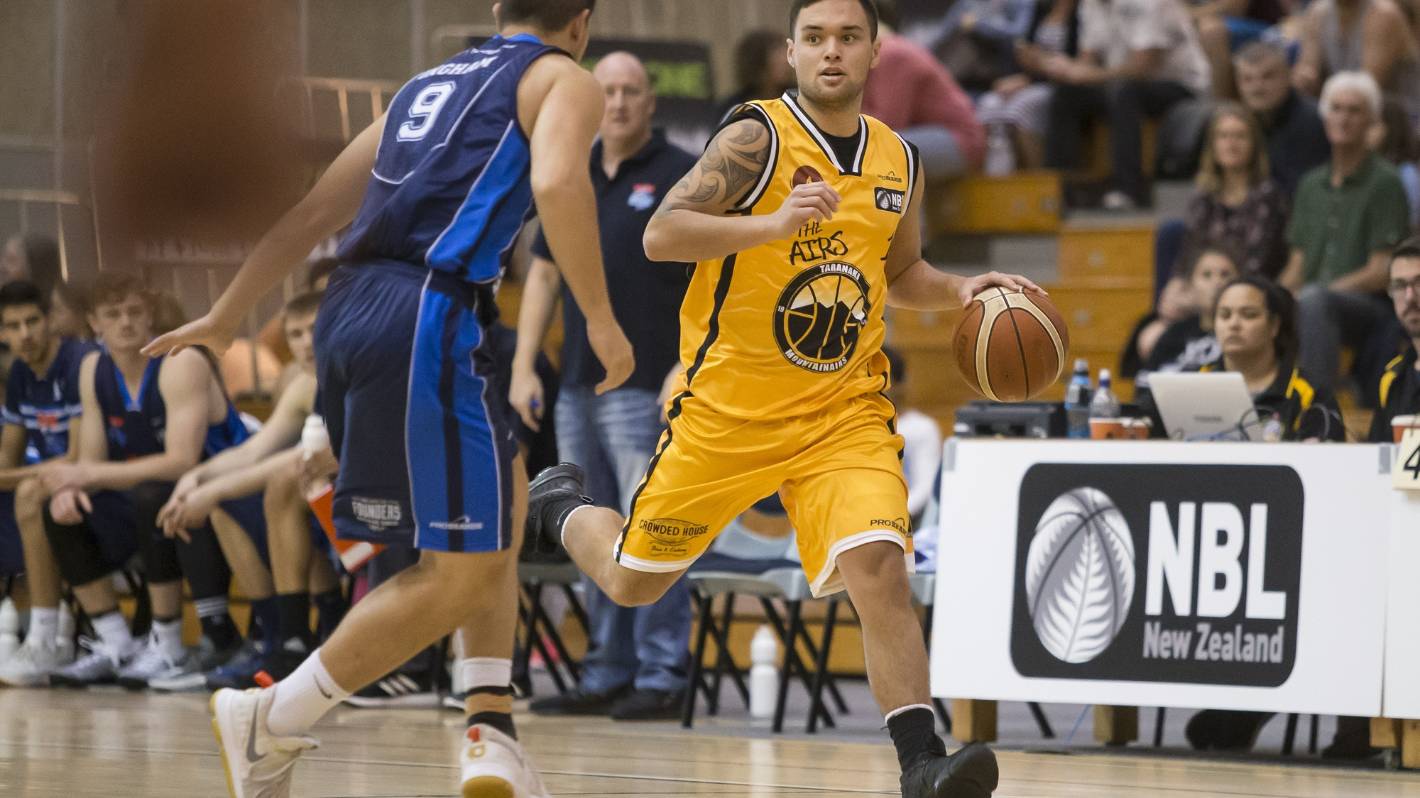 Jaylen Gerrand, pictured playing for the Taranaki Mountainairs in 2017, signed with the Southland Sharks for the 2022 National Basketball League.

The Southland Sharks have added a new name to their roster ahead of this year’s National Basketball League of New Zealand.

Sharks management have confirmed they have locked up Jaylen Gerrand for the 2022 competition.

Gerrand is no stranger to the NBL, entering his seventh season in the league after making his debut for Supercity Rangers in 2014, where he played for three seasons, as well as stops with the Taranaki Mountainairs, Auckland Huskies and the last season with the Franklin Bulls.

He was a consistent performer for the Bulls last season, playing in all 18 regular season games and averaging career-high points (8.1 per game) and rebounds (1.7).

The opportunity to further develop his game under Sharks coach Rob Beveridge was particularly appealing.

“It’s a crazy experience to be able to play for him. He so deserves the opportunity to coach the Boomers, and it’s just amazing that I can learn from someone like that. I’ve only heard good things about Bevo and we had a great conversation, so I’m looking forward to playing for him,” said Gerrand.

He plans to use long-term friendships with other team members to his advantage this year.

“I’ve played with Zo (Burton) for many years so I’m delighted to play with him, and I’m good friends with Dom (Kelman-Poto) and Brayden (Inger) so it will be great to play his alongside them as well as the other boys. I like to play fast, have fun and have a lot of smiles, so I should hopefully fit in,” he said.

Gerrand also has plans off the pitch for his Southland experience.

“I’ll be studying while I’m down so it’s great to be able to focus on that and my game. I’ve been to Invercargill to play in the Shark Tank a few times so I’m really looking forward to it. ‘go out there and have the crowd behind me rather than against me,’ he said.

Beveridge believes the Sharks have added an under-the-radar talent with great potential to thrive in the Sharks environment.

“Jaylen is an experienced playmaker who I think has been underutilized in his previous roles with other teams. Jaylen is very physically strong and has the ability to reach the rim and knock down the open shot. His tenacity that he will bring to the team will be great for our team,” Beveridge said.

Sal’s NBL 2022 is set to kick off in early April with the Southland Sharks opening their campaign at ILT Stadium Southland against Taranaki on Saturday April 9 at 5.30pm.