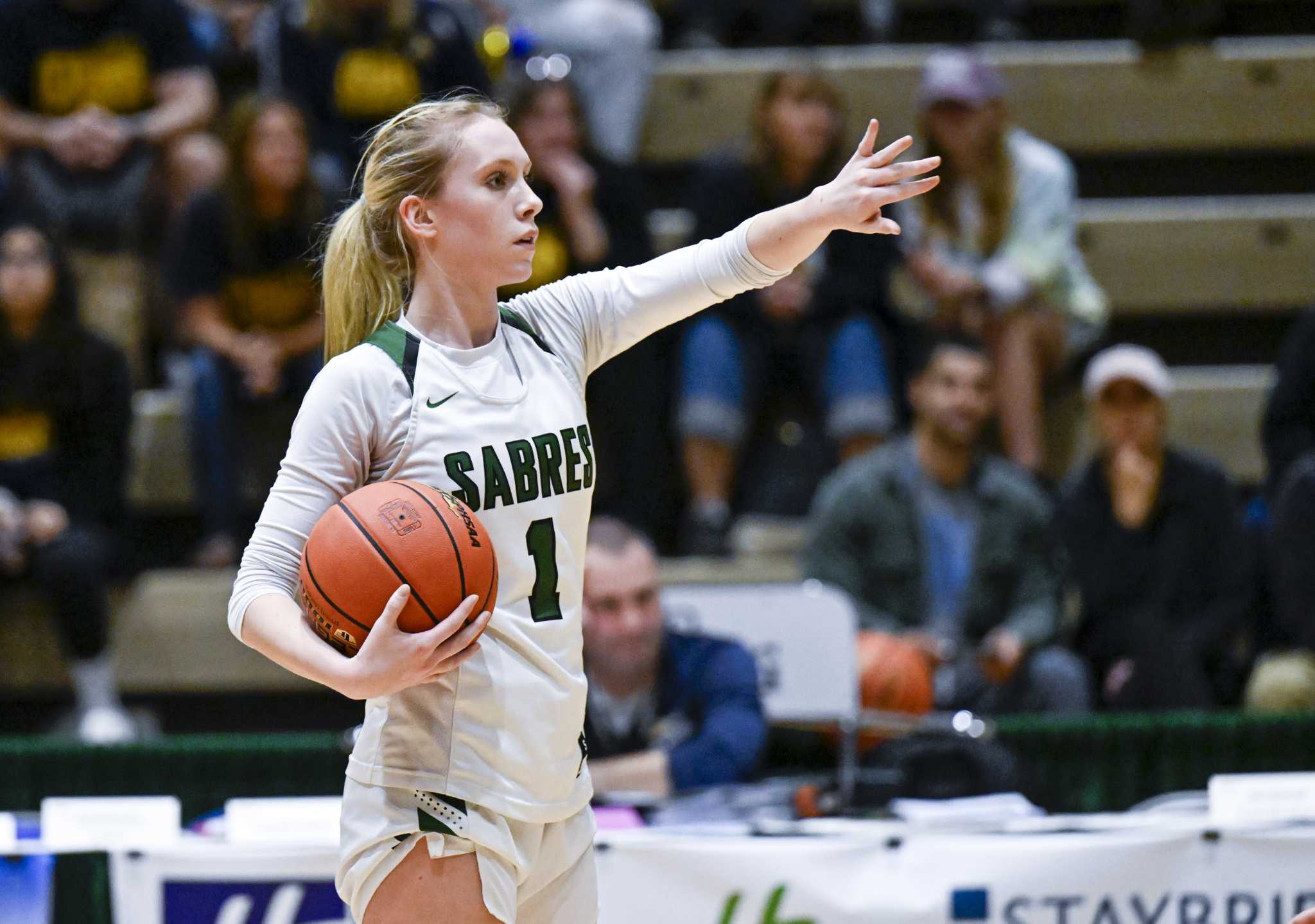 A five-year-old college player who spent the first two years of her career at Duanesburg, Hallberg scored three points, grabbed four rebounds and added two steals on Sunday as the Sabers beat Waterloo 56-54 in the Class B final at the Hudson Valley Community College. .

Q: It was a long journey for this team to leave the Hudson Valley with a state championship. Is it a feeling you imagined?

A: It’s even crazier. It’s unreal. It really is. To be part of it is amazing. It’s something that few people have the chance to experience.

Q: In the championship game, it was really the five starters who contributed. You’ve all had your moments in defense and attack. How satisfying is it to win a state championship where you had to rally in the fourth quarter to pull it off?

A: He showed our true colors. It showed that we could fight no matter what. We can get through tough calls, all of that, and show who we are as a team on and off the pitch.

Q: It was not easy. You had to beat a Waterloo team that was undefeated and ranked No. 1 in the state. Does it make the title sweeter that you had to dig deep to get that championship?

A: It really is. Winning a game that was so close by two points is completely different from winning by 15 points. It’s another atmosphere.

A: Payton (Graber) and Haley (Burchhardt) really helped me. They took it out of me and told me I could do it. I started to believe. Of course, I still don’t accumulate 20 points per game, but I don’t have to and I’m happy with what I’m doing.

Q: The title match was won on defense. On the last two possessions of the game, Waterloo failed to score. Comment on the team’s mood of playing tough defence?

A: Since the beginning of the year, defense has been essential for us. That’s what we focus on and that’s our forte. In every game, there will be games where shots don’t fall. We have to come out with our defense, which allows us to win the game. In the first half, if our defense is strong, our attack will come in the second half. It comes together, but we know it all starts with defense. This is the state of mind since my arrival at Schalmont.

Q: You hit two huge 3-pointers on Saturday in the semifinals. Haley struggled offensively, going 0-11 in the semis and missing his first seven shots on Sunday. You’re not surprised that the bulldog mentality she really showed at the end, are you?

A: No. She’s a very strong player and she has that mentality on and off the pitch. It’s an amazing trait to have. He comes out when he needs to and we count on her for that. It’s really great to have in our team.

Q: Seniors always want the best conclusion possible. Is it hard for you to believe that your high school career just ended with a state championship?

A: It’s unreal. You’re gonna make me emotional with this. To be able to come out on this with a win – to go as far as we can go – is truly amazing. He is.

Q: Coach Van Hoesen came out and scheduled four games against class AA opponents to help prepare for a state tournament. How well do you think that paid off for the type of game you played on Sunday?

A: A lot, even (concerning) the size. When you play against these teams, even the kids coming off the bench have more skills than the smaller schools. It really helped us. Without it, I don’t think we would have been here.

Q: I remember watching the team leave the Colonia locker room after suffering your only loss this season. The look you all had was that we weren’t going to lose another game this year. Did I read correctly?

A: Yes, it was a revealing game. It showed us what we were struggling with. Even since then, we have been working on these things to prepare for this. We had those (state tournament dates) on the whiteboard. We used to come here.

Q: As the fourth trimester rolled around on Sunday, what was the level of antacid in your stomach?

A: Mad. I felt like I was going to vomit. This game was a tight game. Any minute now, they could have won. At the last second, they could have hit the winning shot. It was tight until the final buzzer sounded.

Q: How will school be on Monday. Is your back going to be sore from all the slaps that come your way?

A: Oh my God. I wouldn’t trade it for anything in the world.

Q: Do you feel a sense of euphoria ending your career with a championship?

A: Yes. I can’t really describe what I’m feeling right now. It’s something I’ve never felt before. Being part of it is amazing. It’s a great keepsake to have. I will never forget him.