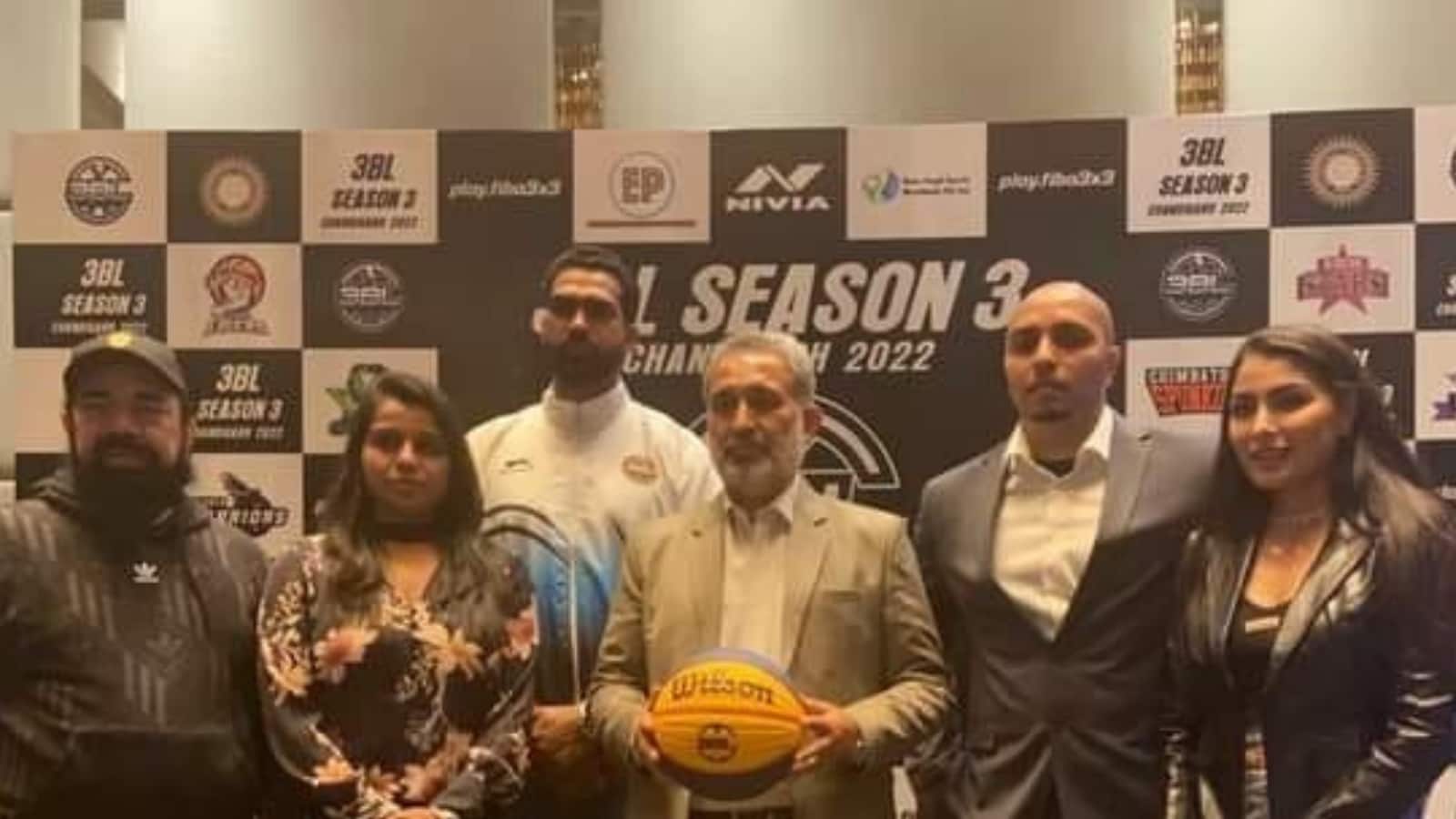 With its tagline #RoadToOlympics, 3BL aims to support BFI’s vision of Indian National 3×3 teams qualifying for the Olympics. 3BL will provide valuable revenue and international exposure to players, in addition to an opportunity to earn crucial FIBA ​​Ranking Points 3×3. Participation of India’s top players in 3BL Season 3. It’s official. Basketball Federation of India (BFI) and Indian subcontinent 3×3 Professional Basketball League (3BL) sign the exclusive contract to promote 3×3 professional basketball in India. 3BL Season 3 dates will be March 5-27, 2022 in the basketball-loving city of Chandigarh. These announcements were made by Mr. Chander Mukhi Sharma, Secretary General – BFI, alongside Mr. Rohit Bakshi, Commissioner 3BL. Also in attendance were Indian Punjab senior international players Amjyot Singh Gill and Palpreet Singh Brar, and international player Raspreet Sidhu. BFI has granted the exclusive rights to 3BL to promote 3×3 professional basketball in India. 3BL will provide additional revenue and additional exposure to many Indian basketball athletes. said Mr. Sharma. 3BL will serve as a power system for our national teams, especially those competing in 3×3 events at next year’s Commonwealth Games. We are extremely grateful to BFI for granting the exclusive rights to promote 3×3 professional basketball in India. says Mr. Bakshi.

3BL is committed to providing a valuable source of revenue for players, in addition to allowing them to play alongside and against international talent. In addition to the national recognition of BFI, 3BL is also exclusively recognized by the international federation (FIBA), which offers multiple unique benefits to many Indian basketball players. Indian basketball players who participate in 3BL guarantee all our players to earn high 3×3 FIBA ​​Ranking Points. This increases the overall FIBA ​​BFI ranking, thus increasing India’s chances of qualifying for the Olympics. Moreover, the top ranked 3BL teams also have a chance to compete in the FIBA ​​3×3 International Championships which will raise the profile of Indian basketball players. Thanks to BFI’s recognition, 3BL becomes a key part of the Indian national basketball calendar which currently includes national championships in all age groups, as well as the Federation Cup for top club teams. Participation in 3BL will help maintain the fitness of the Indian national team members and therefore result in better performances while representing the country in major international FIBA ​​events. As in the previous season, 18 franchises (12 men and 6 women) will compete for the 3BL Season 3 champions. The rosters of all teams will be announced after a player draft ceremony. About 3×3 Pro Basketball League Indian Sub-continent (3BL) 3BL, 3×3 Pro Basketball League Indian Sub-continent, is an intellectual property of YKBK Enterprise Pvt. ltd.

Previously, the Indian Olympic Association handled the conduct of the Indian Basketball Championships. Since 1950, the BFI has organized various such championships, from grassroots football to the participation of senior teams in international tournaments. In addition, the BFI has been responsible for building strong programs at the sub-junior and junior level. The BFI has to its credit produced several renowned international players, of whom 19 have received the honor of the Arjuna Awards, and two have received the Padma Shri. More information at www.basketballfederationindia.org. About 3×3 Pro Basketball League Indian Subcontinent (3BL) 3BL is the only exclusive provider to have the opportunity to directly compete in the FIBA ​​3×3 International Circuit like Challengers and World Tours of the Indian subcontinent. More information at: www.3x3bl.com About YKBK Enterprise Pvt. ltd.

YKBK Enterprise Pvt. is the exclusive rights holder for the organization of professional 3×3 basketball leagues in the Indian subcontinent, which comprises of six countries, namely India, Sri Lanka, Bangladesh, Nepal, Maldives and Bhutan. It also holds the rights to host a 3×3 professional basketball league in the Kingdom of Thailand located in Southeast Asia. Founded by Mr. Yoshiya Kato (Chairman, 3BL) and Mr. Rohit Bakshi (League Commissioner, 3BL) in 2017, YKBK has a clear vision to develop and promote 3×3 culture and its potential across the subcontinent. Indian and the Southeast. Asia by organizing a professional circuit, grassroots programs and building 3×3 indoor basketball facilities for the welfare of existing and future players.

Email: [email protected] About 3×3 Basketball Similar to the T20 version of cricket, 3×3 basketball is one of the fastest growing urban sports in the world. It is also widely played in Indian schools and colleges, as well as casual neighborhood games. 3×3 basketball is the fastest and shortest basketball format in the world. All you need is a hoop, half a court and six players. Games can be held outdoors and indoors at iconic locations to bring basketball directly to people. It’s a 10 minute game. Highest score in 10 minutes or first team to score 21 points wins. 3×3 is not only FIBA’s second official discipline, but it will be played at the Tokyo 2021 Olympics, the Birmingham 2022 Commonwealth Games and the Paris 2024 Olympics. Image: (L-R) Ms Prerna Sharma Bakshi, Director – 3BL & YKBK Enterprise Pvt. Ltd; Mr. ChanderMukhi Sharma, Secretary General – Basketball Federation of India (BFI) and Mr. Rohit Bakshi, Commissioner & CEO of 3BL – YKBK Enterprise Pvt. ltd.

Read all the latest news, breaking news and updates on coronavirus here.