Riders out of place with Surrey win 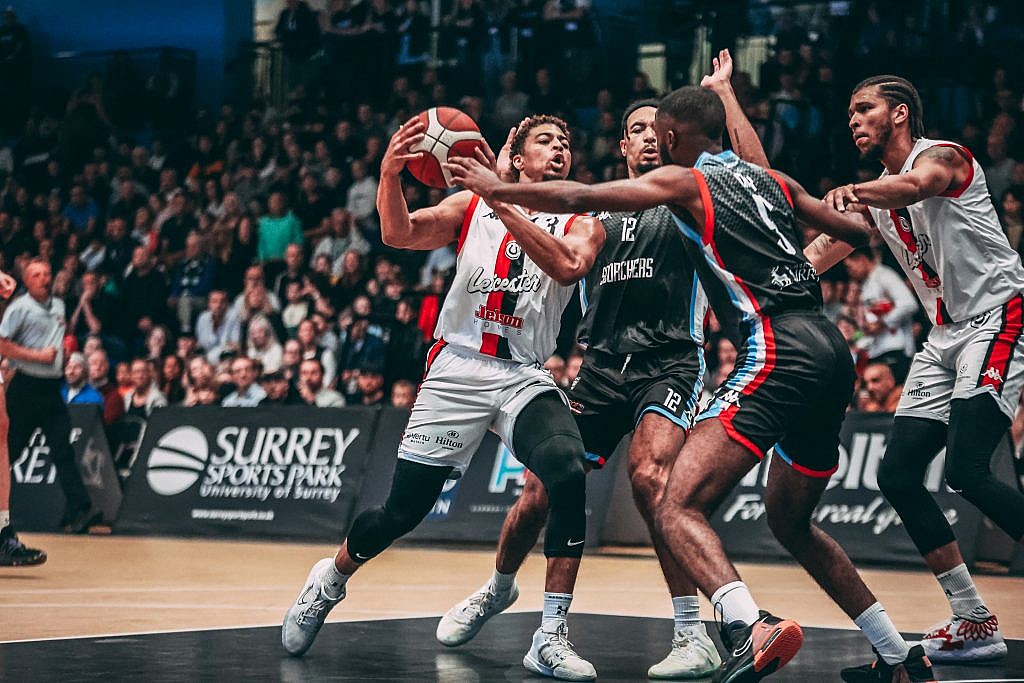 Riders out of place with Surrey win

Leicester Riders claimed their first victory of the season as they beat Surrey Scorchers 86-67 at Surrey Sports Park on Saturday night.

A strong Riders third quarter where they beat Surrey 29-18, thanks to a blind shot and disciplined defense finally did their job.

The victory also extended the Riders’ unbeaten run against the Scorchers to 35 games, dating back to January 20, 2013.

“Very pleased with our overall performance tonight,” Riders coach Rob Paternostro said. “Adding Derryck (Thornton) to the roster was a big boost for us and he showed great promise today.

“We were solid at both ends and I think our lads did a great job, especially limiting Surrey inside. Really happy that we were able to get a victory.

The hosts raced into the blocks when South Sudan international Padiet Wang scored after just nine seconds. However, Leicester, undeterred, responded with a 9-0 run that forced coach Gardner into a quick timeout.

A very vocal Gardner demanded that his team show intensity at both ends of the field. And despite their early team fouls, Surrey squeezed the Riders lead into double digits with patient defense and a high-octane offense.

A Kyle Carey basket made it 17-12, and the packed house inside Surrey Sports Park was treated to Wang flying out of nowhere to hammer home after Carey failed.

Despite the momentum towards the end of the first with the hosts, Leicester – shooting 50% from the field – led 24-16 going into the second.

Despite the deficit, Surrey were determined to continue where they left off at the end of the first and thanks to Boban Jacdonmi, who battled inside to score six points in a row, they were able to condense the visitors lead at 28-24 with 5:50 of the second left.

Thornton, playing his first game for the Riders, scored loose in the second, en route to 16 first-half points. But Jacdonmi’s eight points in the quarter kept the interest going into halftime, with the Riders leading by seven points.

As the third quarter wore on, the Riders clawed back their double-digit cushion thanks to an elbow jumper from Whelan.

And it was Whelan, who had been quiet by his high standards, who drained straight threes to quiet the boisterous Scorchers faithful and give the visitors a 71-53 advantage after three.

And three more from Whelan to start the fourth quarter saw the lead increase to 21 points and despite a brilliant spell from the Scorchers halfway through, the Riders were able to maintain their unbeaten run against the Scorchers.