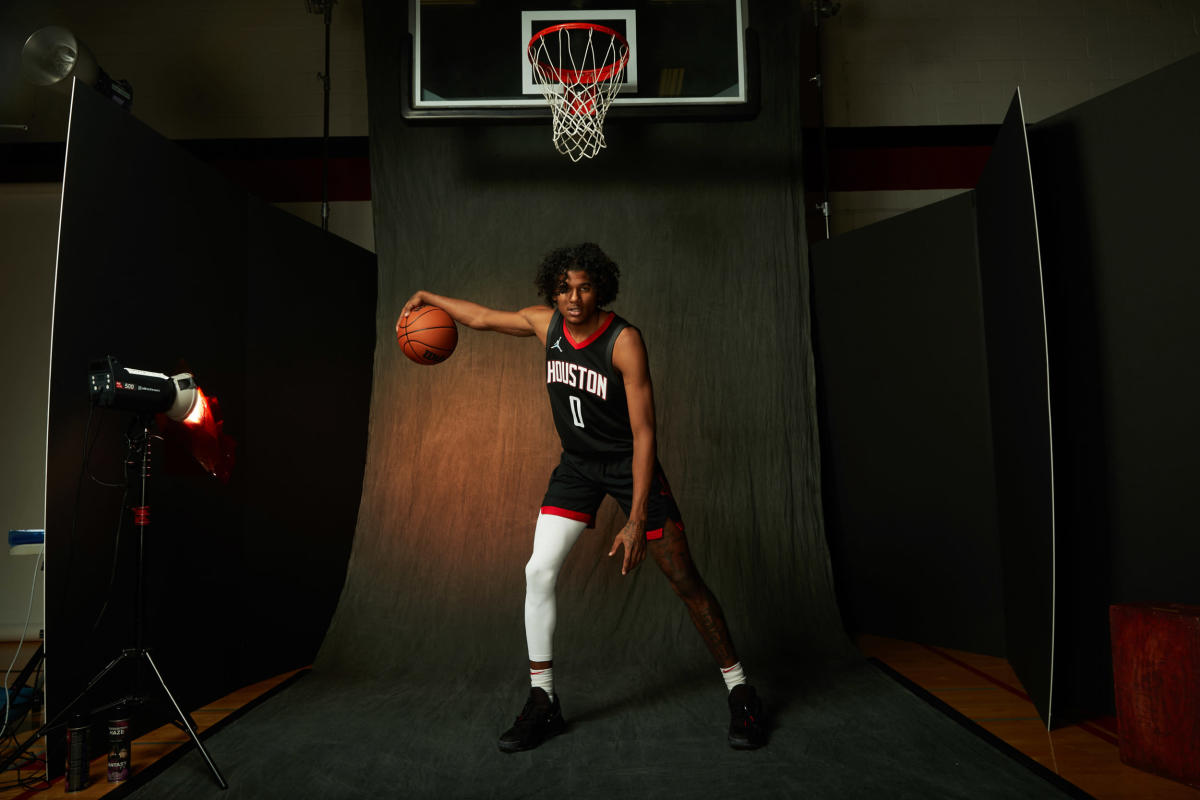 At 16, Tyler Smith is 6-foot-9 and has the kind of basketball skills that make college coaches swoon. But he gave up his future NCAA eligibility — and his final two years of high school. Instead, he’s going pro.

Smith, who hails from the Houston area, and 23 other of the brightest young players in the United States and abroad have signed to play in a new basketball league – Overtime Elite – which was launched in March and is part of Overtime, a media company that started in 2015 with an app that featured highlights of amateur basketball action. Each Overtime Elite player will earn $100,000 a year, train year-round at state-of-the-art facilities, take courses in financial literacy and social activism, and be coached by former University of Connecticut star Kevin Ollie. and NBA veteran.

The league is part of a burgeoning world in which amateur athletes have myriad options that allow them to not only chart a course to the pros, but to monetize that journey every step of the way. The traditional path of a teenage phenom trying to get an athletic scholarship to a flagship Division I program and working to play professionally has given way to a new business model: make money and build your mark early.

“At the end of the day, the pros outweighed the cons,” said Chris Gaston, a Houston-based agent who founded Family First Sports, an NBA-focused agency that represents Smith. He said Smith and his mother thought about the deal for more than three months before making a decision. “Tyler’s goal is to become a professional basketball player. He figured that was the best way to get to the NBA.

Even before a Supreme Court ruling in June established that the NCAA cannot prevent student-athletes from being compensated – a decades-old issue that had been skewed in favor of colleges and universities that have fattened their coffers on the performances of their players – many young sports stars had begun skipping the college route altogether, opting instead to earn six-figure salaries, sometimes at the same age a teenager is eligible to apply for a license to drive. Some college athletes are already signing lucrative sponsorship deals.

Today, between alternative routes like Overtime Elite and the lucrative sponsorship deals that college players attract, young athletes have a growing number of choices for making money – and plenty of people who want to help them. do it while taking a little for themselves. The growing market has attracted major backers. Amazon founder Jeff Bezos and Canadian rapper Drake have invested in Overtime Elite, which bills itself as a direct route to the NBA, where players aged 16 to 19 are wage earners.

While the market now offers young athletes many more options than before, some players in the sports media industry are warning that some of these choices are more risky than others. Steve Trax, head of sports and entertainment at MAI Capital Management, cautions against compromise.

“It’s important to think about short-term wants, but consider long-term needs and not chase after the almighty dollar before a very structured process,” he said.

“My advice to all young athletes and their families is to go through this process very slowly,” Trax said. “And I strongly advise families to develop a strong team of advisors.”

This is a distinct change from just a few years ago. Since the early 2010s, a boom in social media content around amateur basketball has raised the profile of some young players, including Zion Williamson, whose high school highlights have become internet sensations. (After a season at Duke University, Williamson was the 2019 NBA No. 1 draft pick and now plays for the New Orleans Pelicans.)

Young basketball players no longer have to go to the pros to capitalize on their skills. Julian Newman first gained attention on social media as a pint-sized fifth-grader on his varsity team in Orlando, Florida. Now 20, Newman has 749,000 Instagram followers, a clothing line and a reality show. And he’s still working on his dream of playing in the NBA, training in Las Vegas with the goal of playing professionally in Australia or the NBA’s G League.

“It’s easier to build a brand now. The world, it runs on the internet,” said Newman, who skipped the college route. “But,” he warned, “you still have to have it. Some people can make their own brand and it won’t do anything, because nobody cares about that person. No disrespect to anyone. There are big hoopers who don’t have good supporters behind them, so their brand won’t do well. Some have to make it to the NBA and become All-Star for their brand to be popular.

The NBA provided another option. The year-old Ignite program within the NBA’s G League allows high school graduates to sign lucrative deals and train and develop for a year before they turn 19, when prospects are eligible for the draft. The Ignite players are giving up their NCAA eligibility in exchange, but the year of intense training could boost their draft value. After the end of Ignite’s inaugural 2020-21 campaign, two of its players were among the top 10 picks in the 2021 NBA draft — Jalen Green at No. 2 and Jonathan Kuminga at No. 7.

Dyson Daniels, a highly touted 18-year-old Australian guard, said he chose Ignite over college not only for the wealth of basketball experience and development and the opportunity to earn money, but also because ‘Ignite encourages its players off the pitch. growth.

“They help us do things like build our brand,” Daniels said. “They have people here who specialize in this stuff. Having a big brand today is a big thing. I think I made the right decision. »

Gaston said the same of Overtime Elite and Smith.

“I think it’s generally good for the community to have options, especially when very strong people, which it seems, are backing it up and supporting it,” Silver said ahead of the 2021 All-Star Game. .

The decision to embrace such opportunities is not easy. Joining the leagues means giving up NCAA eligibility and, in Overtime Elite’s case, high school eligibility as well, which means players can’t get scholarships if they change their minds. Overtime Elite guarantees $100,000 towards tuition fees if players decide not to pursue professional careers.

“College eligibility and preserving eligibility is very important to a future professional basketball player,” said Jason Setchen, a Florida attorney who has represented numerous NCAA athletes. “And if he is lost, he may be lost forever. Children should be aware of this. »

“Most 17-year-olds who are considering this kind of short-term money, even at the expense of their eligibility, may not be mature enough to make an informed decision,” he said. “The collegiate-NCAA route at this point is still much more tested.”