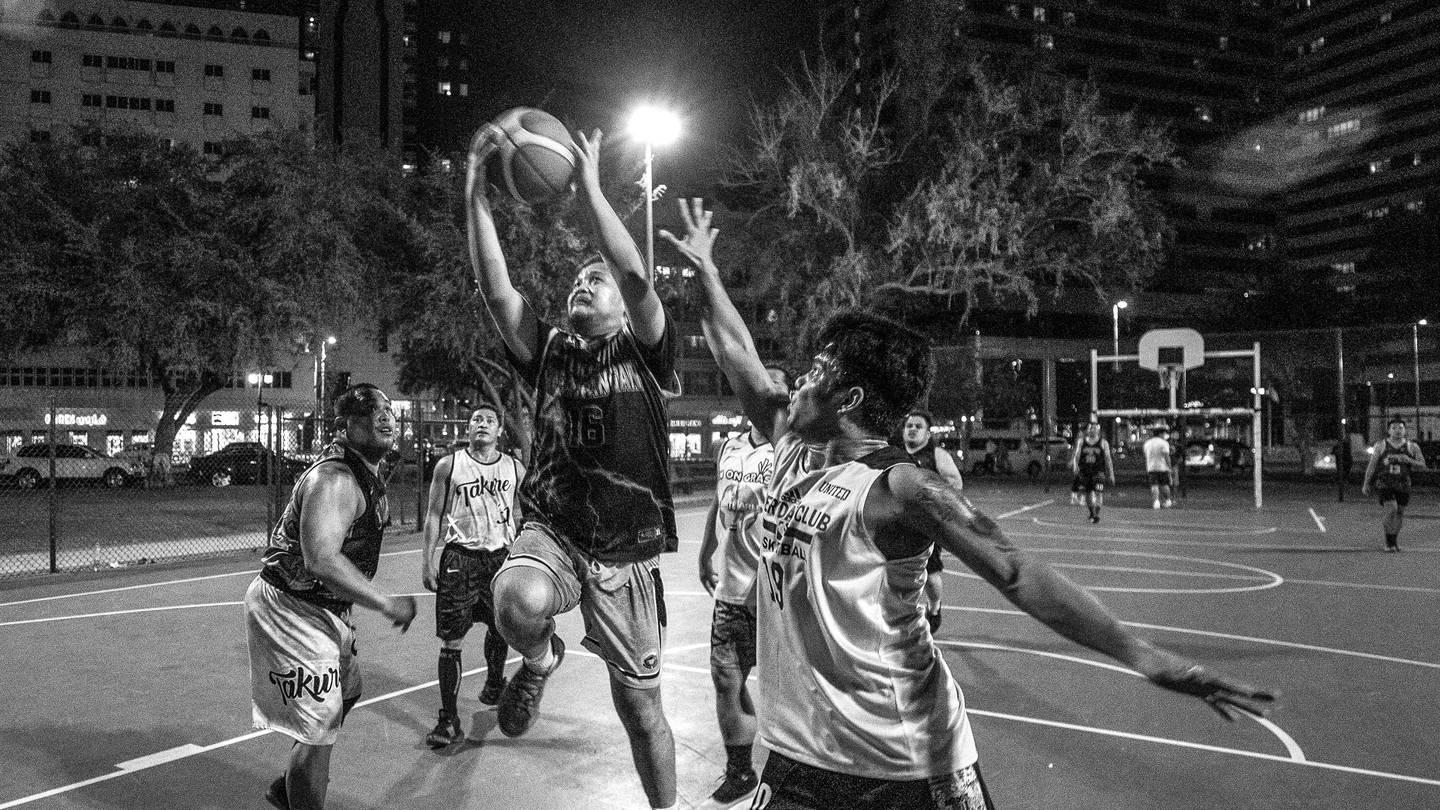 As the sun sets, Capital Park in downtown Abu Dhabi begins to fill with residents. Children enjoy playing in the open space while adults use the site to exercise or catch up with friends, admiring the glittering capital city skyline as a backdrop.

Nestled in the park, a spacious cage basketball court becomes a bustling site when John Merced and Erwin Croox, two of the many Filipino basketball players, take to the court for a game. They are part of an amateur basketball league that plays twice a day throughout the week at the park.

The NationalVictor Besa went there himself to capture them in action.

Merced, who has played basketball since he was nine years old, says he enjoys the camaraderie that develops while playing the sport. “We the kabayans [fellow countrymen] still play in the park. We don’t know each other yet when we start playing, friendships will start, then teams will form.

The league generally meets for games twice a day, Monday through Friday. “We’re in the league not to win prizes, but to make more friends and encourage them to play and stay fit,” Croox said.

While Filipino culture is known for its passionate basketball fan base, Croox says anyone can join, regardless of skill level or familiarity with the sport. “It’s a matter of happiness,” he says.

Games usually take place in the evening when the temperature drops and the players have finished working. Most have day jobs, so players relax by taking to the field for a game or two.

The league is all men, but women and children are also welcome at the park, whether to support the players or just to relax. There is plenty of seating around the basketball courts.

Merced says it’s not intimidating and they aim to foster a welcoming atmosphere. “To all basketball lovers, show your talent and join us in growing our basketball community in Abu Dhabi. Visit us in the park, you will surely enjoy the game.”