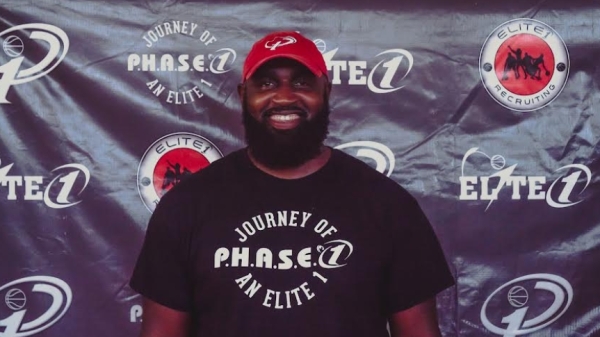 The National Arena in Kingston comes alive this Saturday, August 13 with the first matches of PHASE1 Academy’s Elite 1 Caribbean Basketball Summer League (E1CBL), the biggest basketball entertainment event of the season in the Caribbean, hosted in collaboration with the Jamaica Basketball Association.

The event begins at 5:00 p.m. with an opening ceremony, followed by fierce competition between the four league teams; Elite 1 Rivers, Elite 1 Waves, Elite 1 Horizon and Elite 1 Storm. Each team is made up of top professional players from Jamaica, Barbados, Canada, USA, UK and Ghana.

Spectators will also be treated to entertaining halftime shows featuring some of Jamaica’s most popular artists.

The exciting competition continues on August 14 from 6:00 p.m. and August 17 at 4:00 p.m. It will culminate with a celebrity match, a third-place playoff and the championship match on August 20 which kicks off at 4:00 p.m.

PHASE1 Academy CEO and Founder Wayne Dawkins says E1CBL is the ultimate family event and invites people to get out and witness basketball like they’ve never seen before in Jamaica.

“We’re going to bring them a professional basketball atmosphere that a lot of people only see on TV. We will have top flight basketball players, dancers, music and entertainment topped off by an energetic crowd. It’s the ultimate family entertainment event,” he said.

Tickets for the event are available from Emkay Sports at 11 Oxford Terrace in Kingston and cost $200 for students, $500 for bleachers and $1,000 for VIPs. People can also contact E1CBL via Instagram @e1caribbeanbasketballleague to purchase tickets.

PHASE1 Academy was founded by Wayne Dawkins, a Jamaican Canadian and former basketball player. For the past 25 years, PHASE1 Academy has organized and hosted basketball leagues and tournaments in Canada, the United States and Africa. These events have largely contributed to the growth of the youth sports industry.

PHASE1 Academies are located in Canada, Jamaica, USA and Africa. Our student-athletes have access to expert staff, elite training methods, high-level competition, and exposure to greater opportunities. Over the years, we have assisted in the development of over 500 athletes by receiving scholarships to study and play post-secondary sports and become professional athletes.