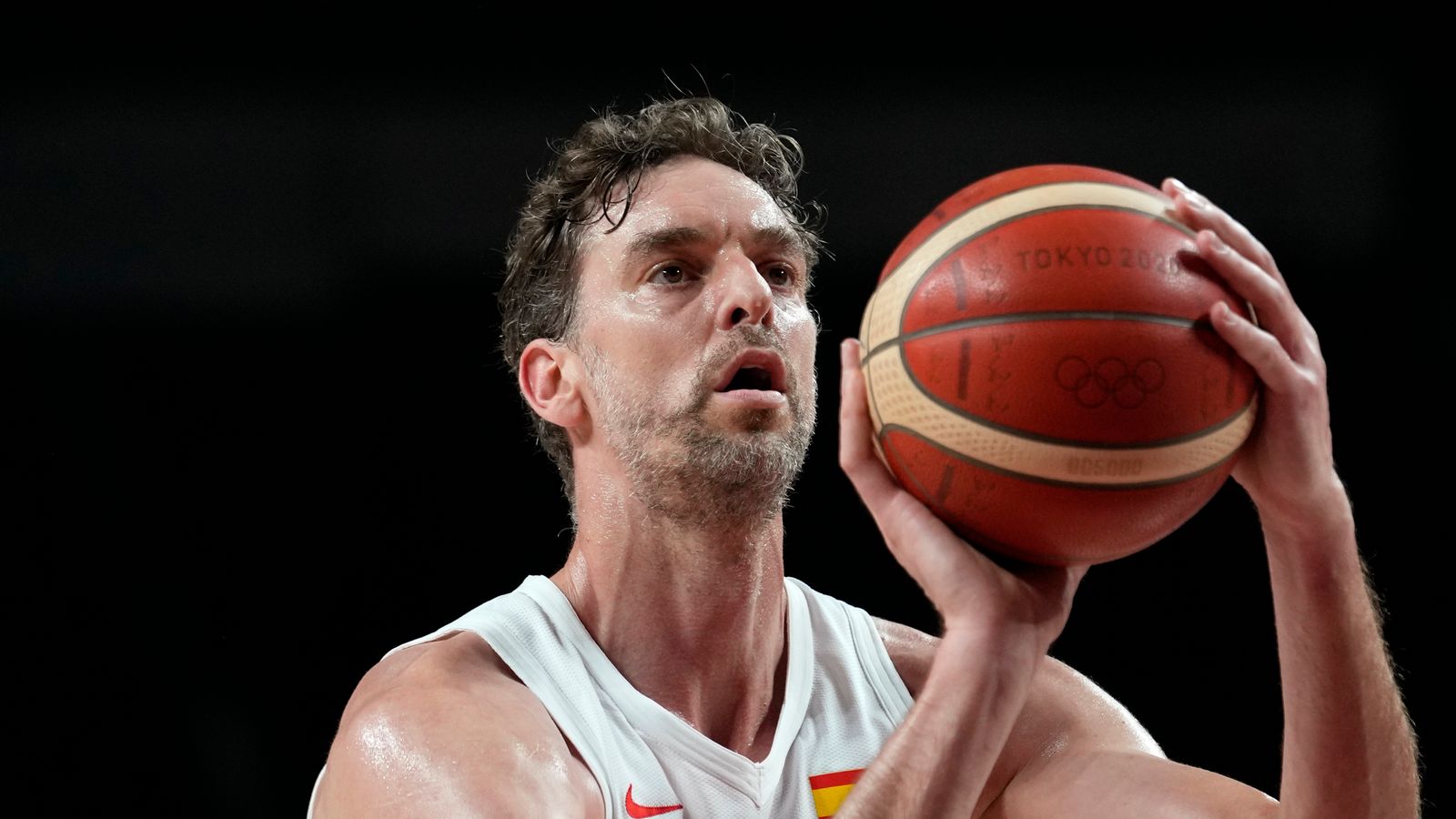 Pau Gasol won two NBA titles and three Olympic medals; He helped Barcelona win the Spanish title this year before competing in the Olympics; Gasol: “It’s a difficult decision after so many years but it’s a decision that I took with care”

The great Spanish basketball player Pau Gasol has announced that he is retiring from the sport after a 23-year career.

The 41-year-old has won two NBA titles and three Olympic medals during a successful career.

Speaking at a press conference at the Liceu theater in Barcelona, ​​he said: “I am here to tell you that I am going to retire from professional basketball.

“It’s a tough decision after so many years, but it’s a decision I made with care.”

Gasol, who is 7-foot-1, made his professional debut in 1998 with Barca as a center before being signed by NBA team Memphis Grizzlies in 2001.

He won NBA titles with the Los Angeles Lakers in 2009 and 2010, while being selected to the All-Star team six times.

Gasol went on to play for the Chicago Bulls and San Antonio Spurs, and made a brief stint with the Milwaukee Bucks and four months with the Portland Trail Blazers, where an injury prevented him from playing.

He returned to Barcelona earlier this year, helping his childhood club end a seven-year wait to win the Spanish league in June.

He recovered from a nearly two-year hiatus to compete in the 2020 Olympic Games in Tokyo, where Spain lost in the quarter-finals to future winners USA, in their last international match.

Gasol began the press conference by detailing his battle to overcome the stress fracture he suffered in his left foot in 2019.

“Not many doctors thought I could recover but I am a person who likes a challenge and wanted to fight to do the improbable,” he said.

“I got to the point where I was relaxed about the end of my career, I was at peace.

“But, when things went well, I made the decision to sign for Barcelona, ​​which was not in my plans.

“But I managed to win the championship with the club where it all started and where I made my debut. It was very special.”

Gasol also paid tribute to the late Kobe Bryant, his former Lakers teammate, who died in a helicopter crash in January 2020.

“I wish he had been here today, but sometimes life is unfair,” Gasol said.

“He taught me to be a better competitor, a real winner, I considered him an older brother.”