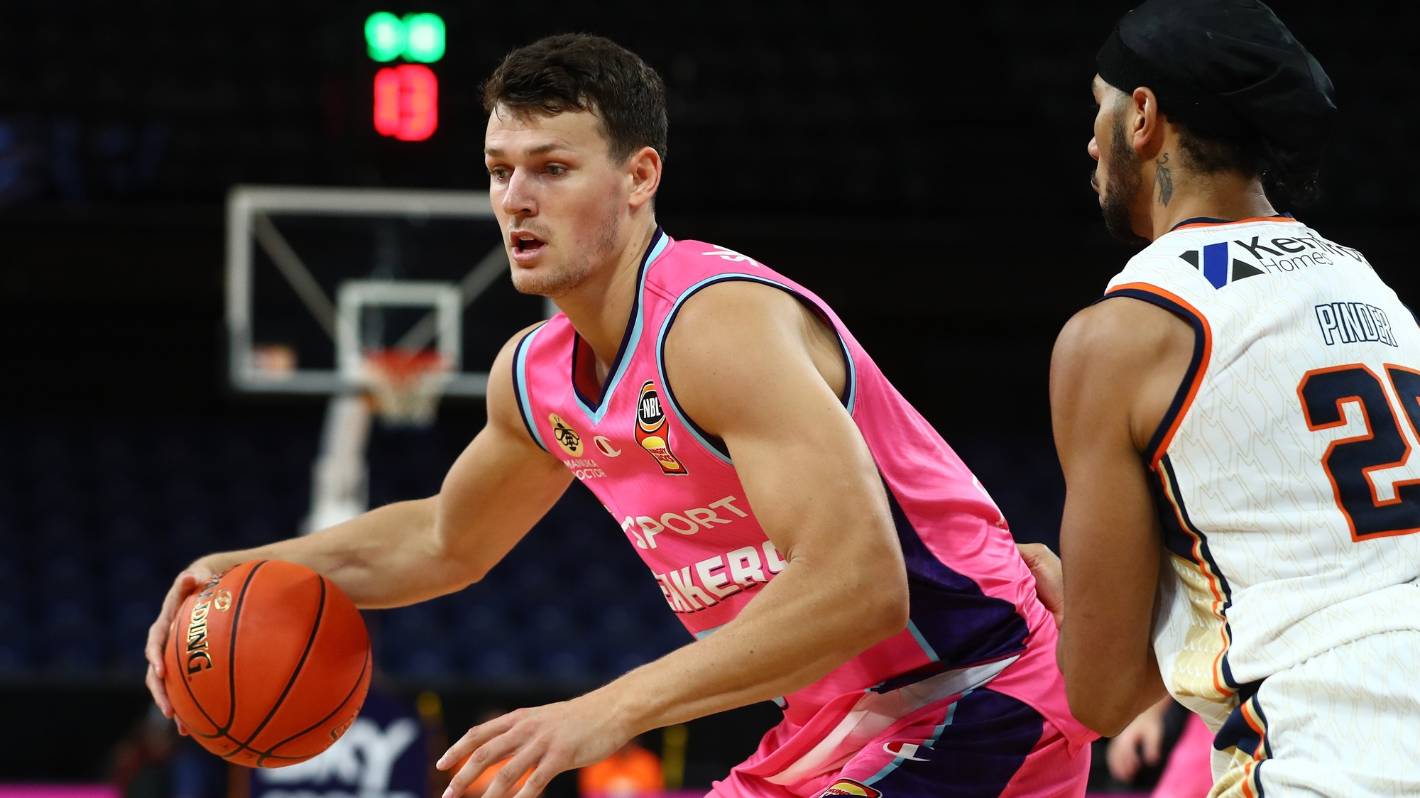 Yanni Wetzell in action for the Breakers against Cairns on Sunday.

The Cairns Taipans relegated the New Zealand Breakers to their fourth straight loss and likely the NBL’s wooden spoon after Ousmane Dieng’s three-point miss at the buzzer secured a hard-fought 93-90 win at the Cairns Convention Center.

Sunday’s seesaw affair came to a dramatic climax when Kouat Noi hit just the first of two foul shots with four seconds remaining to give the Taipans a three-point lead.

Dieng, the exciting 18-year-old Frenchman from the Breakers, grabbed the rebound, dribbling quickly and gave a long prayer that caught a good piece of iron before going out.

“It’s never a game that went out – seven points was the biggest margin.

“Any time we felt we felt we had some momentum, they would hit an uncontested three or layup and it was on us.

“There has always been this unease.

“But it was good to get the win because wins have been rare.”

Yanni Wetzell (21 points, eight boards) took a few chunks from Jawai before bringing the Breakers back into the competition, aided by NBA prospects Dieng (career-high 20 points) and Hugo Besson (16).

The veteran Jawai beat New Zealand with eight straight points in the final three minutes of the opening period to give Cairns a 24-17 quarter-time lead.

Dieng and Wetzell led a revival in the second quarter, leading the Breakers to a 45-43 halftime advantage before the momentum resumed when Noi caught fire in the third term, which ended with the Taipans ahead 71-68, despite the New Zealand import of Peyton Siva. triple on the buzzer three quarters.

Out of nowhere, Machado beat the Breakers 8-0 in a frantic two minutes in the fourth to extend Cairns’ lead to seven points.

Wetzell again became more involved in the final five minutes as New Zealand, despite their indifferent defence, slowly closed the gap, which Dieng was ultimately unable to erase completely.

“We couldn’t stop the Taipans from reaching the free-throw line.

“We complained a lot, but we also made a lot of mistakes.”