Nix survives fear of the Scorchers, Gladiators haunt the Flyers 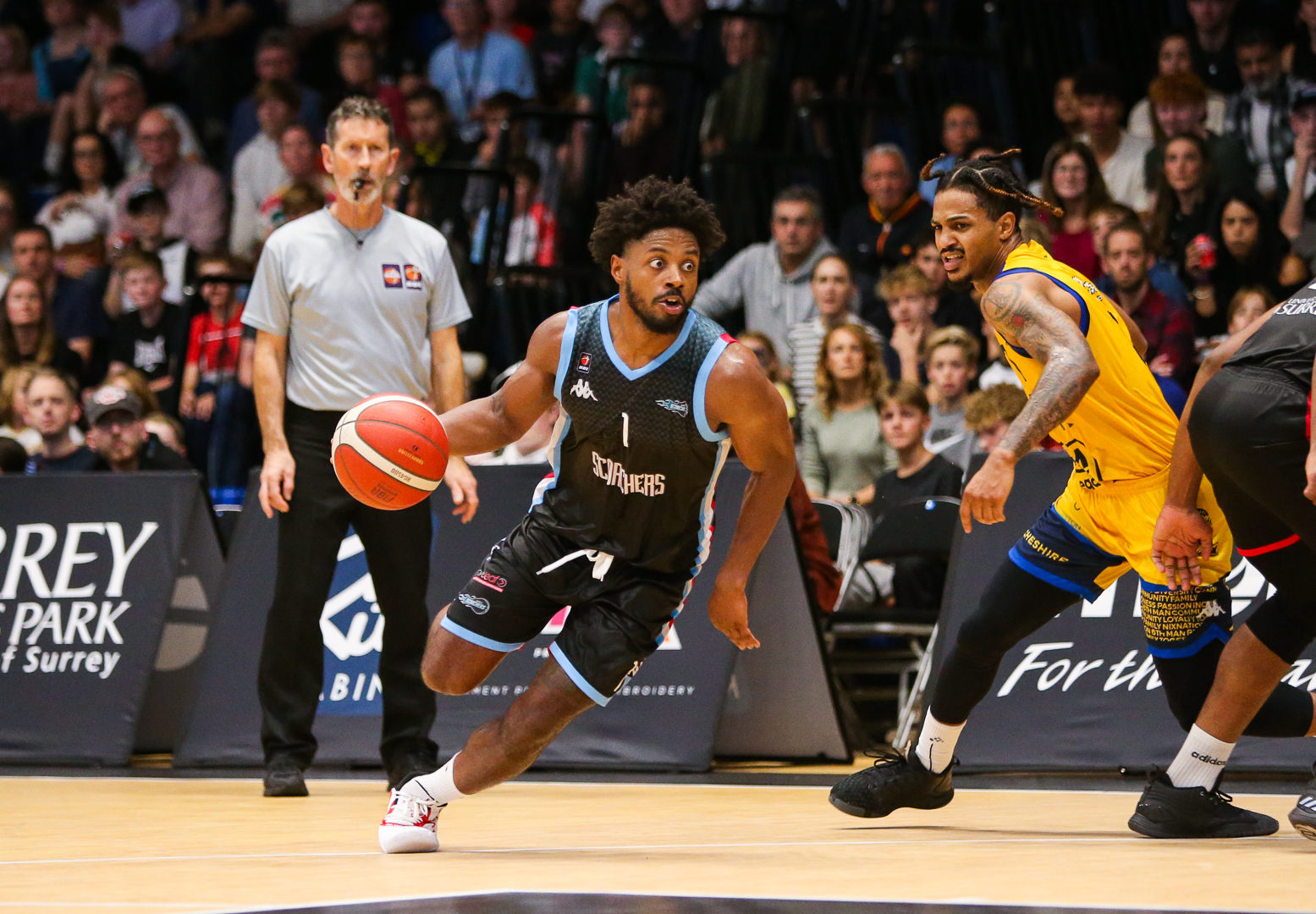 Nix survives fear of the Scorchers, Gladiators haunt the Flyers

Surrey Scorchers entertained Cheshire Phoenix as the two sides faced off for the second time in the BBL Championship regular season. Their previous meeting – in September – saw Cheshire come out on top, behind Jamell Anderson’s 22 points (8-17 FG, 2-7 3Pt, 4-4 FT).

For Lloyd Gardner’s Scorcher side, revenge was on the cards, as Surrey struggled to clinch a win amid a plague of injuries, including high-engine guard Josh Steel, ruling him out for tonight’s game.

For home fans, many eyes were on South Sudanese international Padiet Wang, whose impressive playing form – averaging 15.5 points, 6.5 rebounds, five assists and 35 minutes in from its previous two games – presents a problem for all BBL teams.

Additionally, Scorchers unveiled the return of American guard Quincy Taylor, who arrives to help get the Southwest side back on track. His third stint in the BBL, Taylor knows a thing or two about closing out tense games.

Quincy on the court 🔥

As for Cheshire Phoenix, head coach Ben Thomas commented on his side’s back-to-back defeats ahead of the game against Surrey, explaining:

“We’re a new team – we’re not happy with the start we’ve made, but we’re going to straighten it out. It’s going to be a battle.”

Unsurprisingly, Wang put on a show early on, completing a scenic transition dunk to put Surrey ahead, followed shortly after by a corner three from forward Charleston Dobbs. Phoenix responded with a confident triple courtesy of Anderson.

Coast to coast with AUTHORITY! 💥 @padiet_wang05

A Taylor three-point conversion late in the first quarter got the home crowd moving. Tennessee St. alum and BBL Rookie Shakem Johnson made a strong impression coming off the bench, adding 8 points in just over four minutes of playing time to close out the first quarter.

Speedy guard Larry Austin, Cheshire’s second top scorer, provided a handful of nifty baskets, starting with a clean three-point conversion from an Anderson kick pass. Next, Austin turned on the jets, weaving through the Scorchers defense for a solid layup to energize a lagging Phoenix team.

A strong inside move from Cheshire center Will Neighbor followed by a pair of steals from Austin and transition layups brought the game down to single digits. With 20 seconds remaining, it was a three-point exchange from perimeter between Dobbs and Phoenix keeper Marcus Evans that capped off a thrilling end to the first half, with Surrey holding onto a slim lead.

The Phoenixes are rising!@surreyscorchers lead has been reduced to 7. They lead 39-32 against @CheshireNix at HT!

Phoenix continued to add to its 11 interceptions accumulated in the first half. Austin once again led Cheshire’s transition attack, visiting the free-throw line numerous times in the process, reducing Surrey’s advantage to a single point midway through the third.

Six total visits to the free throw line for the Phoenix helped establish a 10-point advantage over the Scorchers, highlighted by a three-point neighbor – characteristic of the 6’10” big man – as the game entered. the last period, the two-digit Nix.

Despite a ruthless defensive display from Cheshire, Surrey center Boban Jacdonmi made his presence felt in the low block, hitting double the goals, while Taylor’s selfless attack earned him 9 assists.

Unable to contain an energetic attack from Phoenix, including a career-high BBL 14 points for debutant Maceo Jack, the Scorchers were outplayed but were cheered on every step of the way by a spirited Surrey Sports Park crowd.

In Game 2 of Saturday’s BBL action, the Bristol Flyers hosted the Caledonia Gladiators, marking the opener of South West Caledonia’s double ticket as they take on the Plymouth Patriots tomorrow.

Caledonia, which entered the game with a 2-2 record for the season, turned to rookie David Sloan, who scored 36 points in Caledonia’s road win over the Leicester Riders last week .

Tragically, Thomas Bell III, one of Bristol’s most prolific players so far this season, took a knock in the opening minutes and failed to return to the ground after sustaining a hip injury. We wish him a quick recovery !

With six lead changes in the first quarter of the game, it’s safe to say that both teams started strong. The Gladiator guarding duo of Sloan and Jacksonville St. Darian Adams kicked things off for the visitors, while VJ King’s peripheral shot coupled with Malcolm Delpeche’s high-flying dunks and defense set the pitch ablaze.

A very physical up-and-comer, Jeremiah Bailey flourished for the Gladiators in the first half, leading the team with 13 points, eight rebounds and two steals. As for the Flyers, King persisted in coming down, getting a handful of free throws while picking up eight rebounds.

Yet another bite, the half-time whistle sounded with Caledonia ahead sporting a point clear of Bristol.

You can’t predict this one…

An early flurry for Caledonia, with a three-point sink from Prince Onwas and a transition from Sloan after a Bailey steal, put the Gladiators firmly in front, forcing a Flyers timeout.

Hitting again, Caledonia’s Sloan showed off his shooting prowess, knocking down back-to-back perimeter shots, helping to significantly increase their lead over Bristol, up 15 midway through the third quarter.

A huge chasing block from King revived the SGS College Arena, but it was Caledonia center Patrick Tape who started to put on a show, scoring double-digit runs, without a miss from the floor.

Despite some pushbacks from the Flyers with well-worked buckets from Jelani Watson-Gayle, the Gladiators maintained an effective shooting performance, We put on a huge performance off the bench, picking up 20 points (8-8 FG, 3-3 3Pt, 1-3 FT), seven rebounds, two assists, one steal and one block.

An incredible performance from Caledonia, the Gladiators dominated the second half of the game, culminating in a 22-point victory, as they prepare to face the Plymouth Patriots in tomorrow’s matches.

BBL | The Gladiators win their first match on the road! 🏴󠁧󠁢󠁳󠁣󠁴󠁿⚔️