Molten BBL Team of the Year 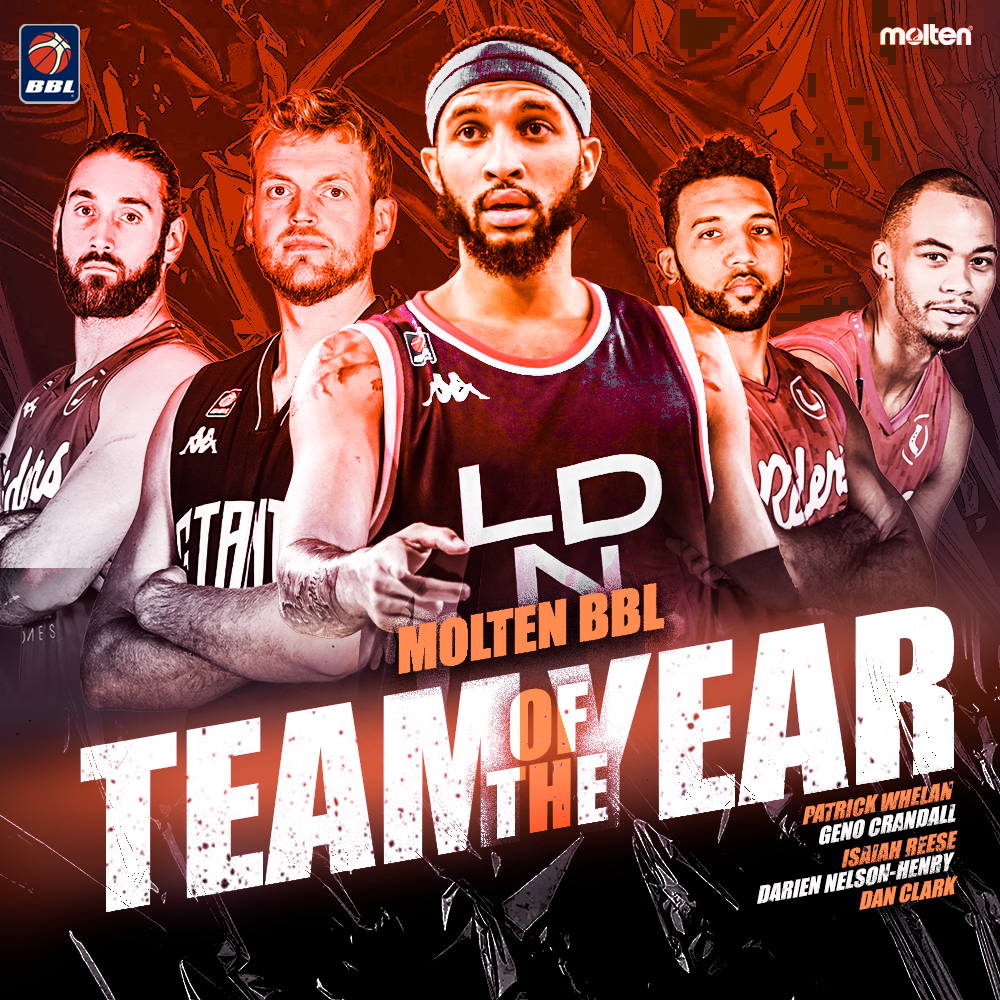 Molten BBL Team of the Year

The 2021-22 Molten BBL Team of the Year, as voted on by BBL head coaches, features three players from the league-winning Leicester Riders alongside the league’s top scorer and England captain.

The team’s only unanimous selection, Patrick Whelan was Leicester’s top scorer as they clinched a sixth BBL league title with a 25-2 record, already completing a brace by winning the BBL Cup. Playing his first season in the league after a college career in the United States and three years at Real Murcia in Spain, the 25-year-old made an instant impact, averaging 15 points, four rebounds and three assists in the league . He’s proven himself to be a sniper as the second-best three-point shooter in the BBL with a sensational 48% accuracy, and is ninth in overall field goal percentage at 54%. He had a season-high 25 points on three occasions, including in the BBL Cup semi-final against the London Lions where he shot 6-7 (86%) from long range.

In his second season as Leicester general, Crandall has already added two more trophies to the league title he won last year and is voted Molten BBL Team of the Year for the second time. He averaged 13 points, seven assists, five rebounds and two steals for the season, most significantly improving his three-point percentage to a pro-high 40%. He was fourth in the league in assists and seventh in steals, with the sneaky point guard also drawing the sixth-most fouls of any player. He averaged 17 points and eight assists in Leicester’s run to BBL Cup glory – the first time they had won the competition since 2014 – and he was Cup final MVP after winning won the game to finish with 26 points. Most recently, he posted a whopping 32 points, 11 assists, seven rebounds and five steals in Leicester’s play-off semi-final win at Glasgow.

London closed the regular season strong to finish third in the BBL Championship and reach Sunday’s play-off final at the O2 Arena live on Sky Sports, driven by their 25-year-old Miami native playmaker, who has joined last summer from Santa Cruz Warriors of the NBA G-League. He was the BBL’s top scorer with 19 points per game and also the top five in the distribution with an average of seven assists per outing, making the most three-pointers of any player on the season (70). He recorded some of his greatest performances for the end of the campaign, with the Lions battling for the top four, as he netted a season-high 32 points against the Manchester Giants, beating his previous record of 26 two days before against Cheshire Phoenix, hitting six trebles in every game against those near-rivals. He has averaged 23 points and eight assists in the London playoffs so far.

In his third campaign with the club, the Leicester captain was named to the squad for the second consecutive season as he once again formed a lethal partnership with his playmaker and played a pivotal role in their campaign, winning two trophies so far. With his usual efficiency, he led the BBL in field goal percentage at 64% and was also top-five in free throw percentage at 76%, en route to averaging 12 points, six rebounds, two assists and one block per game, the latter also placing him fourth among all players. He scored a season-high 23 points in a February win over the Manchester Giants live on Sky Sports, and opened the Play-offs with a 12-point, 10-board double-double against Plymouth City Patriots.

Playing his first season in the BBL after a career with Spain’s formidable ACB, the British captain and all-time leading points scorer returned to these shores to lead Manchester Giants to the BBL Cup final and a first place finish. in the play-off since 2014. In the BBL Championship, the Giants finished fifth with Clark averaging 13 points, seven rebounds and four assists, as the BBL’s top passer, while leading the league in defensive rebounds with six per game, and being second overall in blocked shots. at 1.4 per competition. He had perhaps his best game to open his BBL career, with a 25-point, 10-board double-double as the Giants beat Cheshire Phoenix in a North West derby, in what was the best start ever for any Manchester player since returning to the top. flight in 2012.