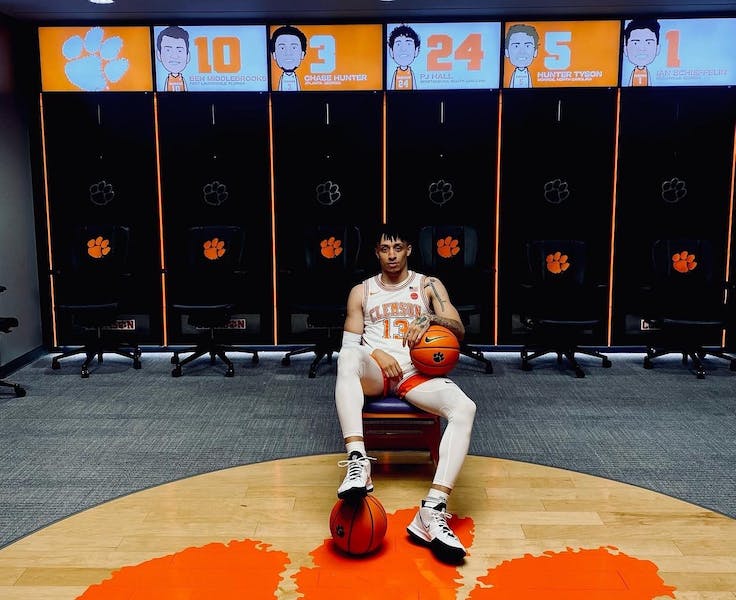 Men’s basketball main guard Jaelin Llewellyn will continue his basketball career as a Tiger, but not at Princeton.

On Tuesday, April 12, the Ontario native officially announced via social networks that he will be transferred to Clemson in South Carolina. Like Princeton, Clemson’s mascot is also a tiger.

Although he enjoyed great success in his final year as the Princeton Tiger, the team’s 2021-22 season ended on a sour note. The team’s hopes of making it to the NCAA March Madness tournament were dashed by Yale in the Ivy League tournament, sending Princeton to play in the National Invitation Tournament (NIT) instead. The team lost in the first round to the Virginia Commonwealth Rams, 90–79.

“I think one lesson I learned was how hard it is to win games, and how much focus and effort it takes to do that,” Llewellyn told the Daily Princetonian. “The hardest part of moving on will be leaving my current teammates, especially the class of [2022] because I’ve been with them the longest.

Llewellyn now has the opportunity to play one more year of college basketball. He officially entered the transfer portal on March 14. Within 24 hours, he heard of a number of major Division I schools, including Alabama, Vanderbilt, West Virginia, Miami, Memphis, Washington State, Washington State, ‘Oklahoma and Oklahoma.

His ultimate selection, Clemson, ended last season on a low note. They finished in the bottom half of the Atlantic Coast Conference (ACC) at No. 10, with an overall record of 17-16 and a conference record of 8-12. Llewellyn will look to step in and revitalize the winning culture familiar to the Tigers, playing under head coach Brad Brownell. Brownell is the No. 1 coach in Clemson men’s basketball history by winning percentage against Atlantic Coast Conference (ACC) competition.

“They have a great team coming back,” Llewellyn told The Prince. “They needed a point guard to get the ball in their hands. The ACC has a high level competition every night.

Llewellyn will once again have the chance to play alongside an elite striker. This time, instead of Princeton junior forward Tosan Evbuomwan, he’ll lead the offense alongside sophomore forward PJ Hall. Hall is a 6’10”, 240 lb talent in the paint, averaging 15.5 points and 5.8 rebounds last season. Other key contributors around Llewellyn include junior guard Al-Amir Dawes and senior forward Hunter Tyson.

Matt Drapkin is a sports writer for the “Prince” section. He can be reached at [email protected] or on Twitter at @mattdrapkin.

Get the best of ‘the prince’ delivered straight to your inbox. Subscribe now »