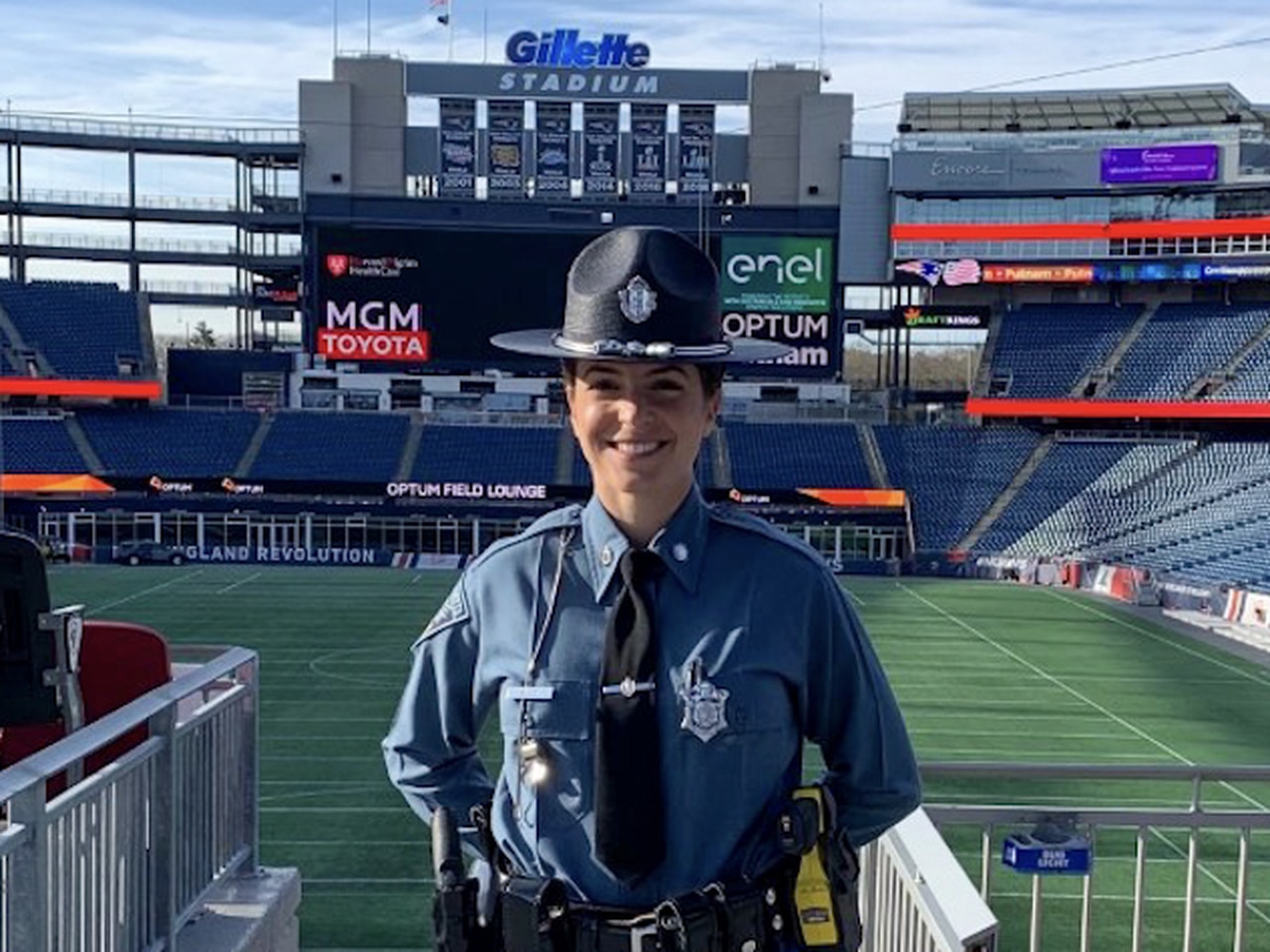 Massachusetts State Police launched a new girls’ basketball league on Wednesday in remembrance of Trooper Tamar Bucci, who was killed earlier this month in a car crash while trying to help a motorist stopped on the highway.

“The league is named in memory of Massachusetts Police Trooper Tamar A. Bucci, badge 4440, who gave his life in service to others,” reads a flier posted online by the state police. .

Bucci was killed on the night of March 3 when his cruiser was hit by a tanker on Interstate 93 in Stoneham. The week after his death at the age of 34, thousands of law enforcement officers from across New England, government officials, family and friends turned up at a church Revere to remember the soldier, whom state police chiefs called their “sister.”

Women’s basketball league games will be played at the Brockton Boys and Girls Club. The program will complement an existing league for boys, also run by soldiers, active in Brockton, Fall River, Chicopee, Worcester and Boston.

Last summer, the state police created a youth basketball league as part of the TEAM initiative in hopes of connecting soldiers to young people in the communities they serve.

“We are always looking for ways to connect with the community,” State Police Lt. Anthony Dear told The Boston Globe on Wednesday. “Given the past two years, we felt it was time to heal, to bring the two parties together.”

“I learned that Private Bucci has dedicated his life to physical fitness and also to service to his community,” said Dear, who coordinates state police youth sports programs. He said state police believe the soldier’s background makes the new league a good way to honor him.

After the service, the crowd stood silently in the freezing cold outside the Church of St. Anthony of Padua during a state police ceremony for the fallen soldier. As snowflakes began to fall on the North Shore, a gun salute in Bucci’s honor caught the attention of participants and spectators. A bagpiper sang “Amazing Grace,” a bugler played Taps, a State Police trooper escorted a symbolic riderless horse through the church parking lot, and a State Police helicopter buzzed overhead. crowd.

Among the worshipers were law enforcement officers from every New England state. Police arrived by bus from the Massachusetts Municipal Police Department. A double-decker American flag hung from a Boston fire truck above the crowd, fluttering in the wind.

Bucci was “the epitome of quiet confidence and great promise,” Mason said in his tribute to the fallen soldier.

“For Tamar, you clearly rose to the challenge” of state policing, Mason said. “I say well done. Tamar, we stand with broken hearts but with steadfast dedication to build on your legacy and use it as inspiration to build a better and safer world.