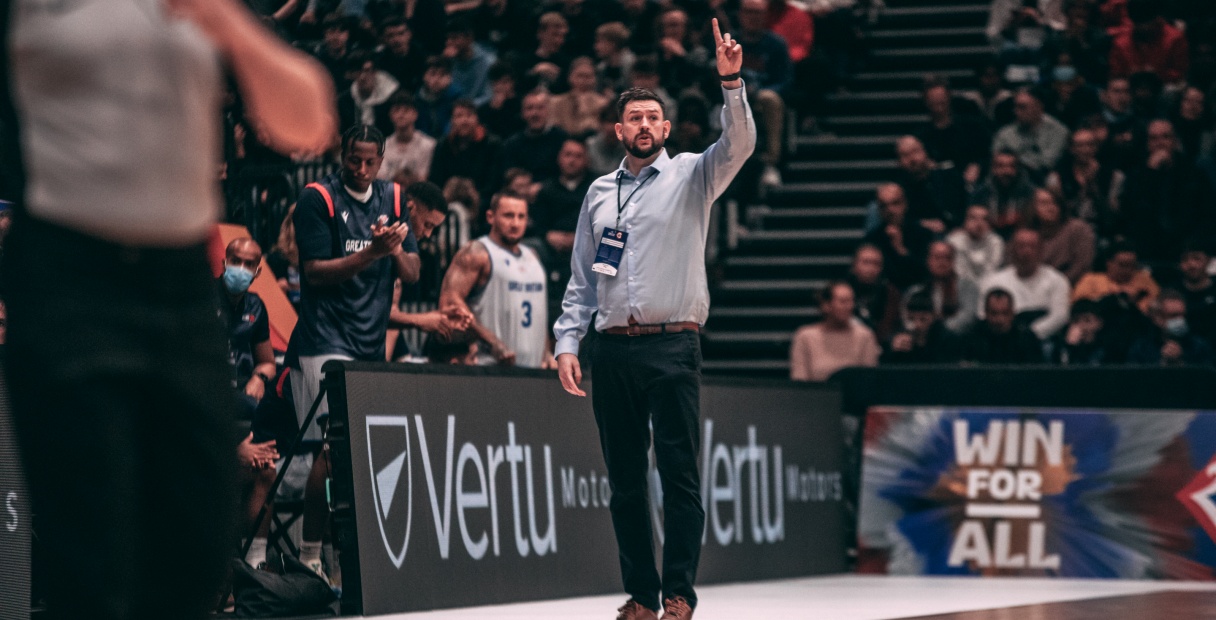 Marc Steutel is ‘thrilled’ to take on one of the biggest jobs in British basketball after securing a dream return to the Newcastle Eagles.

And the ambitious playcaller is committed to providing a team the club’s fans can be proud of as he tries to put the men in black in their place.

Steutel is convinced Newcastle are the “right club at the right time” after returning to the organization that launched his coaching career.

And the interim Great Britain head coach has reassured Eagles fans that he can comfortably combine his national team commitments with restoring the Tynesiders’ reputation as a top flight side to beat.

“Each stage of my coaching journey has involved important touchpoints with the Newcastle Eagles,” Steutel explained.

“That’s why I’m thrilled to be the new head coach.

“Timing is everything and I really feel like it’s the right time for me to make this move.

“I’m 37, a British coach and I’m really proud of what I’ve achieved so far. But this feels like the first step of the next step in my coaching journey.

“Everything I am as a person and as a manager has gotten me to this point and I can promise Newcastle fans that no one will get past me.

“I will do everything in my power to give the city, the club and its fans a basketball team to be proud of.”

Steutel returns to Newcastle after first impressing as a junior coach with the Eagles Community Foundation.

And he steps up to the head coaching job after spending a year shadowing former playmaker Fabulous Flournoy in the assistant role during the 2009-10 season.

Steutel, of course, has had two winning returns to the Vertu Motors Arena since 2020 after securing historic wins for Britain over Germany and Greece at Tyneside.

But one of the most familiar faces in the area’s basketball scene is eager to get to work rebuilding the reputation of the UK’s most successful top-flight franchise.

“My role with Great Britain is something Paul Blake and I have discussed at length,” added adoptee Geordie Steutel.

“And as long as I have the opportunity to be part of the national team, we both think it’s a situation that can be mutually beneficial.

“Of course my main focus will be the Eagles this summer and I can’t wait to get my feet under the table and start signing a team that Newcastle fans can really support.

“I’ve always been a fan of this club and like all the other fans, I don’t like to see them out of the playoffs.

“My job is to come up with the right approach and the right vision and to ensure that we are no longer in the same position.

“I am fully aware of the legacy of this club, the stature of the players who have donned an Eagles jersey in the past and the legacy they have created.

“It’s something I respect and hope to develop.”

The popular Scouser was named NBL Coach of the Year two years in a row in 2012 and 2013 as he turned Team Northumbria into Division One title contenders.

And after earning his FIBA ​​coaching certificate in 2015, one of the UK’s most dynamic players was appointed head coach of the GB Under 20 team in 2018.

“We are delighted to have Marc join the Eagles and see what he can achieve at BBL level after consistent success both internationally and domestically,” Newcastle chief executive Paul Blake said.

“Marc started his coaching career with the club, so we’ve known each other for many years and it’s great to see him back.

“We are already looking forward to the new season with a new Eagles team on and off the pitch.”