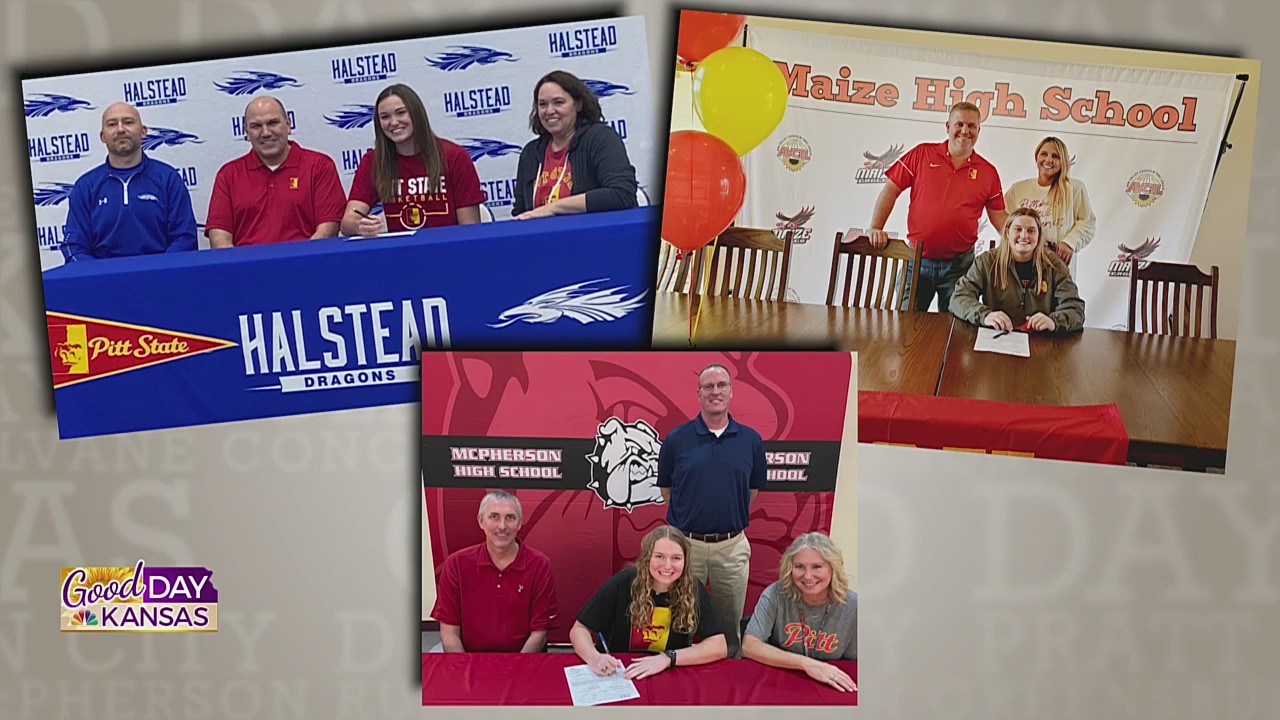 Whenever a local student-athlete takes their career to the next level, we are thrilled to celebrate it. We had the opportunity to introduce many high school athletes who have gone varsity athletes, varsity athletes have even become professional athletes – but today we are honored to share three student athletes who have made the choice to pursue their careers together and playing at Pittsburgh State. University of Pittsburgh, Kansas.

Sydeny Holmes, Grace Pyle and Kareena Gerber have played basketball together for years and have had many wins, both on and off the court. They complete their sentences, make each other laugh, know where they will be on the pitch and share a desire to win. This trio represents a community of athletes passionate about the game and each other. They started playing for Sydney daddy Drew Holmes at the Next Level Eclipse Club. Coach Drew Homes is clearly doing something right – over 80% of his players pursue their athletic careers at the college level. (one is currently in its final year)

Finding chemistry between teammates is such a blessing, but Sydney, Grace, and Kareena’s chemistry is very rare. That the three players are dedicated enough to want to stick together and continue to play at a high level is truly remarkable. All three athletes received numerous offers to play at various schools, including the D1 level, but at the end of the day, as Grace said herself, they “want to keep playing with the winners and want to keep winning“They know the recipe for doing it, and that’s why they decided to collectively commit to Pitt State. The mentality and laser focus that they’ve associated with their abilities, work ethic, and dedication to the game are impressive. Keep an eye out for this trio.

Their new coach at Pitt State calls them “The big three”And couldn’t be happier to have them on the squad this year. Good luck to these three student athletes on their journey to compete with the best of them. Follow their journey to Pitt State as they play for the Gorillas.