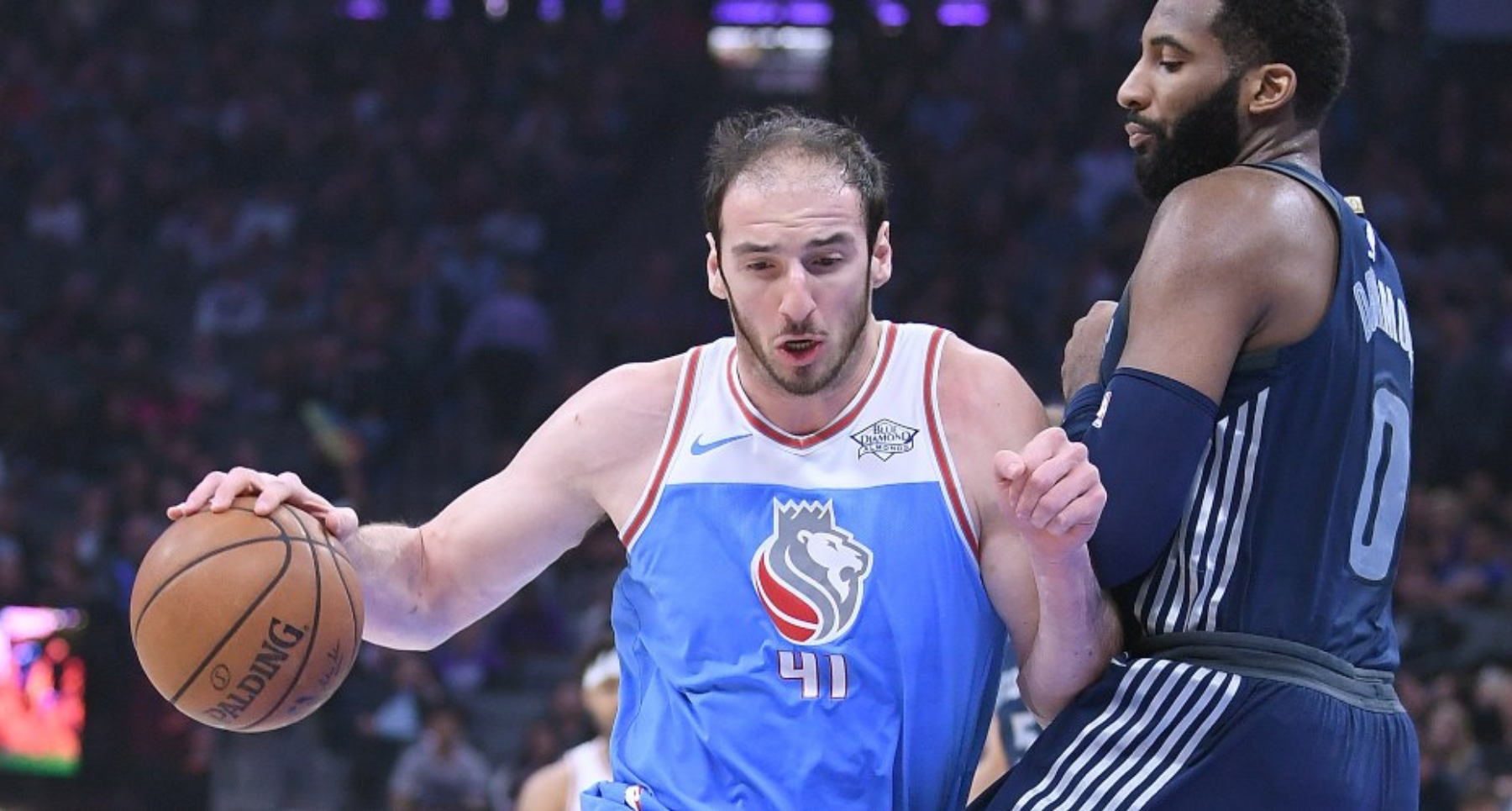 Ryan Schmidt’s London Lions have announced another big signing by acquiring 7′ 0″ dual American/Greek national Kosta Koufos, continuing a string of impressive signings made by the team this off-season.

Koufos had an 11-year NBA career with five different franchises and helped Greece win a bronze medal at EuroBasket in 2009.

When the Ohio-born big man makes his BBL debut, he will become the player with the most NBA appearances in Britain’s top league after playing 686 regular season games and 37 play-off appearances.

After an illustrious career at GlennOak High School, Koufos spent a single season at Ohio State University where he helped the Buccaneers win the prestigious National Invitation Tournament, finishing with 22 points, nine rebounds and three blocks in the game for the title.

Koufos was selected by the Utah Jazz with the 23rd overall pick in the 2008 NBA Draft and his two seasons in Salt Lake City saw him play 84 games, averaging 3.3 points and 2.2 rebounds.

“We are extremely excited about the addition of Kosta to our organization. To sign someone of his caliber with the experience he brings is invaluable and adds depth to our pitch alongside Ovie (Soko) and Josh (Sharma).

“That combination of size, physique and skill is what really stands out when you watch his film. I think he will provide us with a low post presence as well as a defensive anchor with his ability to keep the pick-and-roll as well as the rebound. Along with his talent on the pitch, his leadership qualities will impact our team from day one.

After dressing for the Minnesota Timberwolves, Koufos joined the Denver Nuggets and the 2012/13 season saw him start 81 regular games for the team, averaging 6.9 points and 5.2 rebounds. , leading his team to the play-offs. Two seasons with the Memphis Grizzlies followed, where he played 161 regular season games.

A four-season stint in Sacramento saw over 250 appearances for the Kings before EuroLeague seasons with CSKA Moscow and Olympiacos were followed by an NBA G League campaign.