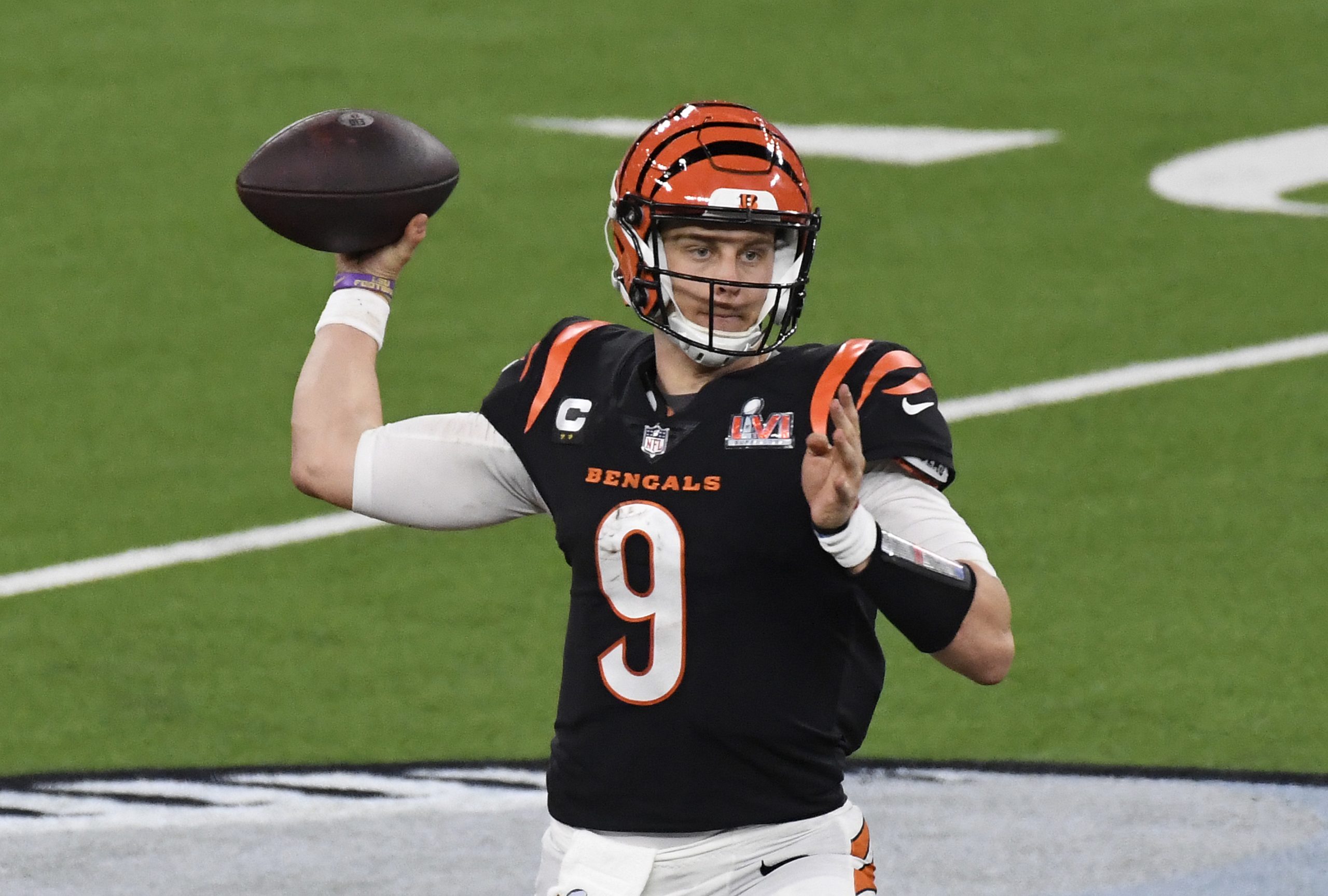 Joe Burrow is doing very well as a quarterback for the Cincinnati Bengals. A Super Bowl appearance in his second year in the NFL isn’t too shabby. His 4,611 passing yards and 34 touchdowns last year bode well for a bright future in the league.

Recently, Burrow reiterated that basketball is his favorite sport. When asked if he could have continued playing college basketball, he replied that he could have. When asked what position he played, he simply said he was the “LeBron” of his high school league.

Burrow has established himself as one of the best young quarterbacks in the NFL. And that’s after tearing his ACL in his rookie season. Burrow went 2-7-1 as a rookie before injury ended his freshman year in the NFL. After an intense rehab, Joe Cool had a rebound year. Burrow led the Bengals to a 10-6 mark in his 16 starts and propelled Cincinnati to an unexpected Super Bowl berth.

It wasn’t always easy for Burrow. He struggled to find a home at the college level. He received very few offers from prestigious schools, and his stint at Ohio State was short-lived. Burrow transferred to LSU, where he found a home and thrived.

He spent two years as a Tigers quarterback, setting records as a senior by throwing for 5,671 yards and 60 touchdowns. He led LSU to the national title and was the first pick in the 2020 NFL Draft.

Recently on the Full send podcast, Burrow admitted football wasn’t even his favorite sport. His first love was always basketball, but he knew that throwing the ball instead of shooting it was the key to a successful professional career.

“I almost quit football to play basketball,” Burrow said. “I was the starting point guard as a freshman in my high school on college basketball, and I was playing freshman football. I was kind of starting to gravitate towards basketball.

“All of a sudden I had this great second season in football, and I thought I’m pretty good at that part of football, so might as well focus on that.”

Burrow clearly made the right choice to stick with football. Although he is a gifted athlete, he admitted that he would never have a career in the NBA.

“I played baseball growing up and played basketball all through high school,” he said.

He said he thought he might have had offers to play college basketball.

“Basketball, I could have played somewhere if I wanted to,” he said.

We asked him if he could dunk.

Then he was asked what position he played.

“I was kind of the LeBron of my little league,” Burrow said with a laugh. “We didn’t exactly have the toughest competition, but I kind of did it all. The LeBron of Southeast Ohio.

Southeast Ohio’s LeBron is now the king of Cincinnati, Ohio, and Bengals fans are certainly happy with his decision to stick with football.