Former UCLA Bruins basketball star Jalen Hill has tragically passed away at the age of 22.

The former student-athlete was reported missing while in Costa Rica, before his death was announced.

His father confirmed the news on Tuesday via an Instagram post as confirmed by Sports Illustrated, saying, “Our hearts are broken and completely broken to inform family and friends that our beloved son, Jalen, has passed away.”

“Jalen disappeared while in Costa Rica and we recently learned of his passing. We realize many will have questions, but we cannot share details at this time.

“As we try to get through this devastating time in our lives, we ask that you please give us time to grieve.”

Born in Tampa, Florida, Hill was the son of George who played for the Kansas State basketball team between 1993 and 1996. 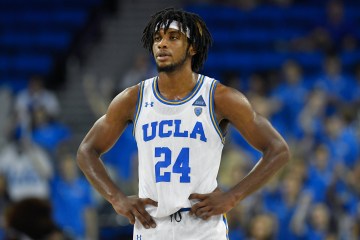 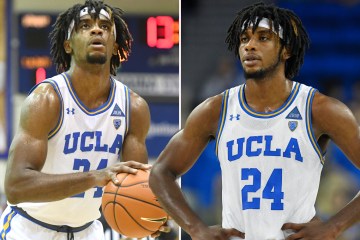 Hill followed his father into the world of basketball, playing for Centennial High School’s varsity team for four years.

In 2015, Hill was a member of the United States basketball team at the FIBA ​​Americas U-16 Championship.

Hill played in every championship game, winning a gold medal after going 5-0, averaging 8.6 points and 5.0 rebounds per game.

As for graduation and where to go next, Hill was ranked 47th nationally by ESPN, according to UCLA.

In 2017, along with two teammates, Cody Riley and LiAngelo Ball, Hill was arrested in China.

The three were charged with shoplifting and subsequently suspended for their first year.

In a video posted to his Instagram last September, Hill said that ever since that incident, “from that point on, I was really trying to get somewhere fast, and trying to get into the league.

“I was looking for a goal in mind and, yeah, that’s a cool goal. A lot of people have that goal.

“And I was really trying to go really fast like that was going to help at all. Because I felt like I was behind.

“And in doing that, it really tripped me up more than if I were just to take my time and enjoy my surroundings and enjoy the company I had in the people around me.”

While Ball left the program, Hill and Riley returned to debut in 2018.

As a sophomore, Hill started fifteen of his 33 total appearances averaging 4.3 points and 6.0 rebounds per game.

Hill finished fourteenth in the Pac-12 in rebounding with 6.0 per game and finished with a team-high .589 field goal percentage in the Pac-12.

This upward trend continued in 2019, when Hill enjoyed a career year for the Bruins.

Ranking ninth in the Pac-12 in rebounds, seventh in offensive rebounds and eighth in blocked shots, along with his team-record four double-doubles, were enough to earn him an honorable mention on the honors. All-Defensive Pac-12 team. .

Unfortunately for Hill, his junior year turned out to be his last.

Hill has missed the Bruins’ first four games with a knee injury and their last 16 games for personal reasons.

In his fourteen appearances, none of which started, Hill averaged 6.5 points, 5.9 rebounds and 1.1 blocks.

In April 2021, Hill chose to retire from the sport due to anxiety and depression.

In an Instagram video, Hill said her mental health issues started after her 2017 arrest “I didn’t really want to open up.

“And it happened last year, then this year, and then COVID happened and everything like that – it was just a lot for me.

“So I had to take a step back. And when I did that, it was a whole new life. I had never felt happier in my life.”

Hill explained that when he had previously returned to the team, it had been difficult for him “to go back to a past life when I was trying to meet someone’s expectations of me, trying to meet the perception of someone about how my life should be, instead of just who I am.”