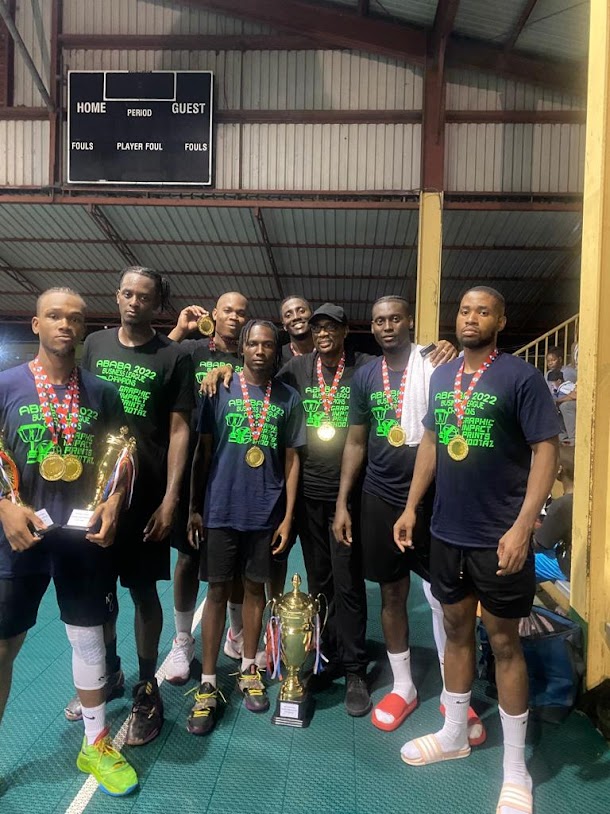 The Shooters claimed their first-ever business league title with a 61-45 victory over Anjo Wholesale in game three of the best-of-three finals at the JSC Sports Complex to win the series 2-1.

It was a true team effort for the champions as four of their players were in double figures to secure the win.

In addition to winning the title, the playoff MVP award went to benta while Anjo Wholesale’s Meade was named the Most Outstanding Player.

Media observers caught up with Benta after the win about his thoughts on the season.

“Proud of my guys. We fought hard, even when we lost, we didn’t give up. We came back, we regrouped and we got the job done. I think my performance was consistent. My teammates helped me a lot and in turn I was able to help them,” Benta said.

Benta also won the most outstanding player (MOP) award for the regular season, the most points award, the most three-point award, the Skills Challenge title and the most number award. points in a single game.

The latter he shared with Sandals’ Devorn Benjamin as both men scored 41 points.

Coach of the winning team and basketball legend Francois Richie was also delighted after the victory and the performance of his players.

“It was a great performance. I had to go deep in my bag of tricks and talk to these guys from the bottom of my heart to come out with this win and they didn’t let me down. They played with heart like me and how Carl “Bowlie” Knight would have done, and I saw that fighting spirit tonight and I’m so grateful to them for giving me this victory as a coach, as a sponsor, as a manager, I thank them.

“It was teamwork tonight. Tavarus had a great season. Sean was exceptional tonight, Kwame made the match with a fantastic slam dunk. We have Nickon and Yannick who really stepped up tonight. It was teamwork and I couldn’t ask for anything better tonight. I’m so happy,” Francis said.

Anjo Wholesale finished second in the league and Sandals third.

the Best Slam Dunk award, Erol Henry from the Board of Education took Best break a leg Move and

the most exciting player in the league.

Antigua and Barbuda Transport Board (ABTB) is the team that won the biggest cooler award.

The duo of Marlon ‘Buju’ Charles and Ishan Peets were the winners of the Two-man Shoot out.