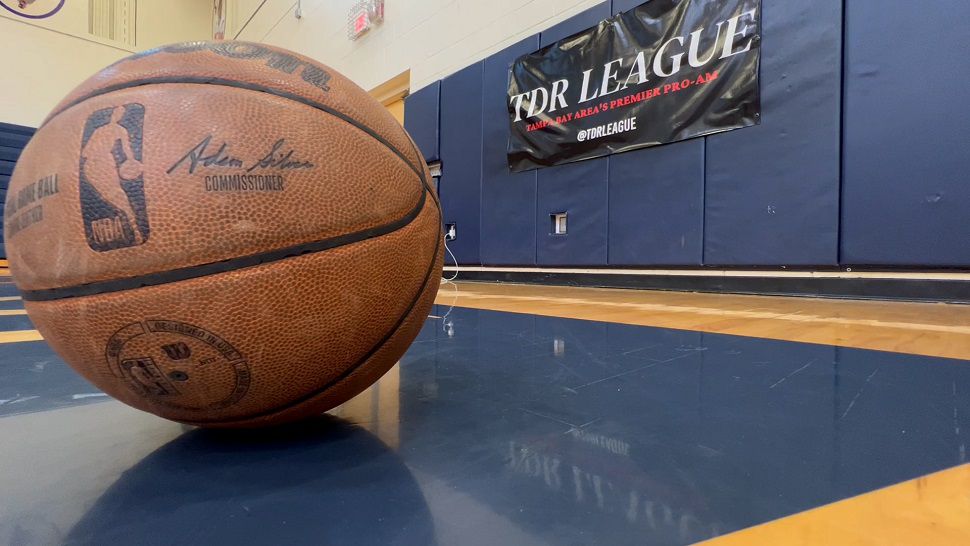 St. Petersburg, Florida — Barry Brown Jr.’s basketball journey took him all over the world. After a stellar career at Kansas State, the St. Pete native went on to play professionally in the NBA G League, Germany and China.

This summer, the Gibbs alum is playing basketball at one of everyone’s favorite places…his hometown.

“Being back here for me was everything,” Brown said. “Being back at my alma mater, honestly seeing people I haven’t seen in years, watching myself play again, so that was fun for me.”

Brown plays in The Different Route League or TDR for short. A new Pro-Am league in St. Pete has been started by fellow Gibbs alumnus Shaq Speights.

“So over the last two years I’ve been training players in the St. Pete area, professionals overseas, guys who’ve played in the NBA, so I’ve built relationships with them and I just wanted to give them a platform to play basketball in the Tampa Bay area,” Speights said.

The TDR League consists of six teams and includes players from the Tampa Bay area as well as professionals and former college students. Games are held every Saturday at Gibbs High School with the season running June 18 through August 7. Tickets are $5 at the door and admission is free for everyone 18 and under.

It’s still early days but Speights has high hopes for the TDR League. “We’re not at Drew League level but my plan is to get to that level one day here in Florida.”