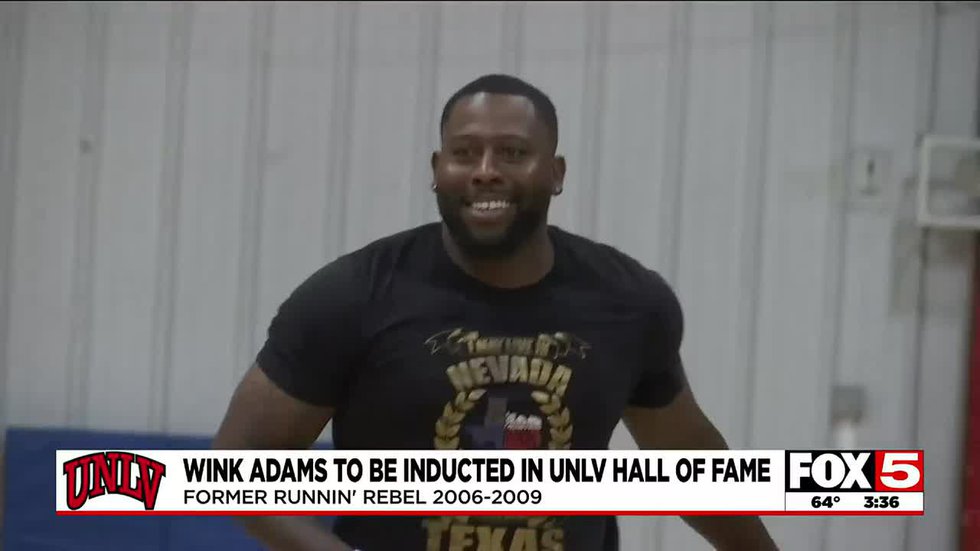 LAS VEGAS, Nev. (FOX5) – Former Runnin’ Rebels guard Wink Adams will be inducted into the UNLV Athletics Hall of Fame class in May.

Adams served as the starting guard for four years at UNLV from 2006 to 2009. He is the only four-year winner from any conference since the end of the Tark era. He led UNLV to back-to-back NCAA Tournament appearances.

He helped the Rebels reach the Sweet 16 in 2007 with an upset victory over second-seeded Wisconsin. He played alongside Curtis Terry, Kevin Kruger and was coached by Lon Kruger.

Adams credits his mother Reandre for his basketball success. He grew up in Houston playing ball and said he learned her work ethic and courage from her efforts to support himself and his older brother.

The 2022 UNLV Athletics Hall of Fame Ceremony will take place on Saturday, May 21 at the Thomas and Mack Strip View Pavilion.