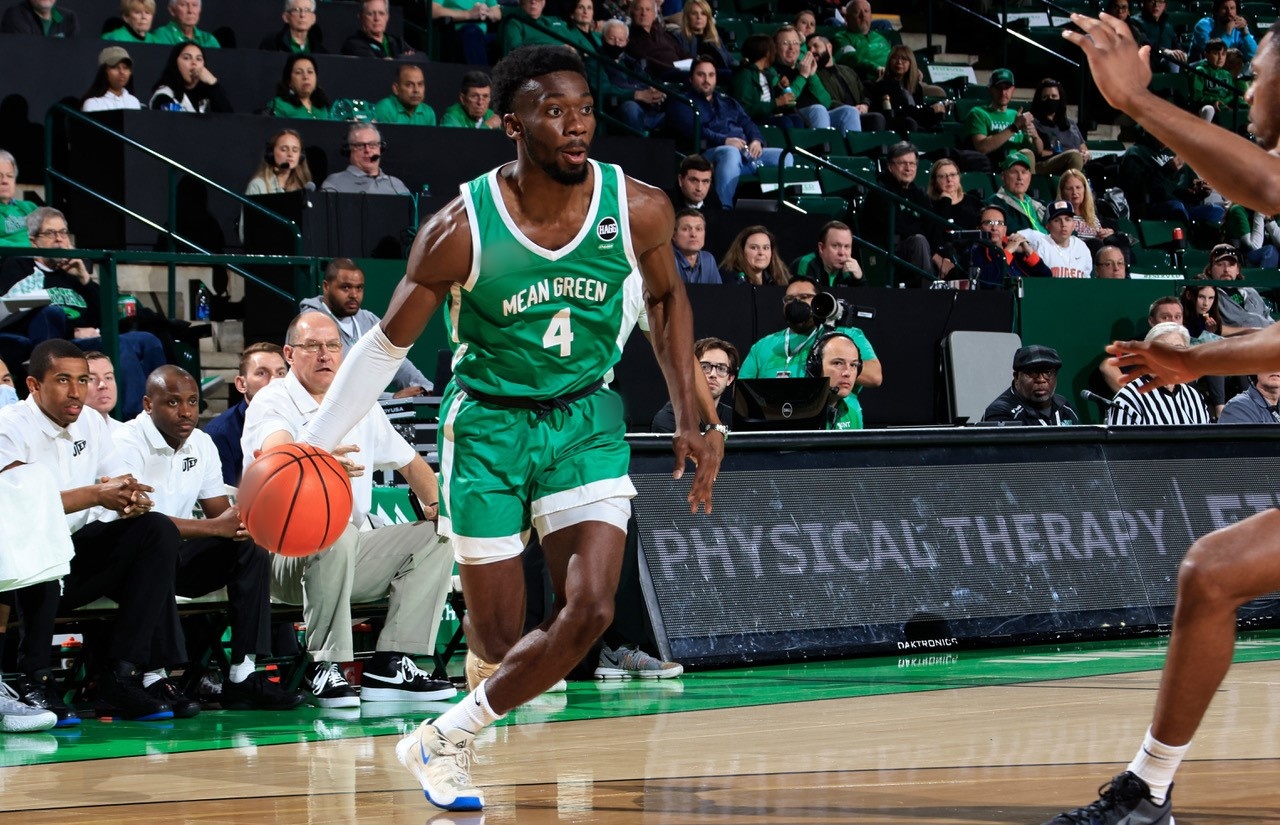 Bristol Flyers have completed the signing of Thomas Bell from the University of North Texas to a one-year contract.

The 6’6″ American striker has put pen to paper on his first professional contract and becomes the third player to join the Flyers out of UNT – following in the footsteps of Mike Miller and Zach Simmons.

Bell won three Conference USA regular season championships during his time with the Mean Green, posting a career average of 9.8 points and 6.3 rebounds.

Speaking on his first professional contract, Bell said: “The fact that I am leaving the country for the first time to play professional football abroad is a dream. I can’t wait to be there and will take the experience head-on.

“I have spoken to Coach Kapoulas on the phone several times and he keeps it simple. He knows what he expects from the team and he has made it clear that he wants us to compete for a championship.

“He told me that the BBL is a fast paced league and he really sees my potential and wants to bring it out this year.

“I spoke to Mike (Miller) and Zach (Simmons) about their experience with the Flyers and they told me good things about the program – I can’t wait to see it for myself.

“I know Mike will be there with me too, so it will be nice to have someone I know to show me the ropes.”

Commenting on the addition of Thomas Bell, Flyers head coach Andreas Kapoulas added, “It’s not really a surprise that we signed another player from North Texas.

“Thomas is a prospect that we have been following closely for the past few years and I really enjoyed talking to him during the recruitment process.

“He’s an athletic and versatile striker who impacts winning in so many ways.

“What stood out to me the most during his college career was his team mentality – he’s a guy who is ready to do anything for the team to succeed.

“Last season he took on a much bigger role for UNT and has become a key player, consistently delivering a host of big plays.

“I like that he’s not afraid of big moments. His dogged attitude and tenacity will be invaluable to our team this season.