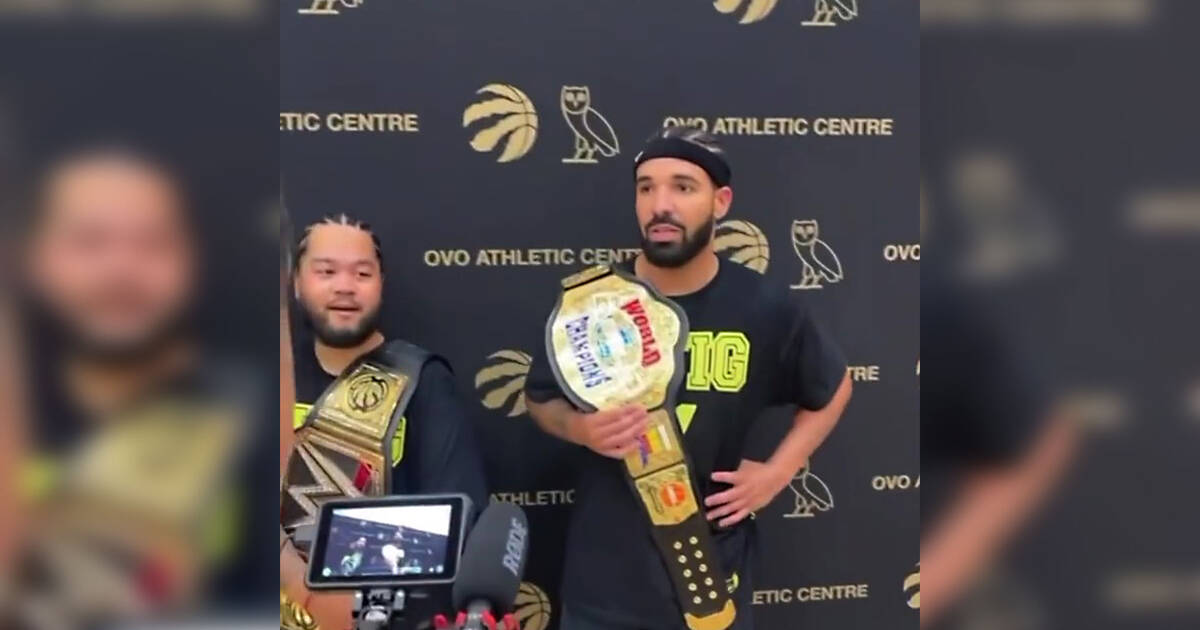 Drake is Toronto’s best-known (but arguably second-biggest) basketball fan, and when he’s not performing in front of sold-out crowds and jet-setters around the world in luxury, you will likely find him tearing it up on the court with NBA stars or his crew.

The multi-millionaire’s love for the game is evident in just about everything he does, building a luxury court at his sprawling Bridle Path mansion and even founding his own league, known as the Sanctuary Basketball League (SBL). .

Drake’s side NTIG reached the final again, and in a dramatic but slightly Walmart recreation of Kawhi Leonard’s famous three-point series, Champagne Papi prevailed with a game-ending three.

In video shared over the weekend, Drake can be seen unleashing a devastating step back three to seal the game, with the small OVO Athletic Center crowd erupting as the shot rang out from the backboard and into the W.

Following the winning move, Drake appeared in a sort of winners’ ceremony with his OVO teammates Niko and OVO Chubbs, where the trio were awarded obnoxiously shiny pro-wrestling style championship belts.

But how contested was that three-pointer? This is one of the questions asked by fans of the clip.

Another commenter points out how Drake’s basketball victories, playing among people who probably idolize him, could be compared to a much more sinister personality with a love of the sport, saying, “Drake playing ball reminds me of Putin. playing hockey… if you know, you know lol.”

If you don’t know, well, Vladimir Putin is known for taking to the ice for hockey games, where he manages to effortlessly outplay skilled athletes. There was the very suspicious time when he scored eight goals in one game against players under half his age, while the entire opposing team netted seven times.

Apparently, Kim Jong-Il was also the greatest golfer of all time. It’s easy when nobody wants to be the one to beat you.

Drake may not be able to end the world at the push of a button or wipe out his political rivals with classified nerve agents, but I imagine crushing three winning attempts by Drizzy himself would risk to cut you off from just about every guest list and afterparty on the planet.