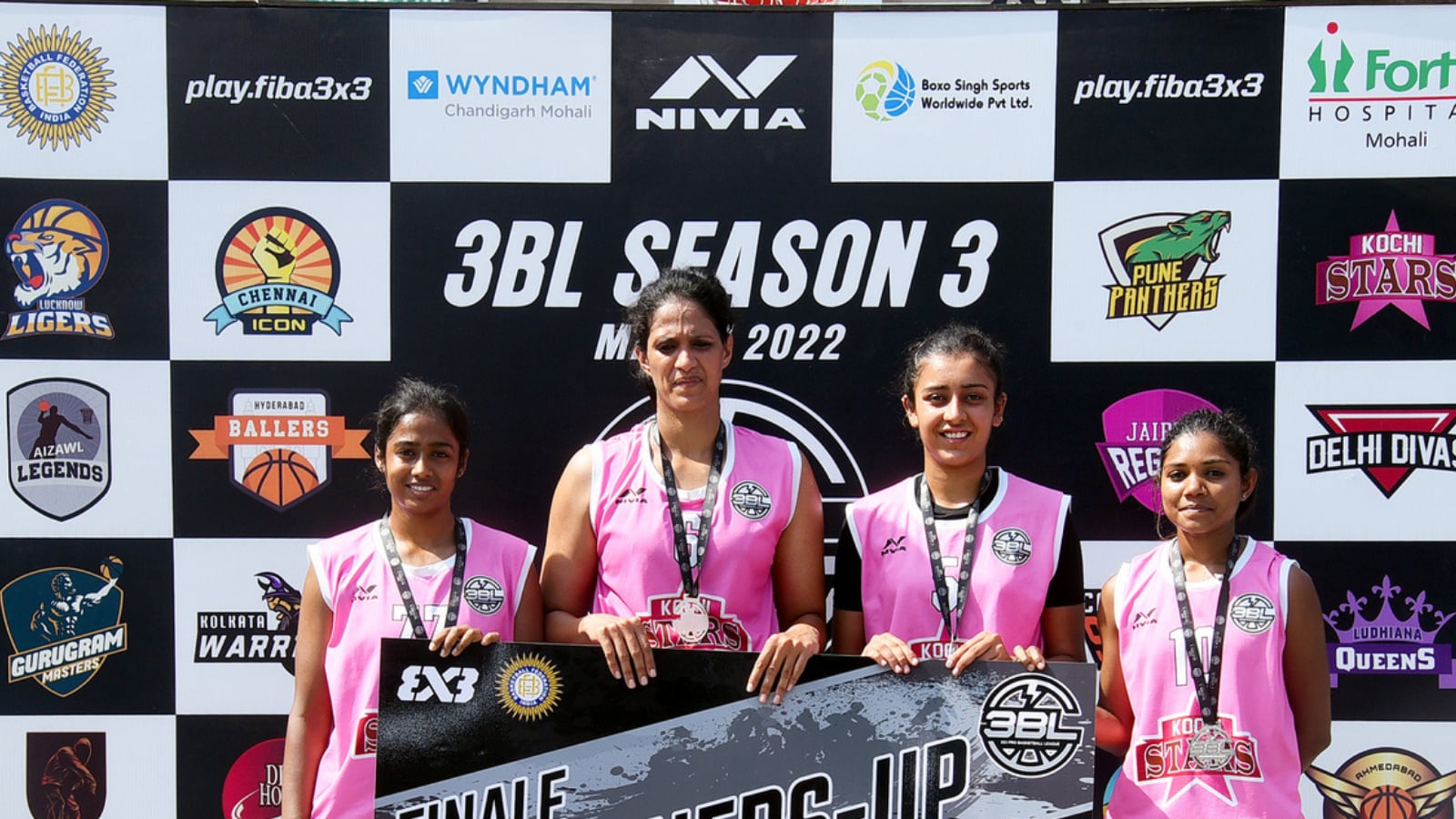 Indian national team player Raspreet Sidhu led by Delhi Divas has been crowned 2022 Women’s 3BL League champion. ‘3BL’, the only professional 3X3 basketball league in India, is supported by the Federation Indian Basketball Association and the International Basketball Federation (FIBA). Sidhu was named Most Valuable Player (MVP). The third season of 3BL takes place at the Wyndham Chandigarh Mohali hotel from March 8 to 21, 2022 and sees the participation of the best national and international 3X3 men’s and women’s basketball players.

Coming into Final Round 6, these teams (Delhi – 3; Kochi – 2) had won all five preliminary round titles between them.

The Kochi-Delhi rivalry has been the key storyline for the Women’s League so far, with their head-to-head results stuck at 3-3.

The final was expected to see a clash of contrasting styles, with the Stars reliant on paint control via Nixon, while the Divas showcased their full game led by a harassing defence. After a few messy first minutes, the decisive moment came with the scores tied at 7-7. Delhi took control of the pace of the game, managing to force Kochi to play a faster pace. In the process, Delhi built a four-point 11-7 lead that they never relinquished, for a hard-fought 17-14 win.

“3BL is what India needs”, Raspreet Sidhu
For her overall performance, Sidhu was named the Finals Most Valuable Player.

“I have no words. It’s such an emotional moment. The last two years have been hard on all of us, but this was the hardest for me….[because] I think I gave up. Being a leader isn’t easy, but being seen as a leader by your team is the hardest thing, and I think they [my teammates] are my leaders,” an emotional Sidhu said after receiving the MVP award. “On behalf of all the players in the Women’s League, I take this opportunity to thank [3BL Commissioner] Mr. Rohit Bakshi and Ms. Prerna Sharma Bakshi [3BL Director] to give a platform to all the girls. This [3BL] is what India needs. We need a stage to show our talent.

“We have six teams now [in the Women’s League]we will have twelve teams next season,” 3BL manager Ms. Prerna Sharma pointed out at the post-match ceremony.

3BL Women’s Champion Team to Participate in Asian 3×3 Tournament
As the champion team of 3BL Women’s League, Delhi Divas have been selected to represent India in the first ever ASEAN Basketball League (ABL) 3×3 Cup 2022 to be held in Bali, Indonesia, April 16 and 17. The ABL 3×3 Cup is classified as a FIBA ​​’Lite Quest’ competition which in turn serves as a qualifying tournament for a FIBA ​​’Challenger’ event.