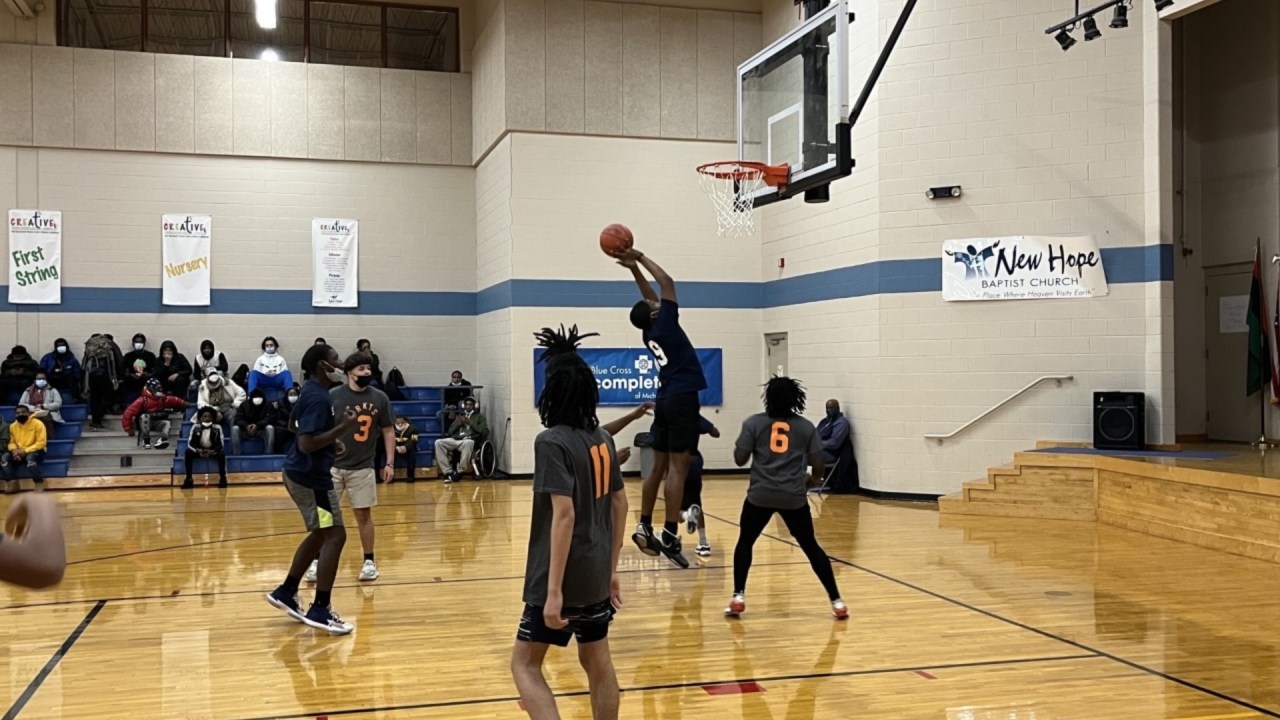 GRAND RAPIDS, Mich. (WOOD) — Youth sports can have a big impact not only on young athletes, but also on their families and communities. That’s why youth coach Christopher Lovelady is dedicated to ensuring the kids of Grand Rapids have the opportunity to get involved.

“I’m from Detroit, the eastern part of the state. A lot of opportunities weren’t available to me and other childhood friends growing up, so when I saw there was an opportunity to do this type of work, I remember what my mentor told me – be what you needed at the time,” Lovelady mentioned.

He started a foundation called All Good Sports with the aim of empowering young people through education, athletics and being assertive. The Grand Rapids Community Transformation Center has been a close partner over the years.

“All good sports means being a good sport in everything you do. Not necessarily sports and activities, but more so your lifestyle of activities. It’s more about character development,” Lovelady explained.

He’s been coaching a youth basketball league for years, but a $10,000 grant from the Grand Rapids Safe Alliances for Everyone task force allowed him to rebrand and completely relaunch the six-week league for 2022.

The Nehemiah Project has also played an important role in providing financial support to the Community Basketball League.

“The goal was to always use the grant to cover the site. It was really important that we provide this opportunity for the community to be able to support our young people and showcase their talent,” he said.

Lovelady said to make it possible, and they didn’t charge admission. Funds were also needed to make sure everyone looked unified, that their basic needs were met, and to cover arbitration costs.

“All of those things that incorporate a high quality basketball tournament that every youngster deserves,” Lovelady said.

Lovelady said the league might not be the ultimate solution in terms of reducing violence. Yet it helps anti-violence initiatives by teaching teens responsibility and providing them with a safe space.

“We had a Zoom meeting on Sunday for about an hour to go over some of the expectations and also hold them accountable to be where they need to be, to have a schedule. I told them that if something were to happen from whatever side of town you are – let’s say you live in that neighborhood – they won’t be able to identify you, or they won’t be able to tell it was you because you were at a specific place at a certain time,” Lovelady said.

He also hopes that by investing in young people and encouraging them to take advantage of the opportunities available to them, they will in turn do the same for other young people in the future.

“We are here to lay seeds. I can drop some seeds here. Someone else can water their seeds and then there will be a harvest. I believe it is a seed for them. They have to develop that. Over time they will go through life it will start to water and once that light bulb flashes there will be the harvest and then they will see that I have to go and drop seeds and repeat the same process,” he said. declared. .

For more on the annual Community Basketball League, you can check out the All Good Sports Facebook page.