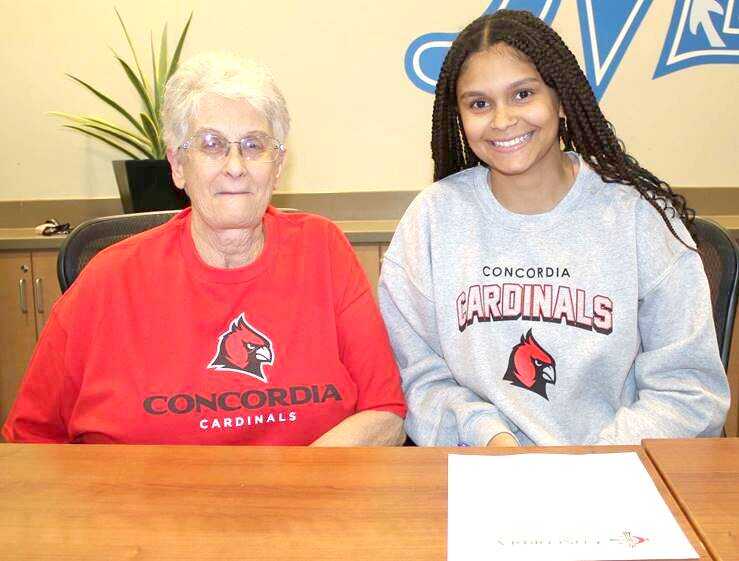 McCOOK, Neb. — A Kansas high school basketball player who thought she was done with the sport at the end of her senior year two years ago, signed a letter of intent to pursue her college career at a four-year school .

As a high school student at Decatur Community, Van Vleet said when her season ended in February 2020, she was ready to move on and just be a student.

Then a few months later, just two weeks before classes started, MCC coach Brandon Pritchett contacted her and offered her a chance to play.

Pritchett said he first noticed Van Vleet when he was an assistant with the MCC Men and watched Decatur Community games in the MCC Summer Leagues.

At the time, she was a “five-foot skinny freshman”.

“She’s grown and matured quite a bit since then and it’s something special to watch over the years,” he said.

In his first year with the MCC, the 5-10 guard played 24 games — mostly “on the spot,” scoring 55 points for the season. Known as a 3-point specialist in high school, she made just 13 shots from beyond the 3-point line in her freshman year at MCC.

“As a freshman, I came in very unprepared,” she said. “After last season, I really thought I would be done playing basketball.”

She also admits she really didn’t take it seriously until last summer when she worked with Pritchett, who she credits with helping her rediscover her love of the game.

In October, she was honored as one of six student-athletes named top teammates of the college’s six sports teams.

But injuries sidelined her when her teammates started the season with a pair of home games on November 5 and 6, and twice more during the year.

“It was tough because I just wanted to be on the pitch and get to know my teammates and the way they play,” she said.

When the Oberlin star returned to the field in the team’s third game, she ended up playing in 23 of MCC’s 31 games and was averaging 9.4 points and 4.7 rebounds per game.

Van Vleet finished the season as the third best free throw shooter in the nation with 90.4%.

She was also named to the Nebraska Community College athletic conference team.

“I was so impressed with the amount of work she put in over the summer to get to where she is right now.” said Pritchett.

She said that during the season, a friend of hers from Michigan thought she would be a perfect fit for this program and encouraged her to contact the coach, who was interested.

She took a visit in January and was sold. She is enthusiastic about the small-campus vibe of the NAIA Division II school, the big-city vibe of Ann Arbor, which is also the hometown of the University of Michigan Wolverines.

A business major at MCC, she plans to continue in that field in Michigan. She will be at 3 p.m. from her grandmother Pam in Oberlin, with whom she lives. She knows it will be a big adjustment, but knows it’s all part of the process.

She said she will also miss her teammates and coaches.