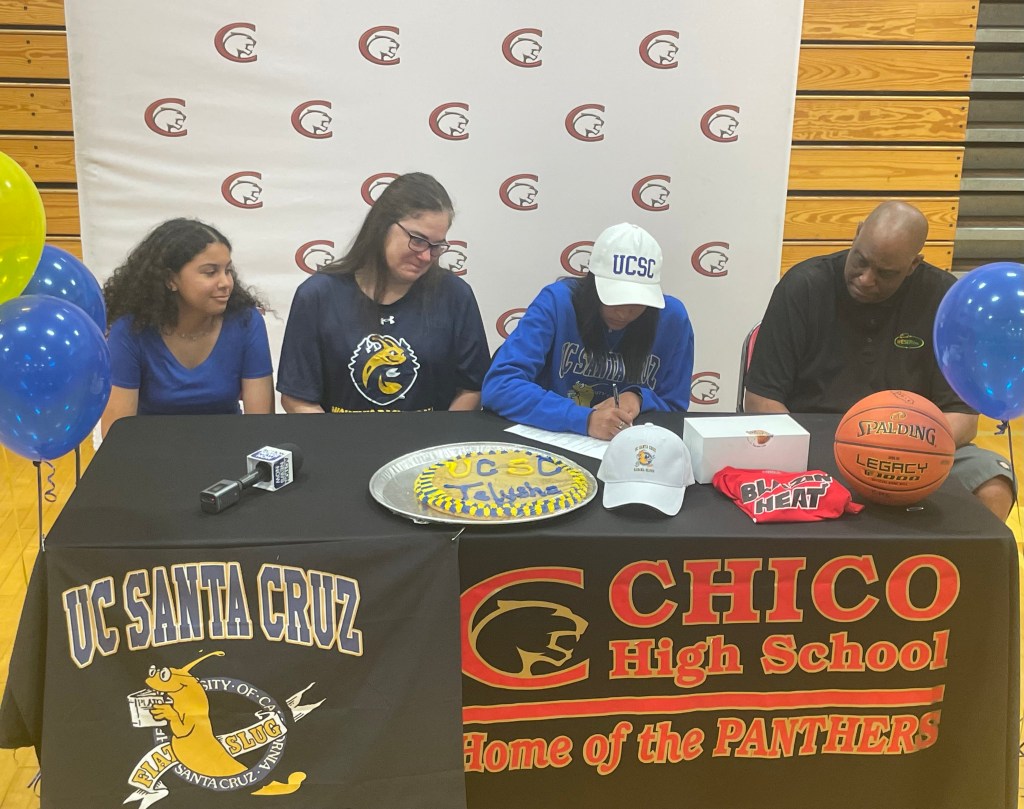 CHICO – Talysha Wilkerson’s days as Panther will soon be over, and her days as Banana Slug will soon begin.

On Thursday, in front of a large group of family, friends, former coaches and Chico High staff, Wilkerson signed her letter of intent to pursue her career as a basketball player at Division III University of California. , in Santa Cruz.

“It means so much to me. I’ve put in so much work and time, so it’s nice to see it finally paying off. I’m really excited,” Wilkerson said.

For Wilkerson’s father, Kevin Wilkerson, the head coach of the Heat and the boys’ basketball team at Hamilton High School, the realization came during his daughter’s sophomore year at Chico High School.

“I’m an old school coach and she had to earn this spot and she eventually earned it and then we had COVID. It’s just been a battle,” Kevin Wilkerson said. “The only thing she does and a lot of girls don’t is that she plays both sides of the court. She plays amazing defense and her IQ is really high. She takes smart pictures and it’s really fun to watch. You have to be a real coach to see that, and that’s what I’m proud of.

Wilkerson’s efforts during her senior season landed her an All Eastern Athletic League selection voted on by area coaches.

Wilkerson will play point guard for the Banana Slugs, where she looks to bring her defensive efforts, strong basketball IQ and hard work to UC Santa Cruz head coach Todd Kent and his team. These talents are something his father Kevin Wilkerson has also come to appreciate.

“I think she’s the ultimate point guard,” Wilkerson said. “Every parent wants their player to score 30 but I had to understand that she locks people in and she can shoot and she can play D and the D is the biggest piece. I think Coach Ken saw that and I’m excited to see her play in college.

Talysha Wilkerson said she was thrilled to arrive in Santa Cruz, next to the beach and the woods. She said she went to a practice, met the team and coaches, and really enjoyed the campus. For her father, not being able to tour every day with his daughter will be difficult, but he is delighted that she has the opportunity to continue playing the game they both love.

“We train every day. I kind of watch when we go to the gym like it won’t last too long, so that’s the hardest part,” Kevin Wilkerson said. “We have the ball in hand every day, so this part is going to be difficult, but I just want her to have the opportunity to play.”