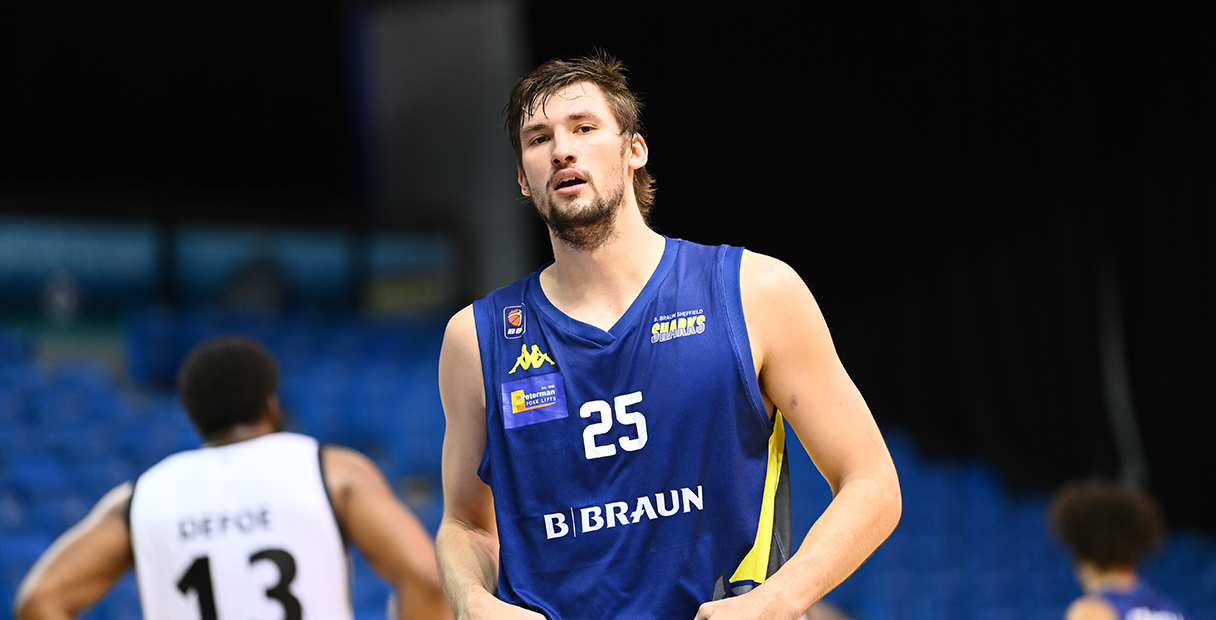 Bennett Koch has signed for a third consecutive season with the B. Braun Sheffield Sharks.

The 6’10” center from Ashwaubenon, Wisconsin returns to South Yorkshire following the 2020-21 campaign where he contributed 10.4 points per game with 4.8 rebounds and 1.4 assists on 59.4% of shots.

Koch has many admirers on the British basketball circuit for his tenacity in the paint and his willingness to mix it up with his opponents under the basket.

The 26-year-old played his entire college career with the Northern Iowa Panthers, where in his senior season he averaged 12.7 points and 6.1 rebounds per game. His professional career started at the now defunct Dutch Windmills in the Netherlands before signing for the Sharks in 2019.

“I’m very happy to have Bennett back for his third season,” Sharks coach Atiba Lyons said. “He’s a solid, consistent big man who knows what’s expected and what the culture is here at the Sharks.

Koch added: “I’m very much looking forward to another year at Sheffield.

“I can’t wait to meet my new teammates and see what we are capable of. We will work hard, work together and win some games.

“I would also like to thank the entire Sharks organization for another opportunity to play for them.” It’s going to be a great year. »

The new BBL season begins on Friday September 24, 2021 when the Sharks welcome fans to Ponds Forge for visiting Cheshire Phoenix.