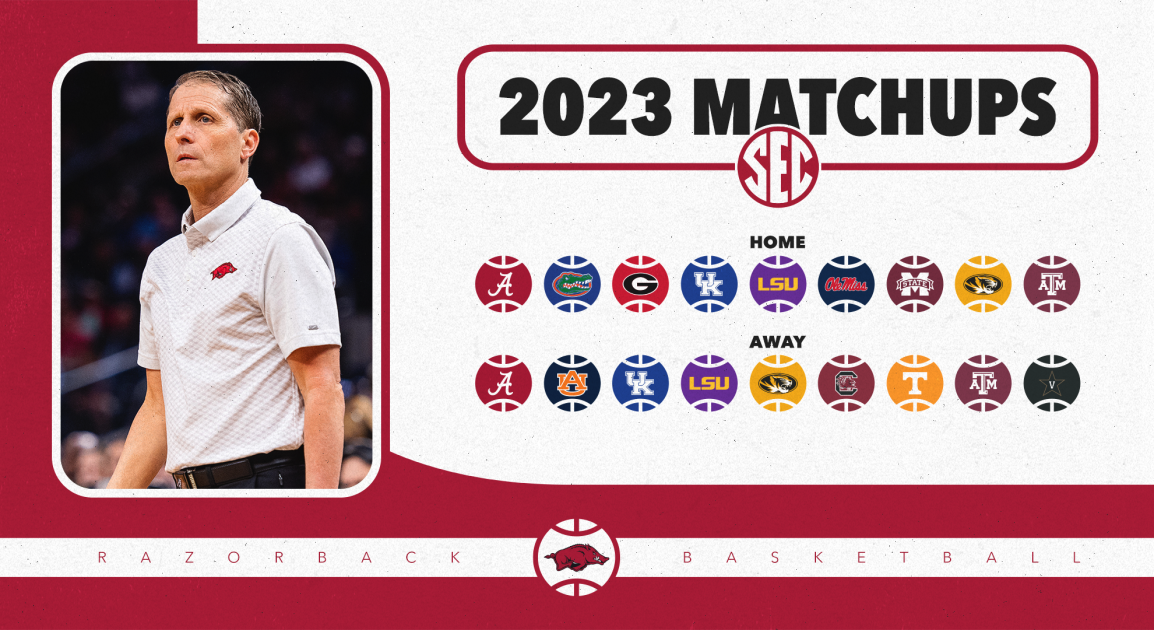 FAYETTEVILLE- The Southeastern Conference announced the men’s basketball conference opponents for the 2022-23 season on Wednesday. The Razorbacks will face five teams home and away, including Alabama, Kentucky, LSU, Missouri and Texas A&M.

Times, dates and TV information will be announced later.

As a reminder, the deadline to renew your basketball subscriptions is from Thursday to June 30. Passholders can renew online now by logging into their ticket account or by contacting the Arkansas Razorback Ticket Center by email [email protected] or by phone at 800-982-4647 (PORCS).