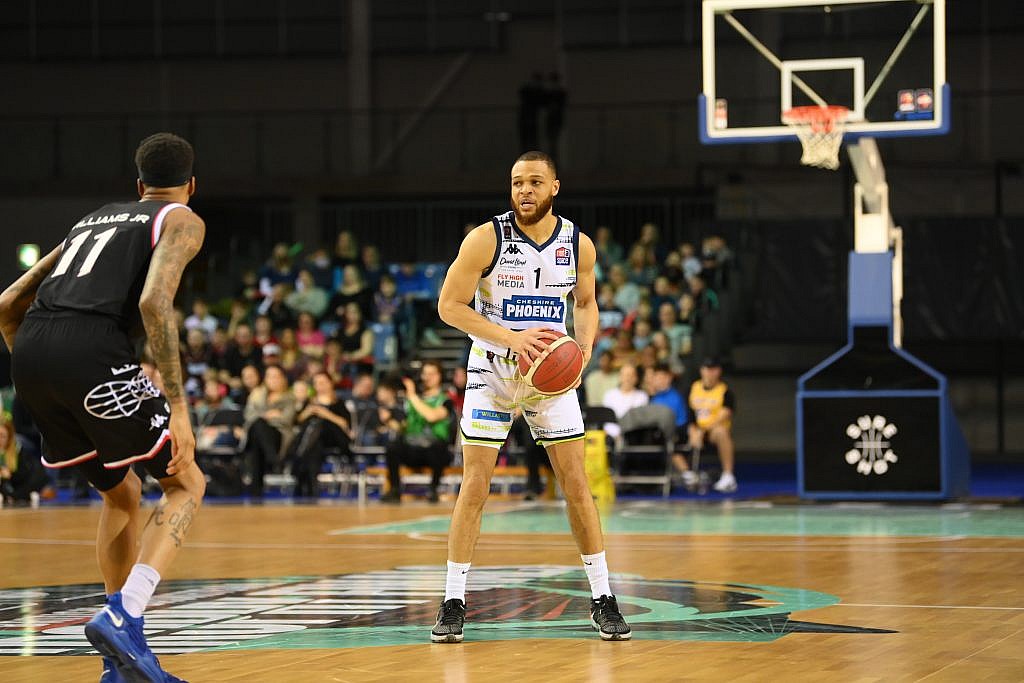 The first BBL All-Star 5 of the postseason features a number of players involved in sensational comebacks – some successful, some not – in a thrilling round of BBL Play-off quarter-finals over the weekend. end.

Larry Austin Jr. – Cheshire Phoenix
Cheshire Phoenix produced a 67-point first half on Sunday to come back from a double-digit first-leg deficit and take a double-digit aggregate lead, eventually faltering as Larry Austin posted a near triple-double to earn his sixth All-Star 5 appearance of the season. He attacked the Lions relentlessly, finishing with 23 points on 9-12 (75%) in shooting, with 10 assists and eight rebounds, scoring 13 points in a second quarter that the Phoenix won 35-16 to temporarily keep the front tie control. bow out.

Mike Miller – Bristol Flyers
In a classic BBL play-off tie, the Bristol Flyers came back from 12 points after the first leg to beat the Manchester Giants in the final two games of their game on Saturday, leading to a first All-Star 5 appearance for American guard Mike Miller who was the hero of the night. He had 33 points overall on 10-16 (62%) inside shooting and 4-5 (80%) from the three-point line, including a triple that sparked an 8-0 finish as the Flyers came back from the precipice, winning the game on Miller’s flipping jump shot with six seconds remaining.

Namon Wright – Cheshire Phoenix
Namon Wright is fourth overall in the All-Star 5 as he makes his seventh appearance of the season following Cheshire’s narrow second leg win over the London Lions at home on Sunday. He scored 31 points on 7-12 (58%) three-point shooting, also trailing seven rebounds, including three triples as Cheshire hit 12 to a 70% clip in their unstoppable first-half fightback, and four of five they made in the second half as they tried to hold on to their aggregate lead.

Kipper Nichols – B. Braun Sheffield Sharks
The Sharks won the first leg of their quarter-final on the road at Glen Luss Glasgow Rocks but ultimately fell short in the second leg live on Sky Sports, despite initial efforts from Kipper Nichols as he makes his fourth appearance All-Star 5 of the season and second in four weeks. In the first tie, Nichols scored 17 points on 8-12 shooting (66%), with seven rebounds, five assists and two steals, including a three-pointer in the third quarter that put them ahead and scores keys in the fourth to keep it that way before sliding into the rematch at home.

Jordan Harris – Glen Luss Glasgow Rocks
This second leg comeback for Glasgow was largely inspired by top flight Jordan Harris as he dazzled in front of the Sky Sports cameras to make his fifth All-Star 5 appearance of the campaign, but the first for eight weeks. He finished with a game-high 21 points on 10-13 (76%) inside shooting, along with seven rebounds and three steals, including three emphatic dunks that gave Rocks momentum as they initially took an overall lead in first period with Harris scoring the first seven points, before opening the second stanza with the first six points as Rocks led from the tip to the buzzer on the night.