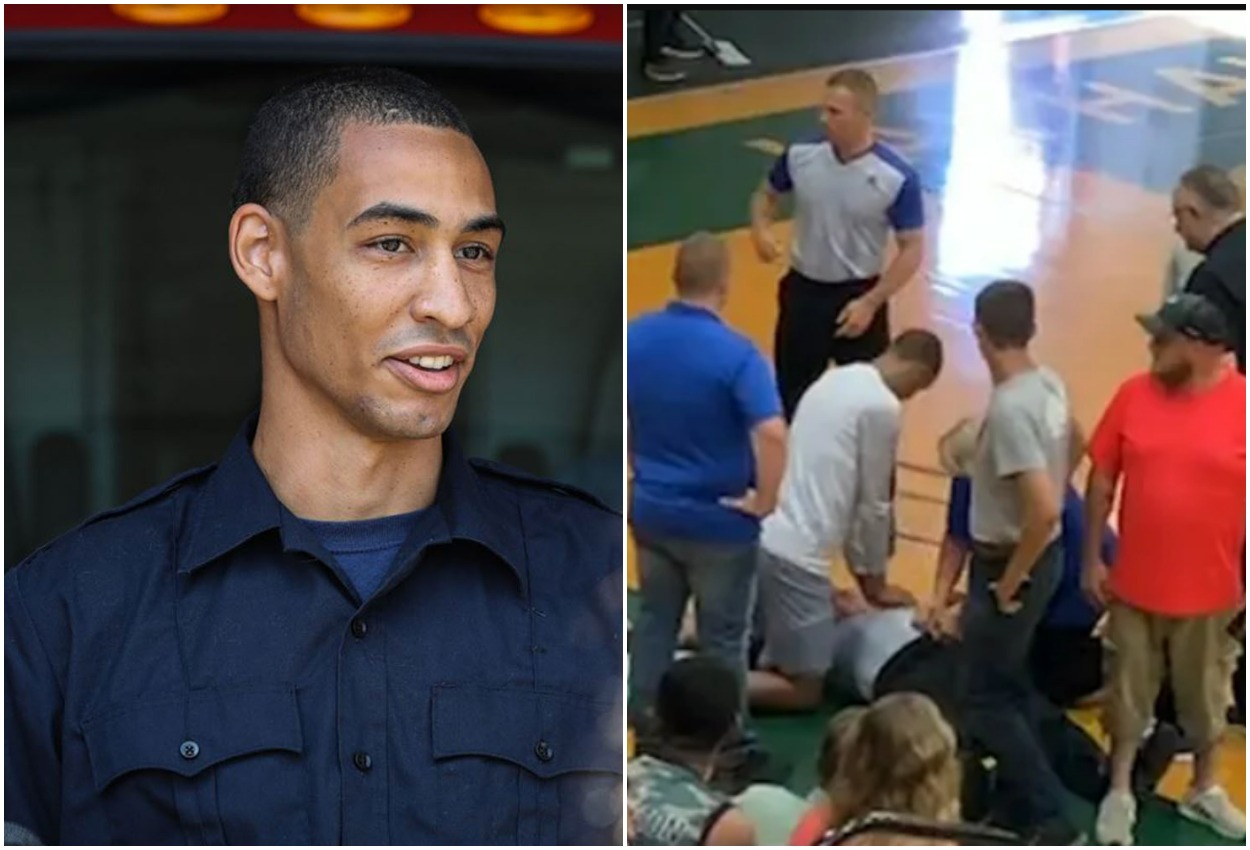 For the firefighter of Toledo Myles Copeland, saving a life comes with the job, whether in uniform or not.

Last weekend, Copeland, who plays for Toledo Glass City Basketball Club, immediately sprang into action to help with an emergency during Saturday’s playoff game in upstate New York against the Jackals of Jamestown in the Upper Midwest Division of the Basketball League, Front Office Sports reported.

When the referee John Sculli suddenly collapsed following a heart attack, the 25-year-old firefighter put his training first as he performed CPR until emergency responders arrived on the scene.

“That’s what they train you for, run towards the emergency, don’t run away from it,” Copeland told WTHR 13.

Copeland doesn’t usually play with the traveling team, but David Magley, basketball league president, said the player worked around the clock to be able to play in Saturday’s playoff game.

The ambitious player ran across the pitch when he and his team saw Sculli fall.

“I ran over to him, checked to see if he was okay, checked his pulse and breathing, and I didn’t feel anything, so I immediately started CPR,” Copeland told the Toledo television station, WTOL. He worked on him for 10 minutes before paramedics showed up.

Sculli, who has been a sports referee for nearly 40 years, was awake and alert when he left the gym and was taken to nearby hospital.

Copeland was able to go on and finish the game with a 96-93 win at Toledo. He also helped his team win another match the next day,

“Since then, everyone has called me a hero. It doesn’t occur to me that I’m a hero. It’s just a small act that I perform. (It’s) like I just did CPR on another day at work,” Copeland said.