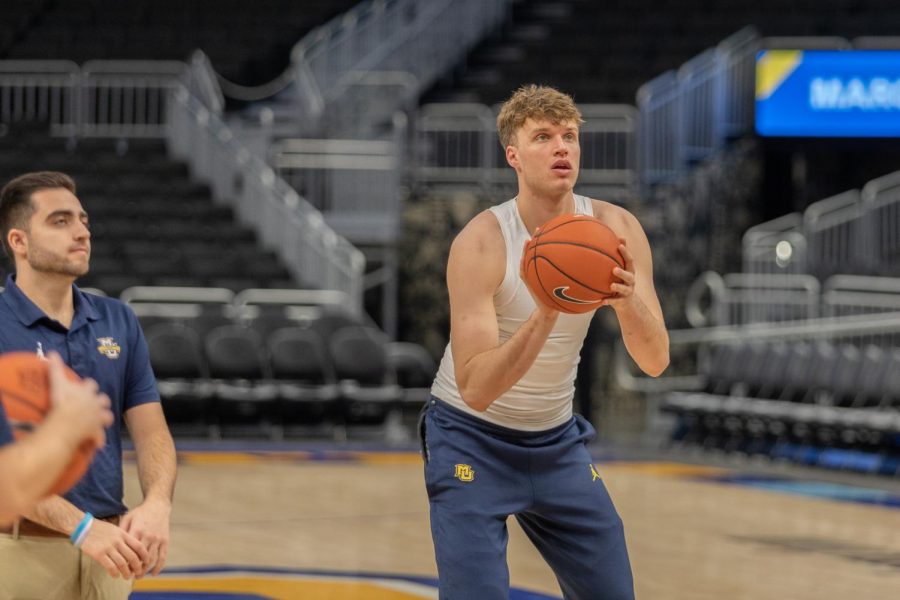 Jayce Johnson, a former Marquette center, is preparing to embark on a new basketball journey. He recently announced on social media that he will be traveling abroad to Romania where he will play professionally for BC CSU Sibiu. The team competes in a league called “Liga Națională”, which is the leading basketball league in Romania […]

Senior forward Peyton Williams celebrates from the bench after a successful play in K-State’s women’s basketball game against Oral Roberts at Bramlage Coliseum on November 18, 2019. The Wildcats defeated the Golden Eagles with a final score of 109 -69. (Logan Wassall | College Media Group) Peyton Williams will no longer be in Kansas when […]